Home Music Foundations Festival – just one example of why the North’s independent labels... 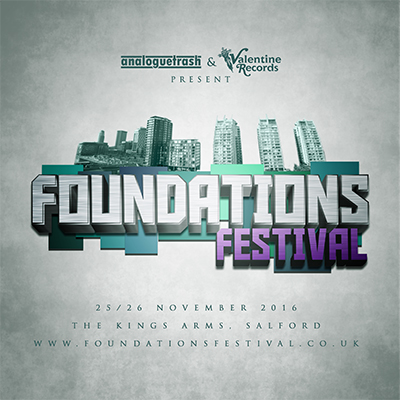 Forget pushed-out PR and fabricated ‘fests’ – Manchester is home right now to some exciting independent labels and artists who take the time to give much more than a passing nod to local culture and creativity, instead actively including it in their work. This brings us quickly to FOUNDATIONS 2016, a new festival celebrating the city as a place where so much music can indeed be ‘found’.

It is a joint venture between Manchester record labels Valentine Records and AnalogueTrash, the former taking on a wide range of alternative artists, whilst the latter brings forward those with more of an electronic element.

‘Variety is a big factor’

This variety is a big factor behind many indie labels in  and around Manchester – with others in the area including Scruff Of The Neck, German Shepherd Records, LAB Records and Debt Records. But it is Valentine and AnalogueTrash who are highlighting a new approach to independence in the city – coming together to set up a brand new festival. And it’s not just music, either.

Featuring a wide line up of label artists, creatives and friends, Foundations is about art, space and community – and how we can reimagine a conventional music festival as a more collaborative and immersive experience. It brings together not just sound, but cityscapes – taking place in a much-loved Salford venue, attracting attention from across Manchester, and much further afield.

Foundations includes the combination of sound with vision, a multi-sensory approach a little like Valentine Records’ previous attempts with their SOUND>VISION live nights; this time bringing together noise artists, poets, and performers with 16 featured bands across the two days –  Psydoll and Factory Acts just some examples. 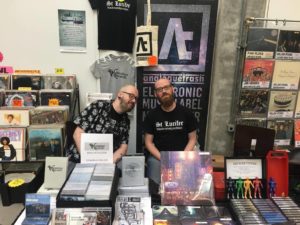 ‘Collaboration across the arts’

Another band set to play are St Lucifer of Valentine Records, proof of why these local labels are so exciting – as 3rd October 2016 was the launch data for their single ‘Trashorama’ including a devious music video filmed in the central Manchester location of the Wonder Inn. Rather than a commercial, clinical cut you can enjoy a music video debut handcrafted and directed by Morganna Bramah – and the result was recently aired at ‘Scalarama’ in Manchester, celebrating female directors.  This emphasizes the importance of independent labels’ creative freedom and the potentials this has for collaboration across the arts – rather than ‘commercial’ labels which can become aloof in regarding other creatives as ‘competition’.

Collaboration thus is a big factor and force in Manchester’s independent record scene right now – with the joint label launch of Foundations Festival just one example. It occurs between musicians too –  and across mediums, as Valentine Records’ Mark Corrin was recently featured on the Electronic North blog and Nick Luscombe’s programme on BBC Radio 3, giving a shout-out to many of the local artists and labels he celebrates on his own music show on Salford City Radio and also talking about his compilation of 12 impressive EPs: Archipelago Quest. This is available on Valentine Records, as well as new releases from Reigns of Monty Carlo with the ‘Cat Burglar’ album and also Lucifer X with ‘Land Speed Redux; a track-by-track cover of Hüsker Dü’s Land Speed Record like you’ve never heard it before.

‘Kinds of catalysts pulling  together influences from far and wide’ 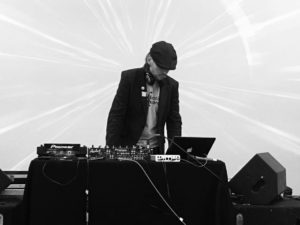 These are musicians seemingly inspired to think outside the box and continue to challenge themselves, with Manchester and Salford as kinds of catalysts pulling together influences from far and wide. For example Mark Corrin, who is based in the city, has recently written and recorded a new track called ‘Holographic Love’ with Greek electropop legend Ria Mazini.

She’s already worked with prominent musicians in Greece including ambient artist Miktek, though her latest collaboration with Corrin features fantastical vocals, great use of echoes, lasers and catchy electronic pulses. The new ‘Briam Mix’ from Mark Corrin takes this up a further level too and the digital release also contains 2 remixes from Lucifer X (Valentine Records) and AnalogueTrash artist Vieon.

‘Isn’t it about time Manchester made the most of its independents?’

But you don’t have to wait! AnalogueTrash are also hosting a new ‘Neon City Social Club’ night at The Pen and Pencil  (dates 13th October and 10th November) – in a venue which is showing the strength of celebrating those independents. On the first Wednesday of every month this is the place of New Music Social – a recently-launched networking event bringing together labels, artists, marketers and more. With further involvement from local Scruff of The Neck Records and regular live artists also at the venue, this is also an illustration that popular bar culture can combine with alternate and independent music.

So isn’t it about time Manchester made the most of its independents? With other cities such as Bristol already hosting Independent Label fairs, it surely makes sense for Manchester to follow suit. The Foundations are there anyhow.

For more information on Foundations Festival you can visit the website, and also AnalogueTrash and Valentine Records.