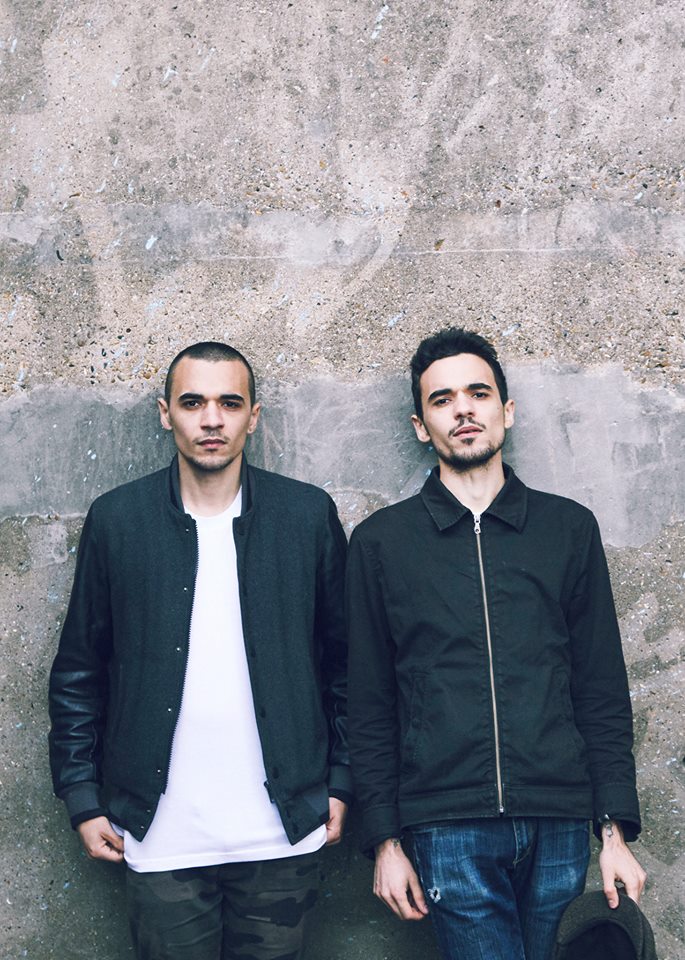 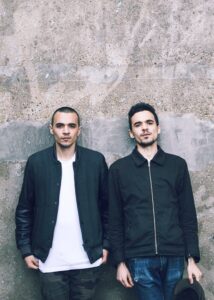 Headlining a free show put on by DIY at the Old Blue Last, South London two-piece Formation treat the audience to an energetic set, ensuring nobody is left standing still.

The first thing to note about Formation is, tonight, they’re not fucking around. This is no exhibition match, this is all or nothing. No half measures. By the middle of only their second song, frontman Will Ritson is shirtless, sweating, and bouncing around like a man possessed. This is Formation all over – energetic to the point of combustion but never shirking on quality.

Opener ‘Drugs’ is animated, but it is second song and anthem material ‘Back Then’ that blows away the cobwebs, pinning eyes to the stage. Racing in on paint it black drums, with an infectious building rhythm that proves impossible to stand still to, it really is a juggernaut of a tune and the band look as if they’re having a ball. ‘Big Things’ follows with wall-crumbling bass (the sound engineers at the back laugh at each other before turning it down slightly) and a hearty serving of funk with a slight Chic-esque quality to it.

With some bands that are as frenetic as Formation, their on-stage frenzy is sometimes making up for other weaknesses, but what’s evident tonight is that the quality matches the energy. Will’s voice is surprisingly as good live as it is on record and the band are able to keep up that recorded sound, albeit building on it by passionately pelting it out live. Infectious single ‘Hangin’ exemplifies this with the crowd bouncing along to the infectious groove and the cowbell (not for the first or the last time tonight) taking a good beating.

‘A Friend’ is introduced and dedicated to a fan on twitter that couldn’t make it (the band offered to pay his train from Luton) before launching into more explosive cowbell and luscious danceable grooves. The set is littered with a few slower numbers, with the band treating themselves to the odd chance to breathe, but these are long forgotten by the time climactic set closer ‘Young Ones’ kicks in.

Now, out of curiosity, how many times have you seen a conga at a gig? It’s zero isn’t it? Maybe one at a push. As the intensity of ‘Young Ones’ builds and the percussion reaches an entrancing high, that’s exactly what breaks out in the crowd. A fucking conga. Not your 80s Black Lace style affair, but the result of a groove building to such a frenetic high, that all that’s left for frontman Will to do is lead the crowd, pied piper-esque, around the venue brandishing the cowbell, giving it a final infectious pummelling before the song is out. That ladies and gentlemen, is a performance. Spread the word, catch them live, Formation are the real deal.

All words by Davey Brett. More writing by Davey on Louder Than War can found at his author’s archive.