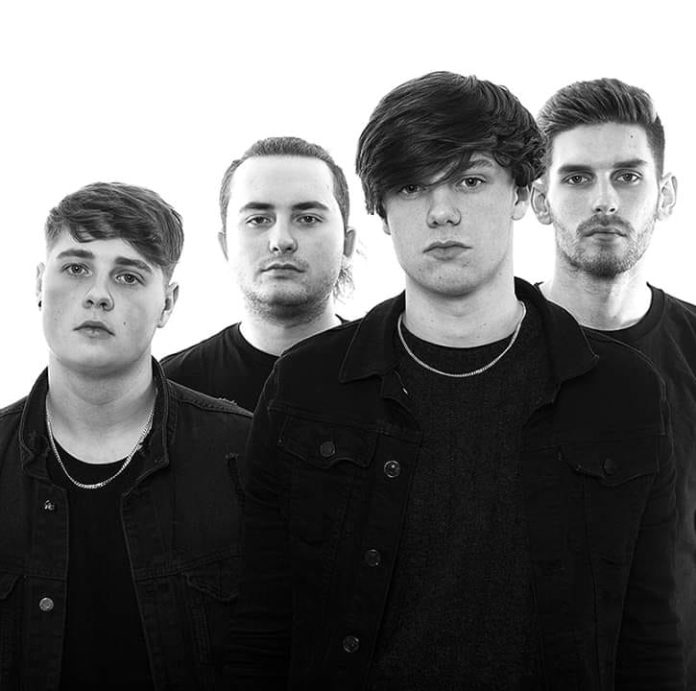 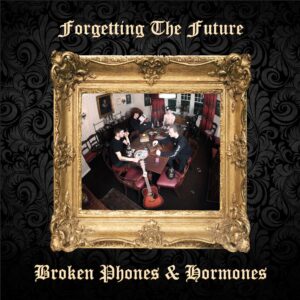 Thurso indie-rockers Forgetting The Future bring out their first album Broken Phones And Hormones, an exciting and beautifully crafted compliment to their exciting live shows.

Thurso is as far north as you can go in the UK. You might expect a band from a small Scottish town to lack a certain sophistication. You would be very wrong though. Having been together for some time now, they have grown and have refined their musical abilities without losing the excitement their live shows are known for.

Broken Phones And Hormones is Forgetting The Future’s first album. It features some old favourites such as the excellent Latch and some of the newer singles. However, the quality is apparent throughout. There are no filler tracks here, just good solid indie rock featuring excellent musicianship and distinctive, compelling vocals.

Broken Phones And Hormones has been recorded and produced by Ken Allardyce, who has previously worked with bands such as Greenday, has obviously worked closely with the band to bring out the nuances of their sound. As the band are so musically proficient the mixture of great performance and great production make for a stunning debut.

From the outset, the album draws you in. The lush guitars of Pause combined with teen-lust lyrics are an instant winner. Cherry’s sinister intro soon strays into more traditional indie territory with crisp lively guitars and Robbie McNichol at his indie-goth best. His vocals sometimes have hints of Brian Molko of Placebo, never a bad thing. His vocal content is distinctive and often breath-taking. 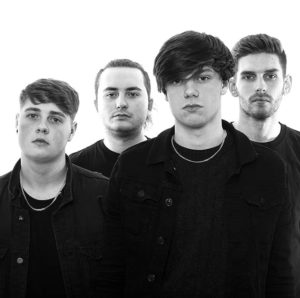 Sara Tonin, a recent single which has received decent airplay, has a punk feel to the intro giving a slight edge to this basically indie track. And what fine indie it is. By now the first-time listener has just about got past Robbie McNichol’s vocals and has begun to appreciate the great way the rest of the band pull together. With Jamie Mackay bringing really outstanding guitars to the mix, drums from Connor Wilson, bass from Max Paul and Robbie McNichol’s rhythm guitar, the band are quite a special proposition.

Another recent single, Bluetooth, continues the great content, with an anthemic, soaring sound. Inhaler, with its undertone of resistance, is another stand-out track on Broken Phones And Hormones. The hard-hitting chorus of ‘You …Just…Dilute me. I… won’t… conform’ is an impressive lyric in an impressive song.

The bass-heavy intro to Alligator leads to the heart quickening drumming and a dynamic track all round. As I said earlier, there are no fillers on the album, but this is another track that stands out just that little bit more.

Fracture has a more forceful, darker feel to the music, although it is simultaneously a really top quality indie track. Again, musically inventive and very listenable.

For those who have heard Forgetting The Future before Latch needs no introduction. Arguably their strongest track, it has been re-worked again for the album. This is an all-round winner of a track and one that has been a personal favourite since I saw them live a few years ago. Soaring vocals, musically intricate without seeming contrived. Totally superior in every way.

Confused begins with some lovely guitars before the rhythm quickens and the track turns into another indie gem. The album ends with the acoustic 107, with high quality lyrics and vocals to match.

Broken Phones And Hormones is quite a debut. Forgetting The Future are still very new on the scene and suffer a little from their geographical location, which makes touring a difficult and expensive proposition. However, they have a tour planned to promote the album. Their only date outside of Scotland is in Manchester. Well worth a visit if you can make it. Full tour dates here. The album is well worth a listen. Indie fans should lap this up.

Find out more about Forgetting The Future at their Facebook page.