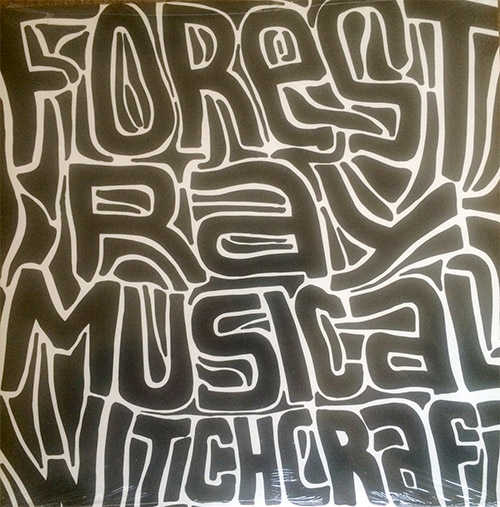 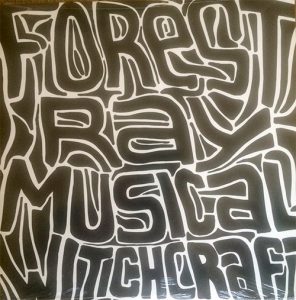 Based in Seattle, Washington, and possessing a retro sound that doesn’t fall prey to sounding dated, Forest Ray’s debut album was originally released in February on Bandcamp. With the album now available as a limited edition vinyl record, Louder Than War’s Martin Unsworth checks it out…

Starting the groove in style is opener Hung Up My Mind, which features an infectious Joe 90-esque bassline and some beautifully sharp, edgy guitars. These give way to a simple but atmospheric few verses that – coupled with the music – send the listener to a hazy otherworld.

The feeling continues with the jangly guitars and phased effects of Let It Go. It might have inaudible vocals, but god damn does it burrow its way into your brain. No external stimuli are needed for this trip, the music if enough to get high on.

Forest Ray is essentially a two-piece (Peter Sumic and Robby Porovich) and the entire album was recorded on an 8-track reel to reel, and this lo-fi approach pays off immensely, giving each track an authentic but mesmerising feel. The track Falling wouldn’t be out of place in some European ‘60s spy thriller, with its Shadows-type guitar sound stunning bass intro.

Homage and Masni Burek are both stunning instrumentals that showcase the duo’s flexibility; the latter track boasts a contagious hook, which gives way to a total freak out of sonic dexterity and jangling strings.

The vocals throughout the album have a ‘shoe-gaze’ feel to them; indecipherable for the most part due to the added distortion, reverb, and other effects, but it’s something that works perfectly to focus the attention toward the music rather than lyrics. Podgora is a perfect example. It has the atmosphere (pun intended) of a Joy Division outtake, albeit without the elaborate production.

Album closer Tapioca Timepiece (Farewell) is a little more freeform, held together with some beautiful horns but certainly not suffering from the less cohesive structure. It builds, however, to envelope the listener with a dreamy, ethereal quality.

Forest Ray is the epitome of garage rock, a throwback to a time when every band made the most of what they had – particularly when it was very little. The retro-style coupled with the authentic analogue sound make the record all the more hypnotising and engaging. There are no signs of flower power of peace symbols anywhere, but Musical Witchcraft could have come straight from the ‘60s. Yet it still sounds so fresh and exciting. At a time when bands are falling over themselves to be ‘authentic’ and embrace the resurgence of vinyl, Forest Ray is the real deal: stripped back, infectious, and sound utterly stunning on that twelve-inch slab of plastic. If you still long for that feeling of excitement you had when you first heard Sonic Youth, Nirvana or the like, give Forest Ray a chance, it may not be literal witchcraft, but it’s certainly enchanting.

You can find Forest Ray on Facebook, Bandcamp, and Soundcloud.