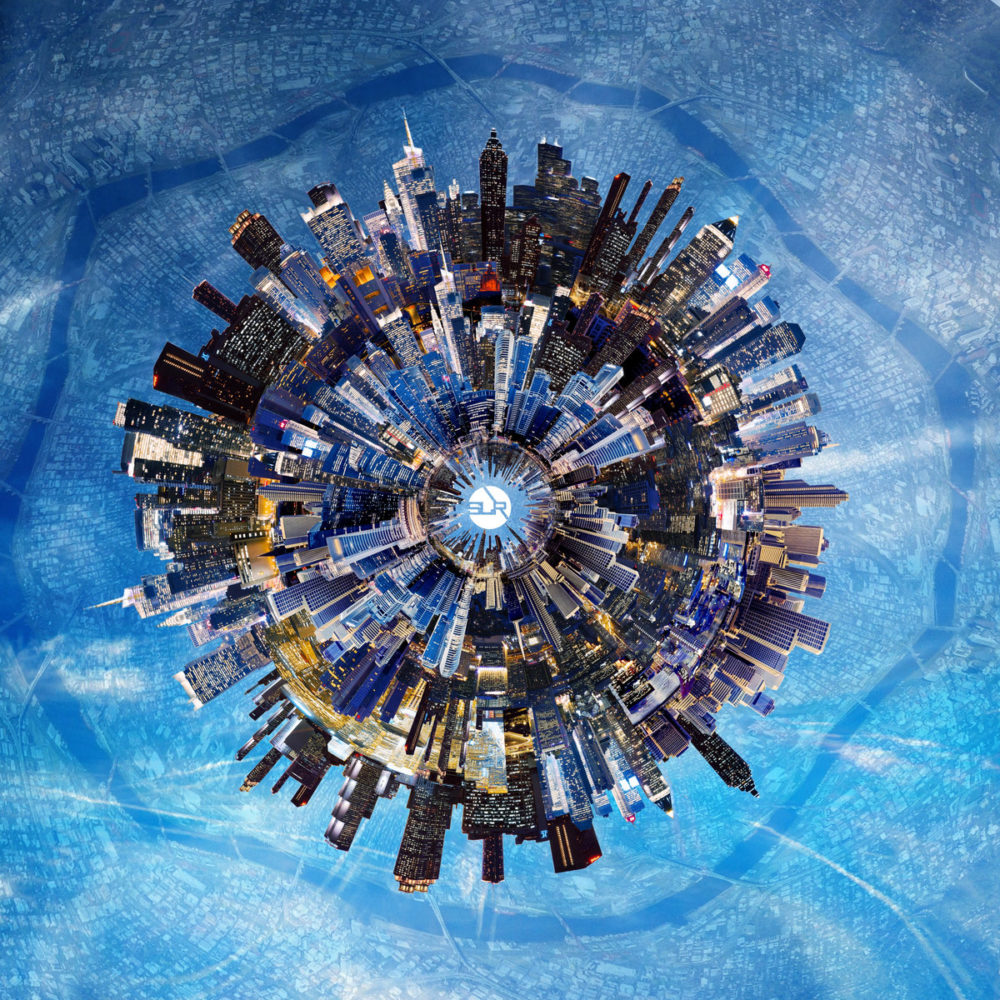 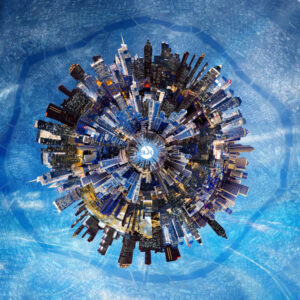 Debut album from the two piece production team comprising James Reid (ex-Blue Amazon), and Christophe Bride; Blue Amazon are arguably best known for the 1997 progressive trance album ‘The Javelin’, whilst French born Bride released a pair of 12″ singles as Forbidden Planet back in 2002, has released material in the guise of Beat Wizards though has recent recording/producing credits for Sonic Boom Six and both Spear of Destiny and Theatre of Hate; this meeting of diverse genres and styles has resulted in one of the most intriguing releases of the summer.

‘One’ is a essentially journey, a vibrant, textural journey through electronic music during which Forbidden Planet reference their influences, these range from Blade Runner era Vangelis, Throbbing Gristle, Hans Zimmer, through to I’d suggest sound systems like Megadog, and current progressive techno DJ’s like Octogen. Whilst the album is divided into ten separate tracks it would be a serious mistake to listen to each track individually;

Opener ‘Fatal Planet’ arcs right back to the original Blade Runner, the scene in J. F. Sebastian’ apartment as the electronic keyboard skitters, creating urgency, before more organic sounds come to the fore, a snatched Eastern vocal refrain guiding you into a sonorous beat, ‘Electronic Tonalities’ is exquisitely titled – you find yourself surrounded with shards of sound, shimmering in the mist, awash with both natural and supernatural references… all of which derive from a huge studio filled with an array of classic, authentic synthesisers, including Moog’s, Roland’s, Oberheim’s, the classic TB-303, Juno’s and many more.

‘The Mercury Quadrant’ is an ambient techno masterpiece, whilst ‘The Tempest (Ariel’s Dream)’ propels you forward across frozen tundra’s towards ‘Alteira’ with its cavernous bass complimented by laconic drums; there is something seriously good going on here, in the background a nagging acid line synth refrain builds to an apex before cascading waves all around.

‘Neuronic Tendancies’ has an altogether more ominous tone to it, hinting at ‘Chakra Red’ era Projekt Pitchfork, strangely unsettling and at the same time through its careful use of expansive textures draws you ever closer before delivering you into the luminescence of ‘Asylum’ complete with trippy vocal chants.

‘Silver Tongue’ at just shy of 9minutes length is the ultimate culmination of the influences shot through this entire recording, it lacks a definable beat so evolves through natural steps introduced by female vocal snatches, building drones and patterns, it’s dense, with layered swirling rhythms attaining a cosmic pinnacle.

‘One’ effortless demonstrates Forbidden Planet’ proficiency in marrying both electronic and analogue instruments, it’s a task many set out to achieve, on the evidence here Forbidden Planet have mastered the art.