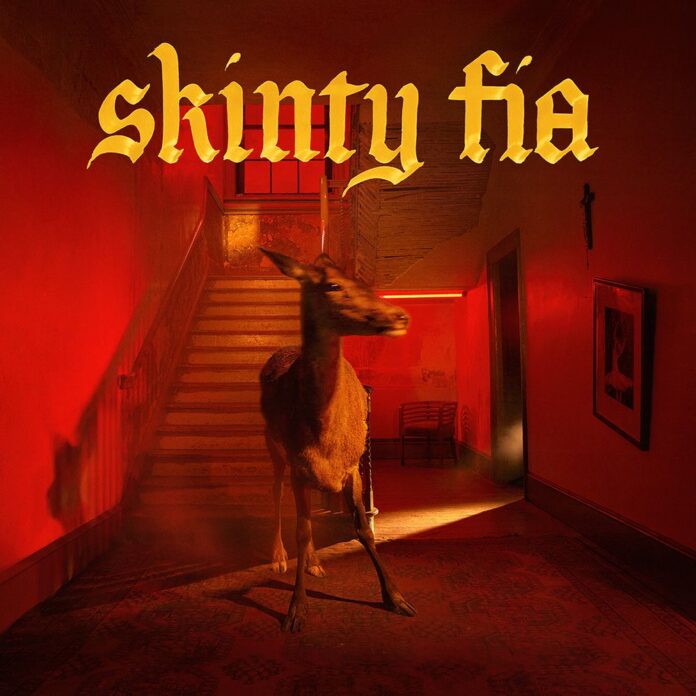 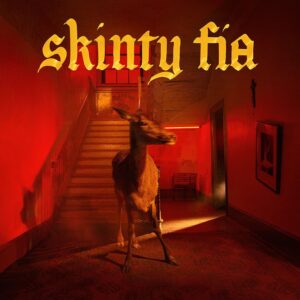 Fontaines D.C. return with their third album in three years and a new widescreen sound. It’s the masterpiece they’ve been working towards from the start, says Tim Cooper.

We hear a lot about the “difficult second album” but really it’s the third that defines an artist’s legacy. The first is the one they’ve worked towards since the start; the reason they formed a band in the first place. The second is often more of the same, or a more polished version of the same thing. The third is where it all coalesces, where they take everything they’ve learned and apply it with all their new-found expertise and experience.

When it works it’s a masterpiece.

Think back to London Calling and All Mod Cons; to Remain In Light and Parallel Lines; Born To Run and War; Bandwagonesque and The Queen Is Dead; Screamadelica and Urban Hymns; OK Computer and Parklife. Third albums every one of them.

Way back in January 2015 our own John Robb sang the praises of a Dublin quintet called Fontaines D.C., predicting big things for them (spot on, John!) and coming within a whisker of releasing their first single. It would be three more years before the wider world got their first taste of them with a sequence of singles, each more arresting than the last; as recently as that December you could still see them in the back room of a pub, as I did, reviewed right here.

In 2019 came Dogrel, a debut album that lived right up to the hype, that we acclaimed as the debut album (if not simply *the* album) of the year. An exuberant celebration of Ireland, and Irishness in general, and Dublin in particular, it blended Joycean lyricism with primal guitar music of the type we’re constantly being told has gone out of fashion forever but never actually seems to.

It was followed by a dark, divisive second album, A Hero’s Death, written on the road in America during a tour that sounds as if it nearly finished off a young band being forced to survive in a claustrophobic environment in an alien land. It was filled with a suffocating sense of disorientation, discomfiture and dysfunction: musically the songs were slowed down, reduced to repetitive riffing and declamatory slogans: “Life ain’t always empty,” chanted Grian Chatten over and over and over and over and over again, suggesting the very opposite to those words.

It divided opinion, especially among those who had acclaimed the debut album, but it sold well, and their raucous live shows attracted a boisterous new crowd eager to find a singalong replacement for The Pogues; where once we would listen to Chatten’s Dublinesque delivery, now we would hear the massed voices of men bellowing those slogans back at him in whatever regional accent was the norm in whatever venue they were playing. It was a different experience, but the band had grown in confidence and those songs grew into anthems.

So what happened next?

What happened next is the pandemic, out of which has emerged Skinty Fia (a borrowed expression used as a kind of mild expletive). And it’s a big step forward, similar to the transformation in a previous band of Dubliners when they recorded their own third album, War, and hit the top of the charts for the first time. Not that there’s any real musical comparison between Fontaines and U2, whose extrovert frontman is the polar opposite of Chatten’s disconnected stage persona, beyond having a hometown in common (though the ringing guitar figures that propel several of the tracks have a similarly epic quality to them).

While being recognisably a Fontaines album from the start – how could it not be with Chatten’s distinctive delivery to the fore? – it’s, as the cheesy old ads used to say, basically bigger, bolder and better than before. It’s also filled with surprises, which begin right away, with the six-minute opener In ár gCroíthe go deo.

Over an ominously insistent bassline, church-like choral harmonies create a miasma of mellifluous sounds (and that’s not something we’ve heard before from Fontaines). Chatten sings with a new-found musicality as waves of electronic sound start to throb, chanting a sad refrain: “Gone is the day, gone is the night, gone is the day.” It’s an invocation, an incantation, and it’s the most audacious thing they’ve done to date. We wait well over two minutes before the drums come in and, when they do, they have the scattergun patterns of drum’n’bass. New territory indeed: a result of drummer Tom Coll immersing himself in Goldie and Roni Size during lockdown.

The six-minute opener was inspired by the true story of Margaret Keane, an Irish woman in Coventry who wanted to have the Irish-language inscription “In ár gCroíthe go deo” (meaning “In Our Hearts Forever”) on her gravestone but was forbidden by the Church of England on the grounds that it would be “provocative.” This, incredibly, was not in a bygone century but in 2020. And it had a special resonance for Chatten.

The song sets the tone for the album’s theme, which is the singer’s conflicted feelings about his Irish identity now that he – and the rest of the band – no longer live in their hometown, prompting waves of guilt and sadness. Living in London, he says he experiences racist microaggressions on a regular basis (little things like being asked, while out for a pint with his girlfriend, to amuse strangers by saying things like “Top o’the morning” and “What’s the craic?” in his strong Dublin accent – and big things like overhearing fellow drinkers allude to the likelihood of a bomb going off because of all the Irish people in the pub).

The theme, though, manifests itself in a melancholy longing for a place that’s no longer home, yet will always be home: conflicted feelings he expresses directly in I Love You, which starts as a sweet ballad (“Imagine a world without you… I only think of you”) before flipping a switch to expose the many problems of Ireland today, with Chatten snarling about its ongoing church-related scandals (“Selling genocide and half-cut pride… This island’s run by sharks with children’s bones stuck in their jaws”).

Bloomsday is another tune that looks at Dublin through an expat’s eyes, a place “where it’s always fucking raining and it’s always dark”, the song as slow and lurching as a walk home from the pub down cobbled streets in the rain,  Chatten singing in a lower register as the guitars play off one another with chiming arpeggios. Sadness and guilt blanket the song, with the singer, wise and old beyond his years, bemoaning the man he’s become since he left the place where he once traced the steps of James Joyce and Flann O’Brien and Patrick Kavanagh. “Oh to be young once more,” he sings plaintively. (Chatten is 27).

The title track, Skinty Fia, is perhaps the biggest musical departure of all, with its eerie squelches and skittering breakbeats matching the paranoia and anxiety in the lyric, with Chatten questioning the cost of fame in a low growl as guitars illuminate those breathless drum patterns with sweet melodies.

Big Shot, its lyrics written by guitarist Carlos O’Connell, strikes a familiar note for older fans with its lurching guitar riffs echoing the ones in Hurricane Laughter, only slower, and louder, and higher in the mix created by Dan Carey, recording the band in rural Oxfordshire, to give the album its widescreen, cinematic sound. A mid-tempo ballad, it finds Chatten adopting a soothing, sensitive vocal style on a slow, brooding song, singing about his (and the band’s) new-found fame. “Everybody gets a big shot baby,” he concludes, not with exuberance but with the same air of gloomy desperation that infused that second album. The homesickness seeps through his pores: “Home is a pin / Rusting through a map / I go there to pray / Do my resting at Mass.”

Throughout the album Carey’s production is clean and atmospheric, creating a new clarity with the guitars and Chatten’s voice to the fore; and it’s almost as if he is only now beginning to discover his vocal range, experimenting with different registers and styles, finding a new musicality far from the mumbling sprechgesang with which we first discovered him. How Cold Love Is is all chiming guitars (this really is a guitar album) while Jackie Down The Line, already released as the first single, tells the tale of a violent man (“I will hurt you, I’ll desert you”) over what is, for Fontaines, a rollicking tune. And that’s another difference: this album is full of tunes; proper tunes that you can sing along to, not just slogans you can shout along to after a few pints with your mates.

Chatten’s confused feelings of identity find their way into Roman Holiday, another musical departure with guitars that have an almost country twang underpinned by a gorgeous bass melody: the prettiest, most ‘musical’ song they’ve done to date, but also one of the saddest. “Baby come on, whose side are you on,” sings Chatten, confronting the thorny question of what it’s like to be an Irishman in Brexit Britain: “I don’t want to see the queen / I already sing her song.”

The album is broken up in the middle by an even greater departure: a simple, folk-like song performed by Chatten solo as he plays a charity-shop accordion that his mother gave him for Christmas. The Couple Across The Way was inspired by the overheard arguments of an elderly couple living “across the way” from Chatten and his girlfriend, prompting anxiety that this might be what becomes of them in another 23 years: there have been few more heartbreaking lines in a song than this: “You use voices on the phone / That once you used on me.”

The album concludes with Nabokov, its music written by guitarist Conor Curley: a song that shimmers and shakes in a maelstrom of guitars that sound almost like PiL, with Chatten channelling Lydon – if Lydon had grown up in Dublin rather than Finsbury Park. It’s a fitting finale to a record that will surprise and enthral Fontaines fans, and win them many more. It’s already exciting to wonder where they might go next.