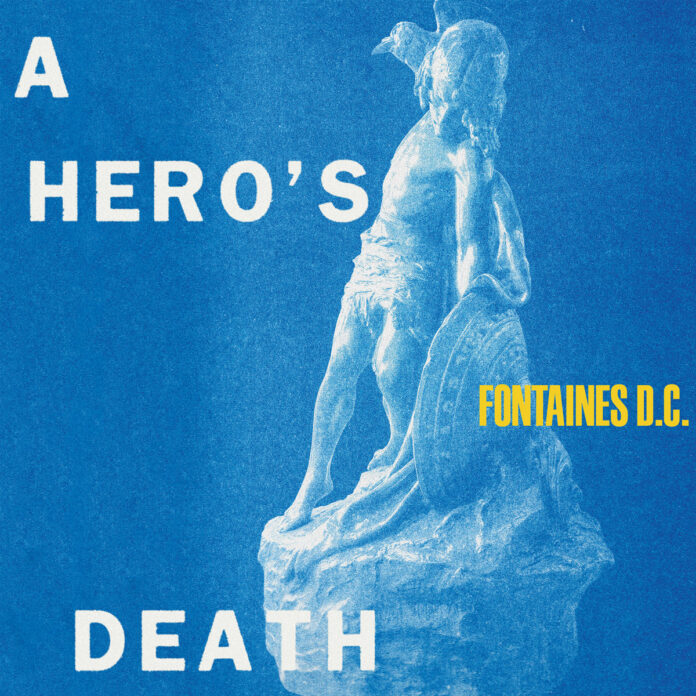 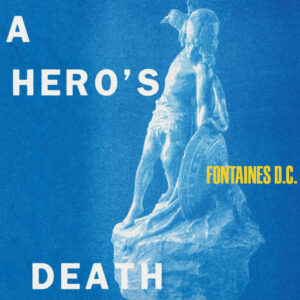 Ready to sacrifice their old sound, Fontaines D.C. return with A Hero’s Death. The second album from the five-piece feels a retreat from their earlier sound with some glimmers along the way that seek to burn the Fontaines D.C. old model.

After relentless touring of their debut Dogrel last year, the band found themselves growing distant. Vocalist, Grain Chatten admits, “We experienced full journeys where we didn’t speak to each other. It wasn’t because we didn’t love each other anymore. Our souls were kicking back against walls that were closing in. We had no space for ourselves. Our souls had nowhere to live, nowhere to lie.”

Fleeing the claustrophobic situations they found themselves in, they have returned with a more confident album that has started them afresh. With a more impressionistic style and a flair for experimentalism, the music-focused record harbours a personal charisma. Plus, the fluidity between tracks is littered with more intimate themes such as mental health and the band’s personal struggles.

Ultimately, their aim has dramatically changed; that raw live sound is no longer the desire. But instead they strive to be heard in a gentler form. They almost sound wounded and have turned it into art that carries a Joy Division shadow. The exploration of balladry in their unpolished, lyrically repetitive way is a tasteful transition from their debut. The title track was also written prior to their debut and made it onto this second record and that is apparent. It is the most similar to their original sound and is a comparative benchmark to their evolution. Then, the unstable compositions in the rest of the album create an unnerving sentiment.

The band have happily slashed people’s perspective of them. The angsty side of the quintet still exists but in a more 80s, droney way. It is a sacrifice of their old self- but at what expense? They don’t care. The self-deprecating style is what they want. Chatten explains, “I do hope that people are shocked. This is us as people. If people can’t accept it or don’t like it, then their band is gone”.