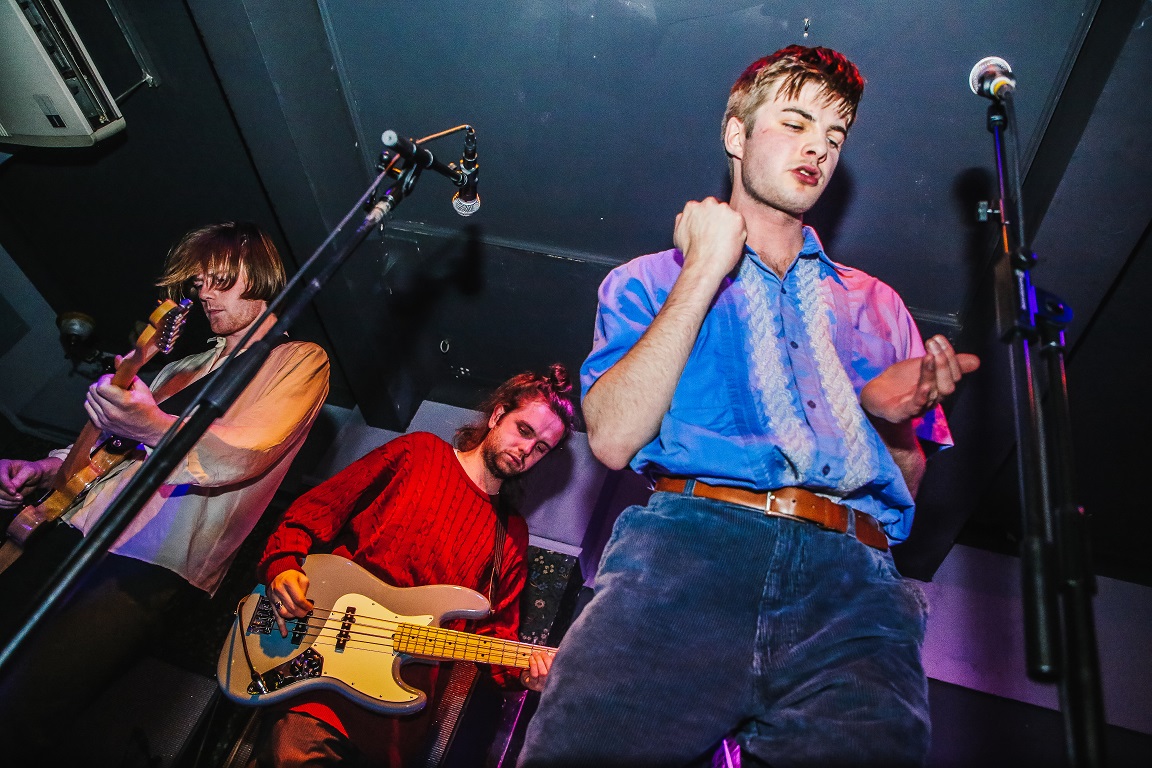 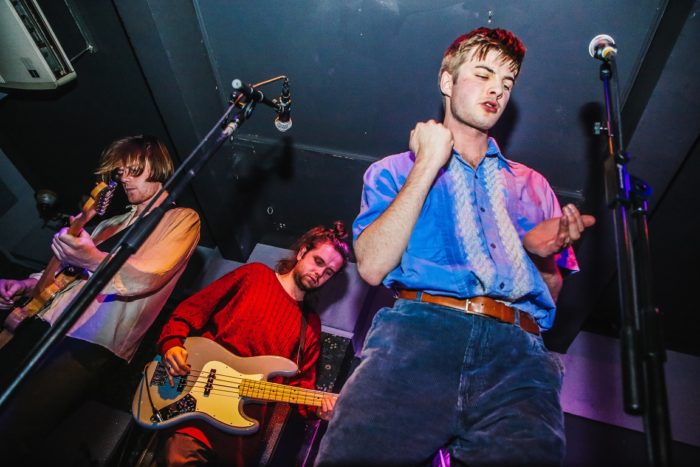 It’s a special thing to come across a band just when they’re having a Moment. You can feel it in the air, almost touch the tension – the anticipation creates an almost physical sense of excitement. All those ingredients were in place for Fontaines D.C. at a packed pub in Camden on Saturday night.

It’s three years now since John Robb presciently picked out Fontaines D.C. as the Next Big Thing and came within a whisker of releasing their debut single. That they didn’t immediately become superstars was more to do with them not releasing any records ’til late last year than any lack of judgment on his part – or talent on theirs. But now their time has come, with this secret gig sandwiched beteween a UK tour with Shame and a forthcoming US tour with Idles in the new year.

To say it was an intimate affair is an understatement: having just about managed to get into the room enough to wedge myself against the door frame, I found myself pressed between (well, against, really) numerous bouncing, jumping, pogoing youngsters (and a surprising number of older fans)  yelling along to every word of a band that has so far released just four double-A-side singles – a repertoire of eight songs – in rapid succession over the past year.

Which is all the more impressive because those songs have dense lyrics rich in poetic allusion – the quintet met at university in Dublin and bonded over a shared love of poetry – sung in an even denser Dublin accent, mixed down amid a murky morass of guitars, bass and drums… at least until the big yellalong chorus comes in like a kick in the gut, or a slap around the face. And in Grian Chatten they have a front man with the introvert intensity of Ian Curtis, whom he also resembles in his detached dem 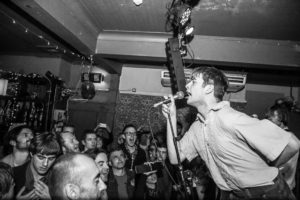 The pandemonium in the room – within minutes one guitarist is standing on the pub piano, grappling with a Christmas tree, and the entire room is bouncing and bobbing – reminded me of my own teens when I’d see bands like Buzzcocks and Johnny Thunders’ Heartbreakers for the first time and be singing along by the next time I saw them, usually a few days later.

They’re like a cross between The Strokes and The Fall with elements of The Modern Lovers (the typically anthemic Boys In The Better Land chugs along on the riff from Roadrunner) and Girl Band, especially in  vocals recalling Dara Kiely’s spoken-sung style, while Cuckoo Is A-Callin’, B-side of the excellent new single Too Real, has a great deal in common – topically and tragically – with Pete Shelley’s standout tune I Believe from Buzzcocks’ third album.

Most of all, they are unmistakably, undeniably, irrefutably Irish. They’re as Dublin as a big bowl of coddle and a pint of the black stuff and, with their stream-of-consciousness lyrics and predeliction for The Dubliners – the book rather than the folk group –  I like to think that if James Joyce was a 20-year-old punk today, he too would be bellowing the baffling words to these anthems (“Tearing down the plaster” from Hurricane Laughter;  “Money is the sandpit of the soul” from Chequeless Reckless) from a pub stage with a pint of porter in his hand. 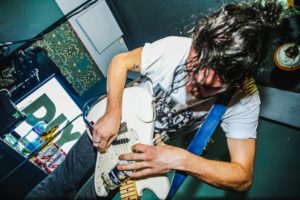 What I love is that they have no frills, no gimmicks, just raw passion and masses of youthful energy. And their songs are made for live performance, with their formula of tension and release: the slow build- up that suddenly explodes into life is made for the moshpit and the repetition in the choruses is made for anthemic singalongs.

Their singles are proper singles, not randomly selected downloads, with great black-and-white vintage photos on the covers (especially the one of the two gossins aged four or five sharing a fag), and videos redolent of Dublin, filled with images of pool halls and pints of Guinness.

All words by Tim Cooper. You can find more of Tim’s writing on Louder Than War at his author’s archive. He is also on Twitter as @TimCooperES. All photos by Luis Kramer. More about Fontaines D.C. at their website,  on Facebook and on Twitter as @fontainesdublin.

Here’s the video for new single Too Real, with its “low-brow visuals inspired by Buster Keaton, James Joyce, The Dubliners and Jim Henson to discuss highbrow ramblings of some stout-swilling stereotypes,” as director Hugh Mulhern puts it: