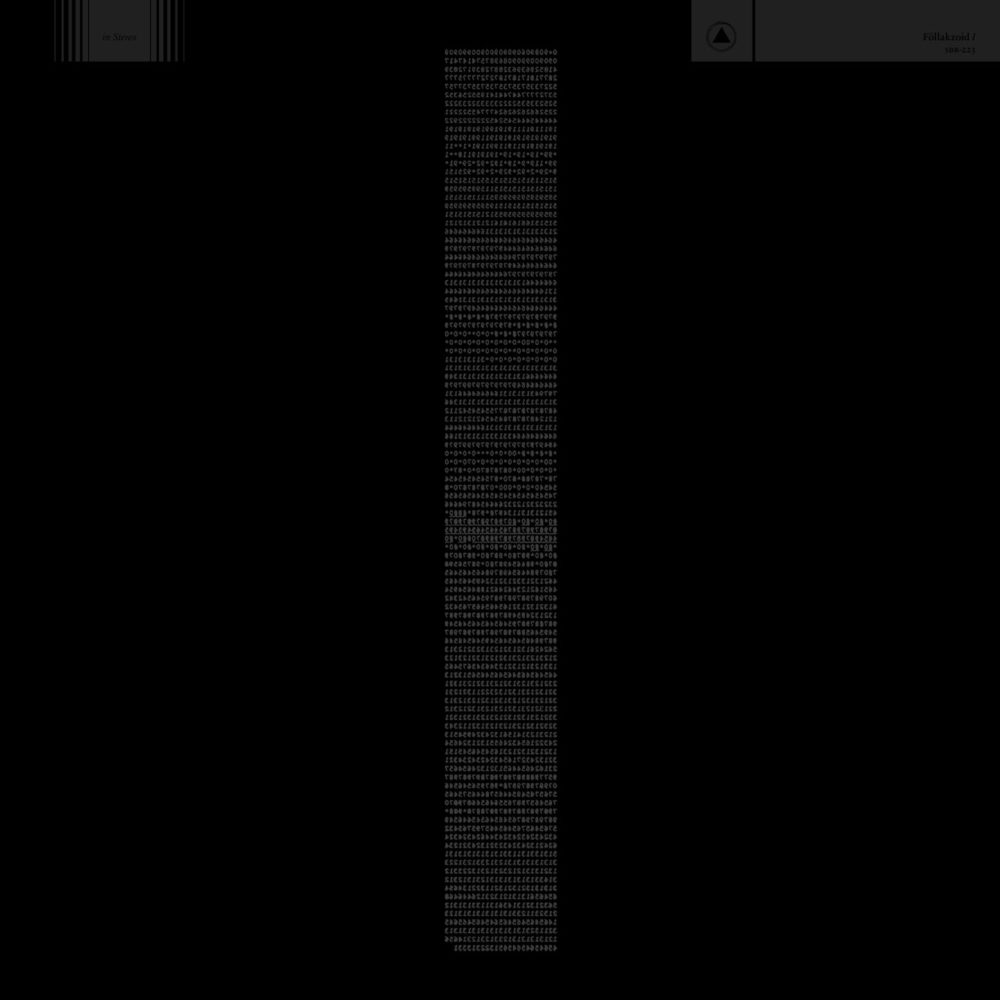 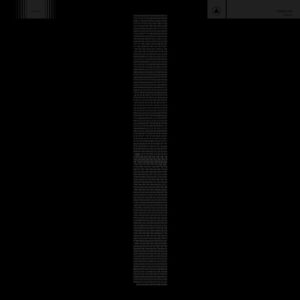 Föllakzoid’s fourth album is an all-enveloping experience both sinister and slightly disconcerting, while at the same time strangely exhilarating. It’s Krautrock, Jim, but not as we know it – not least because it comes from Chile.

Who even knew Chilean Krautrock was a thing?! Driven by repetitive Motorik rhythms, Föllakzoid may sound as if they make music firmly in the tradition of German bands like Can, Kraftwerk and Neu! but Domingæ Garcia-Huidobro and Diego Lorca say they are equally inspired by the ancient music of the Andes. Which makes more sense when you think about the psychedelic drugs the Incas liked to take at ceremonies.

The common factor is certainly the trance-like nature of their music. Föllakzoid make long, slow, hypnotic pieces that shimmer and throb, evolving until they’ve infected your mind and body. It’s a physical sensation as much as an aural one. And with every recording – this is their fourth album in ten years – they strip their sound back further in the pursuit of minimalist perfection. The result is what they consider to be a multi-dimensional reconsideration of what the process of songwriting, performance, and creating a work of recorded music can be.

Over their decade of existence Föllakzoid, formed by three childhood friends in Santiago, have not so much evolved as devolved, both physically and musically. Two of them have since departed, leaving drummer Diego Lorca and the non-binary Garcia-Huidobro, who joined (as Domingo) to play guitar in 2009, while their sound has been refined to bring it closer to its foundations.

They call the process “depuration”  – literally freeing their music from impurities. In practice, that means filling increasingly long spaces of time with fewer and fewer elements. Less, in their case, is literally more (and, confusingly, more is less). Unlike artists seeking to evolve through traditional growth, Föllakzoid strip back their sound further with each release, in their quest to find what they call their “sonic and metric identity.” 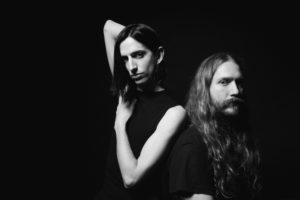 They say they want to “unlearn the narrative and musical knowledge that shape the physical and digital formats and conceptions available, both visually and musically, in order to make a time-space metric structure that dissolves both the author and the narrative paradigms.” If that sounds a bit scientific, or even pretentious, then thankfully the music on I  is neither: while ambient music usally instils a sense of calm in listeners, this is a record that imparts a sense of unease and disquiet, creating a kind of uneasy listening.

The record is a unique collaboration with German electronic artist  Atom™ (who plays an electronic Korg once used by Kraftwerk) in which the musicians and producer performed their roles separately. The process was as technical as past efforts have been organic. Unlike previous Föllakzoid records that were done in single takes with the full band, this record took three months to construct out of more than 60 separate stems – guitars, bass, drums, synthesizers, and vocals, all recorded in isolation.

The producer, who was not present for recording, was then asked to re-organize the four sequences of stems without any length, structural restrictions or guidelines. Those sequences ultimately became the four long tracks that appear on I. Titled only with Roman numerals from I to IIII, they are strictly kept to precise lengths: I and III last 17 minutes each, while II and IV are a comparatively brief 13 minutes each.

The result is a set of songs – though there are no vocals, only a few distorted mumbles – where “neither the band’s, nor the producer’s, structural vision primarily shaped the metric or tonal space shifts, but where both were still subliminally present in each of the parts that form the structure and the frequency modulations that guide them.” That, by the way, is the band’s description – not mine. What I think they mean is that they were contributing even when they weren’t there.

The four songs pulse and throb like trains leisurely winding through a post-apocalyptic urban landscape at night, their trancelike structures – minimalist bass, hi-hat and electronics – interrupted by shimmers and shudders, clanging and banging, disembodied voices and waves of distortion, wrapped in a dub-like production haze.  Released on the splendidly named and perfectly apt Sacred Bones label – also home to fellow travellers Wooden Shjips and Moon Duo – it’s an all-enveloping experience both sinister and slightly disconcerting, while at the same time strangely exhilarating.

Or, as Domingæ puts it: “We invite you to join us in sharing the experience of being led by this non-rational, sonic artform and its energy. It is also an invitation to connect once again with your inner master and his intuition, erasing the systematic rationalization that usually follows creative forces when perceived, to guide you on this holographic simultaneous simulation where reality is rooted in.”