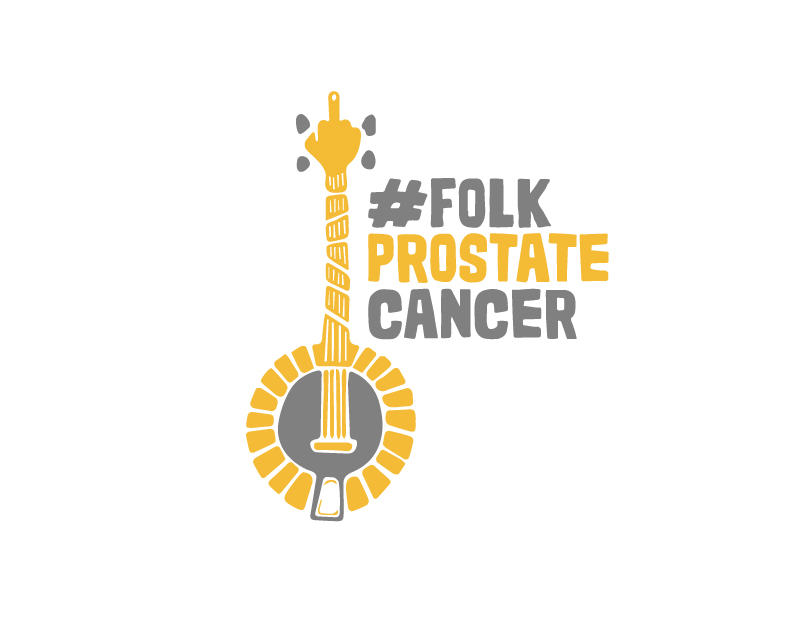 Damien O’Kane is an award winning Irish folk musician and singer and married  to Barnsley folk songstress, Kate Rusby. Since Kate’s father was diagnosed with Prostate Cancer in 2012 (now recovered), Damien has been compelled to do something to raise both awareness and money for the cause. Hence, Damien O’Kane and Pure Records present #Folk Prostate Cancer. 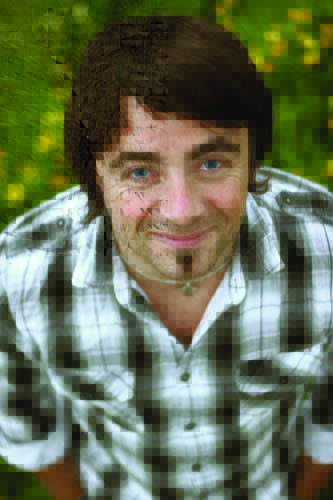 The event is, in O’Kane’s own words, “hopefully the first of many where we can raise awareness of this disease, through the power of music, in this case folk music. Raising awareness of any cancer brings all cancers to the fore. Music brings people together, this creates discussion and further encourages people to think more about particular issues.”

For this event he’s invited some of the best folk musicians and singers on the folk and acoustic scene right now to perform not just one event but an Afternoon Concert and an Evening Concert, both on sale now directly from Penistone Paramount website.

Yorkshire’s very own treasure, KATE RUSBY, Mercury nominated, 5 x winner of a BBC Radio 2 Folk Award, Patron of Yorkshire, Freeman of the Borough of Barnsley…the list goes on. This is year 26 on the road for Rusby on what has been a hugely illustrious, successful and genre-breaking career. Kate will headline and conclude the event with her band. 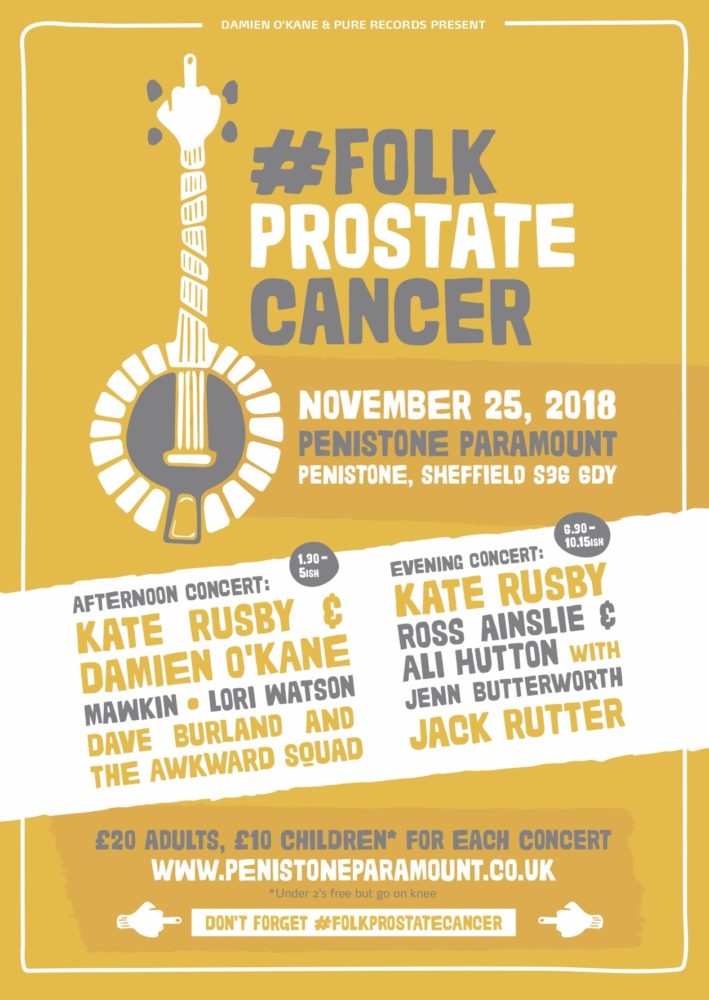 LORI WATSON – a stunning singer from the Scottish Borders who is making waves with her unique and contemporary take on traditional song. Her  Yarrow Acoustic Sessions  is sublime.

Also from Scotland, ROSS & ALI (Ross Ainslie  & Ali Hutton)  are two of the world’s leading pipers and whistle players who are inspired by their native land but many other cultures too.  JENN BUTTERWORTH is  a current member of all-female Scottish super-group Kinnaris Quintet andjoins them on guitar and vocals and hopefully keeps them in line!

Local lad JACK RUTTER from Shepley is a force to be reckoned with. A member of trio MooreMossRutter, he also had an extensive stint with the Seth Lakeman Band. Jack has been pursuing a solo career for quite some time now and he is fast becoming a folk favourite

DAVE BURLAND & THE AWKWARD SQUAD – Former policeman Dave Burland is something of a ‘folk-god.’ He has been performing since 1968 and has worked with many artists and bands including Tony Capstick, Dick Gaughan and lots, lots more. Joined  by drummer Bryan Ledgard & keys player Dave Fisher (notably all three members of the band where once members of Shagpile)   they perform songs well known from the folk canon.

Essex-based quintet MAWKIN are firm favourites on the English folk festival scene with their foot-stomping, confident and bold arrangements. 2016 saw them support Bellowhead on their ‘Farewell Tour’ and they have gone from strength to strength. Separately these lads have worked with the cream of the folk world including Kate Rusby, Eliza Carthy, Norma Waterson and Jim Moray.  MOJO Magazine calls them “unconditionally mighty”.