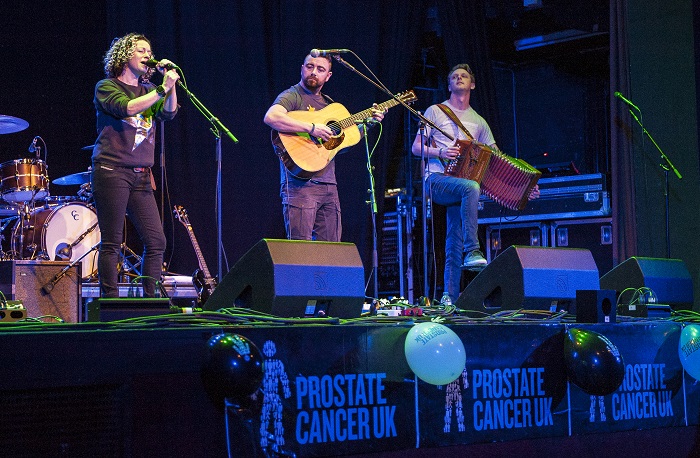 A quick report back on our attendance at a fundraiser for prostate cancer that we’ve been spreading the word about; one that found the cream of Yorkshire folk and their pals playing some music for a worthy cause.

Damien O’Kane’s zeal for a cause he felt strongly enough about to gather a splendid bill at the cosy and friendly Penistone Paramount cinema proved to be well worth the risk of the potential perils of carrying Lancashire contraband foodstuffs across the border to Yorkshire. 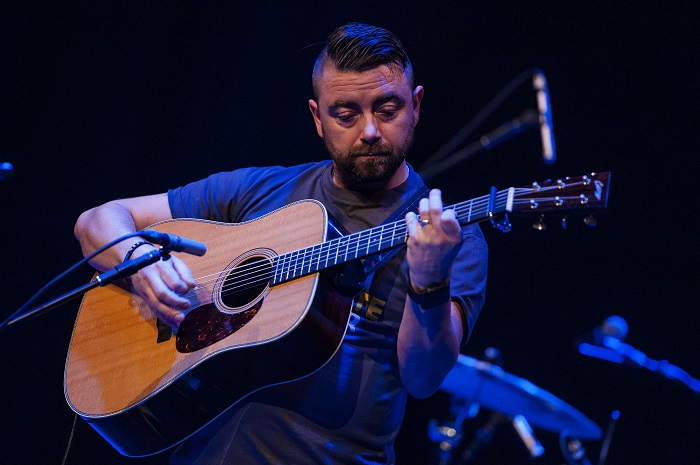 It’s a cause that’s close to his heart as well as providing a wonderful opportunity chance to catch Kate Rusby playing a full band set in an intimate environment ensuring  a sell out evening show. One that had kicked off with local lad Jack Rutter delivering a solo set that we’ve seen a few times now and continues to highlight his growing status as a young feller whose place in the folk world is becoming truly established.  It set the scene nicely for a super set from Ross Ainslie and Ali Hutton who play such a variety of instruments, that the sight of a double bagpipe assault hardly comes as a surprise. Accompanied on some stirring and driving acoustic guitar by fellow Scot Jenn Butterworth, theirs is a combo that brings  the bagpipes back in fashion.

With Kate Rusby and her  band you simply have a guarantee of quality and attention to detail in the playing that’s at the very apex of live performance. Adding Stevie Byrnes to the trip who’d been warming up in various bands during the afternoon’s events, the velvety lush soundscapes and string driven folkiness topped was supremely topped with the familiar divine Rusby vocal. 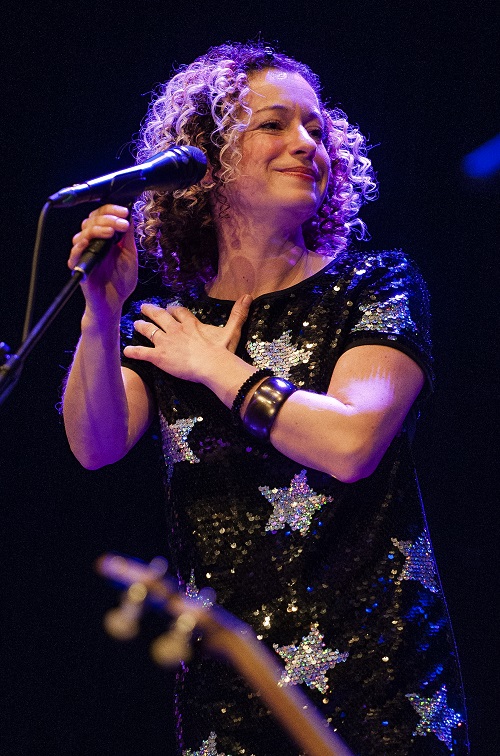 It was the afternoon show that was opened by the legendary Dave Burland and his long suffering  Awkward Squad duo. The relaxed nature of their opening slot set the tone for the day where the music proved the perfect  vehicle to get folks across the threshold and supporting the charity.  Lori Watson along with collaborator Duncan Lyall (of Rusby band bassist fame), wound up the atmospherics with Lyall on keys and his ever more increasingly prominent moog with the addition of  some ambient guitar sounds served as the ideal backing her ghostly vocal and occasional forays into fiddle; her Yarrow Sessions album brought to life.

The low key but possible star turn of the day was  the cameo of Damien and Kate Rusby’s ‘acoustic set’ that included variously Nick Cooke on melodeon and the Rusby/O’Kane daughters plus a gorgeous premiere of a new song from the album due next year. Surely amidst her regular Christmas show tours and the routine of the band shows she does, the intimacy of just playing it in a very simple but elegant format (unplugged if you want to attach a name to it) is something to be repeated.

It was left to  Mawkin to end the afternoon by raising the bar with something a bit noisier at the rock end of the folk rock spectrum, almost hitting Black Sabbath territory with the title track of their most recent album.

There’ll be no complaints with the  revelation that we’d be able to do the same again next year – quality music for a great cause and remember guys – get yourself checked.