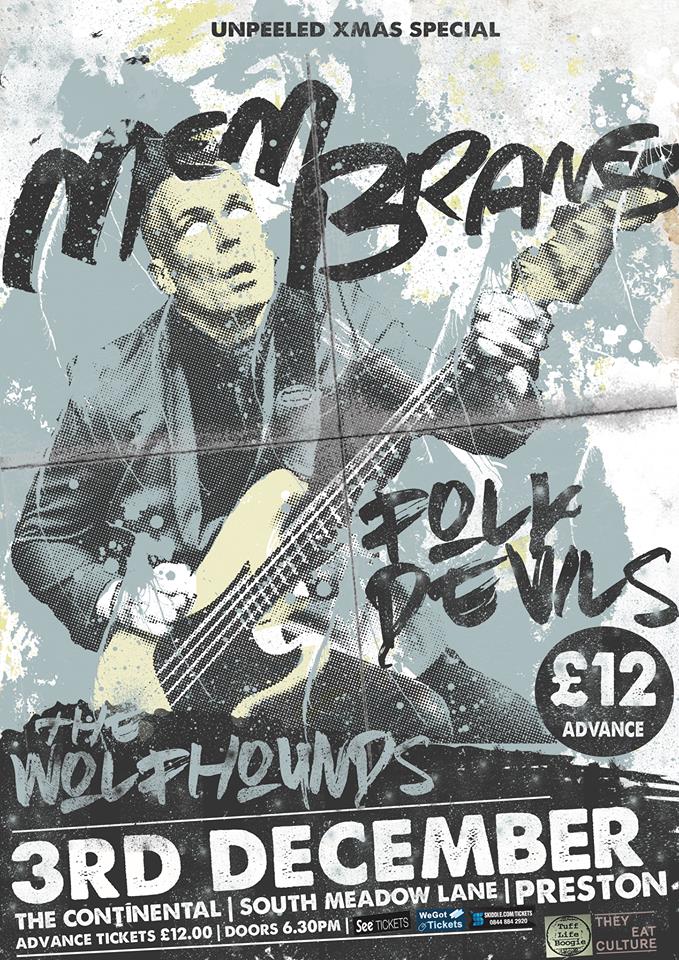 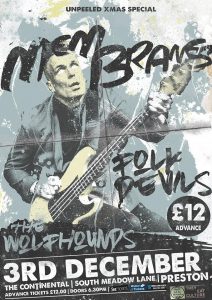 There is something really interesting stirring in Preston.

Due to the insane efforts of Rico and also Action Records the small city has a niche for the weird and the wonderful. Rico has been putting on the wonder-bills under the name of Un-Peeled for a couple of years now risking the shirt on his back to prove that alternative culture can still exist beyond the fringes. With merciless promoting he has made it work as well and plans more into 2017 (more info from here). Meanwhile local indie and underground record store Action Records has spent decades selling stuff beyond the fringe and creating micro scene where bands like The Fall are like the Beatles and the Noseflutes could reform like it was the second coming.

Tonight’s event is opened by a  young band from St Helens called Vukovar Vukovar – they are further proof that all the action in the UK happens in the cultural nooks and crannies and not Camden or Hoxton. The three piece are not sure what they are and their schizo music is engrossing. On one level they talk all excited about Throbbing Gristle and strip down on stage like a demented version of 1976 TG, they also worship Karl Blake and talk of communicating with the great man himself as well as Tibet and UK industrial folk mainstays. It’s great conversation and when they play its like this amazing combination of dark and unsettling ideas with this almost pure pop. The keyboard textures clash beautifully with the heavy bass and steady drums to create a sound that is impossible to place – the closest I can stake them out if Soft Cell in that combination of dark throbbing underground and a knack for writing catchy melodies by mistake – there is something quite astonishing going here and we will be watching with an eagle eye.

The Wolfhounds have just released a career best album (LTW review here) but are a rhythm section down with the drummer’s back giving way for a few weeks. They turn this to their advantage and the stripped down songs of two guitar’s leaves plenty of space for Dave Callahan’s acidic and poetic lyrics. The Wolfhounds are great songwriters – all their stuff drips pure melody and ideas and its baffling that they are even in the welcoming underground. Ambition was always a dirty word in post punk but music as vital and thrilling as this should be on a nationwide agenda and it’s criminal that they remain cult heroes – albeit with a fierce partisan audience that adores them and quite rightly.

Fold Devils recently returned with their punk blues sounding fully intact. Even without charismatic frontman ian Lowery who died a long time back the band are still hypnotic. They know how to strip down the mess of blues and leave plenty of space and dynamic for their seething and tense songs that are full of the colliding riffs switching with the taut build ups that were so much part of that micro scene they ran parallel with of the Gun Club and the Birthday Party. they used to say there were no second acts in rock n roll but the Folk Devils are still further proof that age and experience can make the music even more urgent and vital and their powerful melee sounds more vital and urgent now than it did way back in the day of John Peel.