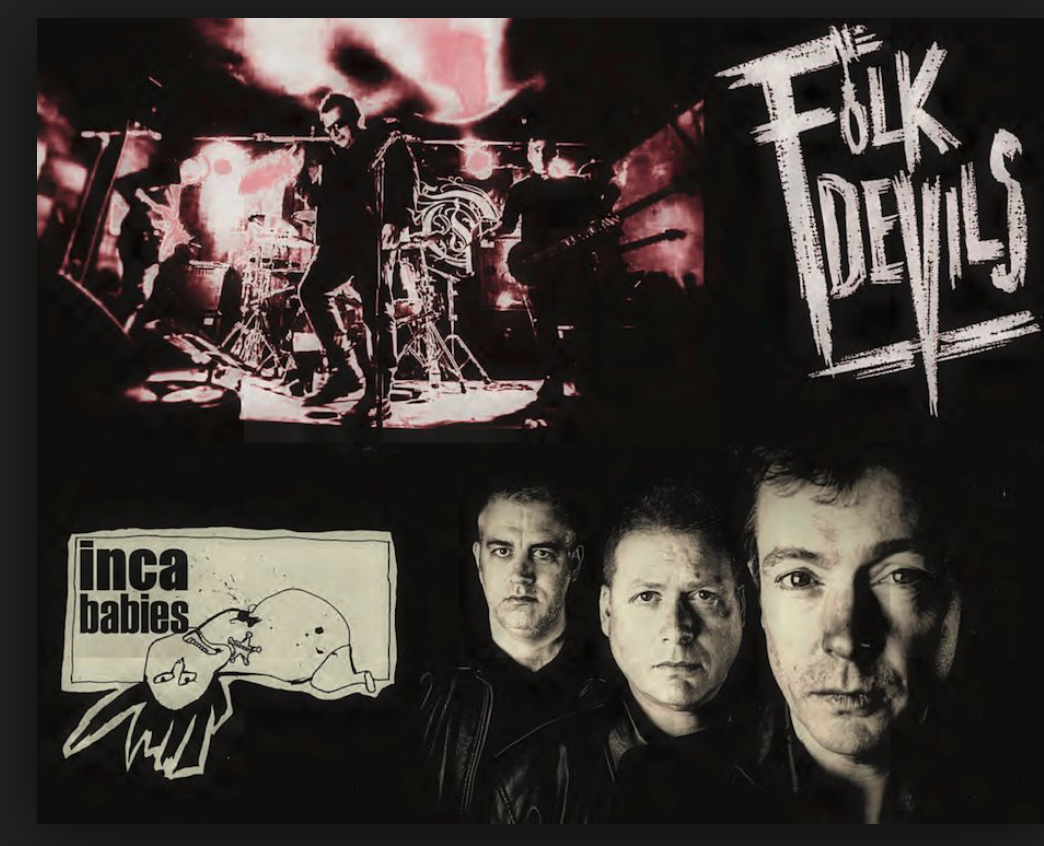 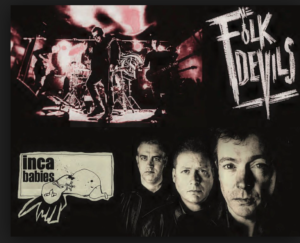 Encouraged by the media and fan reaction to last year’s Beautiful Monsters retrospective and accompanying reunion shows, the surviving members of Folk Devils are joining forces with Manchester’s Inca Babies for a handful of summer dates around the UK.

Folk Devils – fronted by the charismatic Ian Lowery – and Inca Babies both released acclaimed music in the mid-80s that helped define the emerging adrenalized blues-inflected swamp-rock scene that had spawned the likes of The Birthday Party, The Gun Club and The Scientists, recording multiple sessions for John Peel’s legendary BBC Radio 1 programme.

The Inca Babies reformed around founding member Harry Stafford in 2007 and have been active since, releasing their most recent album The Stereo Plan in 2014. Now a 3-piece, the band is completed by drummer Rob Haynes (The Membranes, Goldblade) and bass player Vince Hunt, formerly of A Witness.

Speaking about the Folk Devils reunion, Jozajtis says, “Getting back together for live shows happened because of the release of Beautiful Monsters last September, and the collective need of the surviving Devils to mark that event by doing what we used to do best – playing the songs live. It certainly wasn’t about nostalgia, although there was always a sense of unfinished business after we called it a day in the 80s. Of course, we wanted to honour the memory and singular talent of Ian. Much of what he wrote is even more resonant now, as many critics realize. Finding Dave Hodgson, who knew Lowery and has a real connection with the material, was crucial to making the reunion work. However, we also wanted to see if we could rekindle the fire which had characterized the sound of the band. I guess audiences can judge whether we’ve succeeded in that for themselves.  But the fact that we’re all investing time, energy and money in this project will tell you what we think.”

The full dates are….