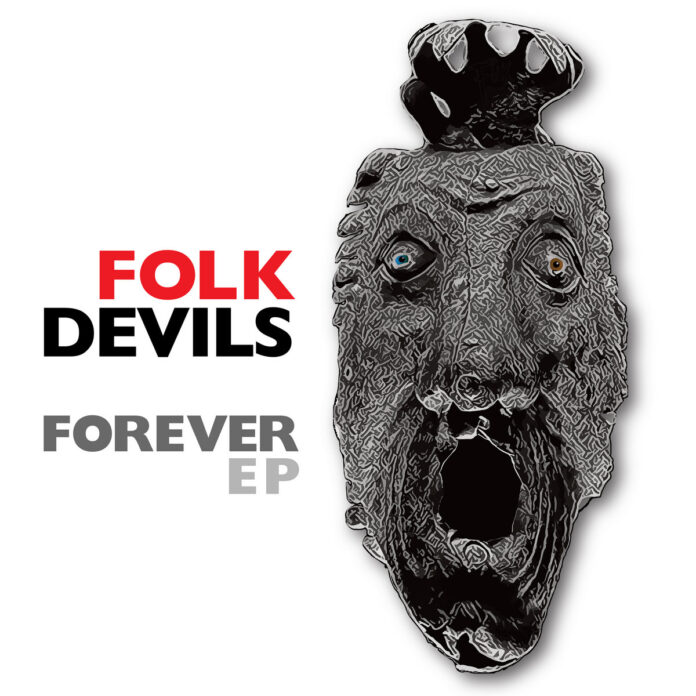 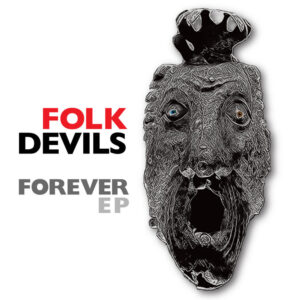 Folk Devils, the London group that took their name from a well-known academic text on social scapegoating, have returned with their first new music in 35 years.

The band blazed a trail across the UK’s independent music scene of the mid-80s with their unique brand of post-punk energy, known for their indie-chart singles “Hank Turns Blue”, “Beautiful Monster” and three John Peel sessions (subsequently released digitally as part of the ‘Best Protection & The BBC Sessions), plus live dates with Nick Cave & The Bad Seeds, The Fall, The Gun Club, Screaming Blue Messiahs and others.

The 3-track “Forever” EP lands on 10” Red Vinyl and digital on September 18th, 2020 via Optic Nerve Recordings and features two new compositions, the title track “Forever” and “My Slum Soul”, plus an incendiary new version of an old live favourite “Ink Runs Dry”.

Recorded at London’s famous Konk Studios in North London and mixed and co-produced by Grammy Award-winning engineer Rik Simpson, the re-born Folk Devils drew inspiration for new recordings from the release of their 2016 career retrospective “Beautiful Monsters” and the excellent reactions at subsequent live shows around the UK with kindred spirits Membranes, Inca Babies and The Cravats.

Founder members, guitarist Kris Jozajtis and bassist Mark Whiteley, reformed the group by recruiting members of a short-lived 1987 version of Folk Devils; guitarist Nick Clift and drummer John Hamilton. Together with singer Dave Hodgson they soon discovered they had created a well-oiled twin-guitar juggernaut that brimmed with the same restless, twisted blues that characterized the first and second iterations of the band from 1983-87 when they were fronted by the highly underrated and now sadly-departed singer/songwriter Ian Lowery.

Hodgson, a fellow transplant from the North-East, had known Lowery in the early 80s prior to Folk Devils, when the two were in their respective post-punk bands Ski Patrol and Parting Shots.

On the reunion and new music Mark Whiteley commented. “After a few decades apart, we decided to do one gig to celebrate the release of our anthology. It went well, we enjoyed revisiting our old material and the addition of a second guitarist gave the whole thing a raw, visceral, well-crafted energy. Dave fitted in well, taking on a monumental task of filling Ian’s shoes and smashing it out the park.” 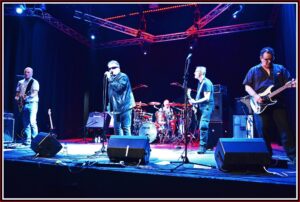 Speaking of the new EP Mark stated “Forever” is a song about isolation, betrayal, anger at a lost love and a world of venal greed. Its thematic twin “My Slum Soul” is a kind of fever-dream apparition that may well find the core of its neurosis in the modern-day political climate. Both songs wrestle with the erosion of trust, shattered lives, consumed and excreted by a world that’s forgotten its soul, a world that patently does not give a fuck”.

Folk Devils were due to play the annual John Peel festival at The Green Door Store in Brighton with The Wolfhounds on October 17th, but all dates are now postponed until further notice.