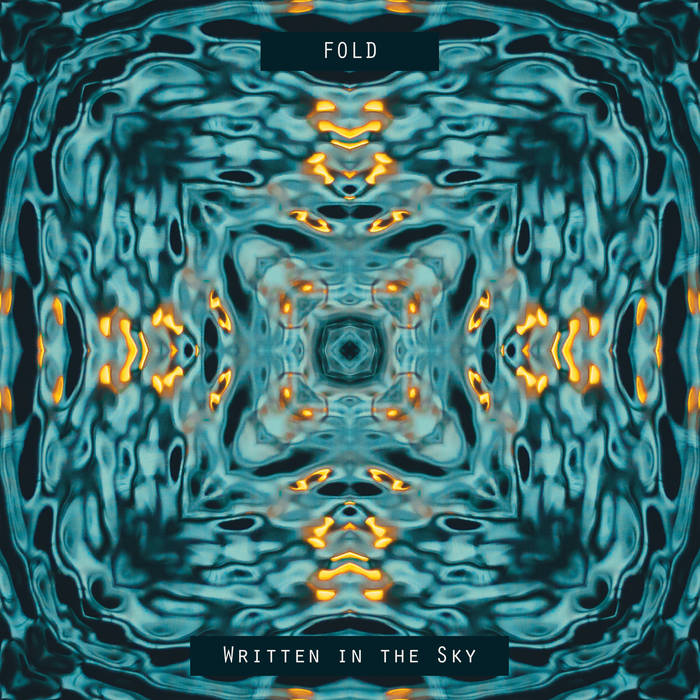 Fold: Written In The Sky (Bandcamp)

Leeds based funk/jazz outfit Fold follow up their acclaimed debut album (our review of which can be found here )   with a new four-track EP. Simon Tucker reviews.

Dance music as education. Partying whilst being enlightened. Moving your feet whilst opening the mind. Not new concepts of course. The bloc parties in NYC, Hendrix twisting the Star Spangled Banner into a piece of protest theatre, Marvin Gaye’s rich soulful opus asking what’s going on? and the party atmosphere of the multi-cultural Sly and the Family Stone. Popular music is full of examples where bands cross uplifting and enriching music with sociopolitical commentary and this is where Fold reside.

Based in Leeds, the band utilise spoken word, speech samples and a myriad of genres to create a music that is at once recognisable and new. Their music has no borders. Has no set location. It is a global sound for global times.

Over the course of Written In the Sky’s four songs we are given three options;

3) all of the above. In lesser hands this approach could feel disjointed but with Fold there are no lines between what is good for dancefloor and what’s good for the classroom.

Well and Good and Written In the Sky form the A-side of the EP. These two songs you may be aware of as they have been released as singles. Based on decades old tunes by Bessie Jones (whose vocals have been doubled by Daisy Martey formally of Morcheeba and currently with Noonday Underground) the two songs clearly represent the two sides of the Fold coin with the former being more lush, honey-soaked soul and the latter more propulsive and sweat drenched.

Well and Good is a strong opener but it is when the title track races out of the traps where the EP really ignites. Driving basslines and exquisite drumming propel the song along at a ferocious pace. Using spoken word samples from Walter “Tangle Eye” Jackson, an African American prisoner in Mississippi recorded in 1947, Fred Hampton, Lorraine Hansberry and a section of poem by Margaret Walker  Written In the Sky is a funk masterpiece that melds Stax with Morricone to wonderful effect.

Side two of the EP focuses on a pair of poems by Mr Gee who voices them himself and with Martey again taking control of the choruses (this time doubling Henry Jimpson Wallace , another African American prisoner in the 1940s.) Making America Great finds the band working in the territory of Kamasi Washington and Thundercat, sun soaked and spiritual whereas Picture Perfect decides to throw more elements into the mix with Latin rhythms and upbeat atmosphere. Picture Perfect is a perfect closing song as it is impossible not to smile and to enjoy the general upbeat nature of the band locked in and flying as one.

Written In the Sky is another solid release from Fold. It is an EP that manages to condense so much into just four tracks. It serves as a soothing balm for the soul whilst also encouraging people to get educated and get active. Protest music made with a street-party aesthetic. The sound of multiculturalism and the positives that that brings to the world. Another great release by a band quickly establishing themselves as one of our most important voices.

Written In the Sky is available now via Bandcamp