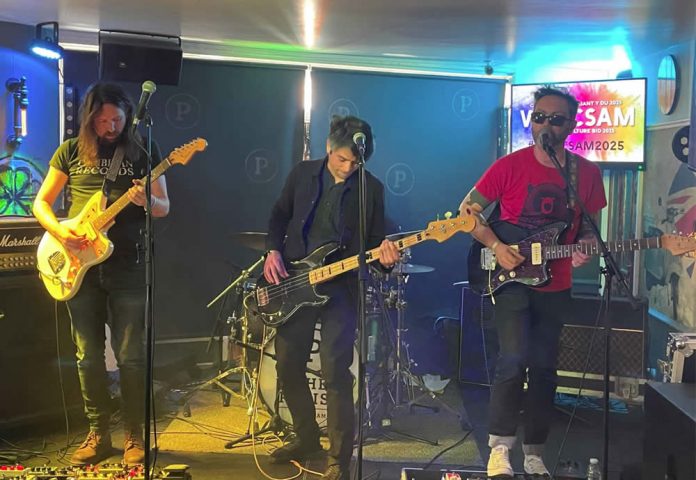 I have to take my hat off to the organisers of Focus Wales. The events were spread out across the town and incredibly well organised and presented. I guess we had the warm weather to thank for the venues not being overloaded, but the downloadable App was easy to use, enabling us to sequence our own schedule and set alerts before each act began their set.

I arrived just after Lunch on Saturday but the event had been raging since Thursday evening and had seen up and coming acts like Self Esteem, Pip Blom and Peaness play alongside headliners Public Service Broadcasting.

I dived straight down to Hope Street Church to catch the end of JW Paris’ set. Their deep grungy sound had the audience bopping along and the set was over too quickly. We darted down to The Parish, a great little pub on the edge of the main thoroughfare with chirpy staff and a great line in gluten free beer!

Billed as a Shoegaze band, North Wales’ Holy Gloam were more than that, with songs that started out sounding like The Stone Roses drifting into Dinosaur Jnr/psych grunge territory. The singer, with his deep baritone, slightly frail vocal underpinned a dense and intricate soundscape that you could lose yourself in. He quipped between tracks keeping us smiling. None of these sets were particularly long, 30-40 minutes, allowing us to get refreshed between acts and make our way to the next performance.

We stayed put for The Letrasets, a young Shoegaze/post-punk band from Liverpool. The band were amazing, deep psychedelic grooves, expertly played with soaring guitars – tight and gutsy with a standout drummer. When the front man sang, he really sang, but the slow, deep openings let the nerves in. Ones to watch.

Up next were Derby’s Goddesses at the Parish. Highly anticipated, they spun their dark (once again) Shoegaze – Ride’esque solarscapes, deep and introverted. Armageddon, the just released single, opened slowly – haunting, descending into a Slowdive freak-out, before fading into a Floydian nightmare.

After a hike across town, we dropped in (via the backdoor!) to Central Station to catch Manchester’s The Accident Group. This was proper knockabout fun, Expertly constructed songs, one of the fullest venues we’d seen, and the antithesis the last band doom-laden set. I don’t mean that in a derogatory sense, it’s just that after a walk in the sunshine, it really was like a breath of fresh air, and also that maybe there is a time and a place for everything? Both bands shining in their own space, owning their own stage!

Their style of upbeat music hall meets B52s meets Talking Heads was something to behold, bringing the whole audience on their side. A proper romp through the decades and one of the tightest rhythm sections we’d seen, punctuated by sizzling keys and fractured guitars. Their set lifted the audience’s spirits. It was smiles all round right to the last note, and I make no apologies for including their last song here.

I found out later that George, their enigmatic frontman had been a member of Tinfoils, a band who I’d seen at The Castle supporting Cold Water Swimmers and who had subsequently supported The Blinders.

Brutes brought us crashing down to earth with some crunching high energy post punk. Deep thunderous bass with double speed drums. Foo-Nirvana 100% excitement full throttle rock & roll. One track wove in and out of The Cure’s Killing an Arab and a couple of tracks too close to Manchester’s Cold Water Swimmers, but over all, really entertaining and fun.

After a reviving curry and a couple of beers we headed off to see headliners, Echo & The Bunnymen. A first for me, and after a short encounter with a tall blonde lady steward, ‘are you colour blind?’ she asked, which left me thinking, ‘ hang on, we are the punters, why be rude?’. 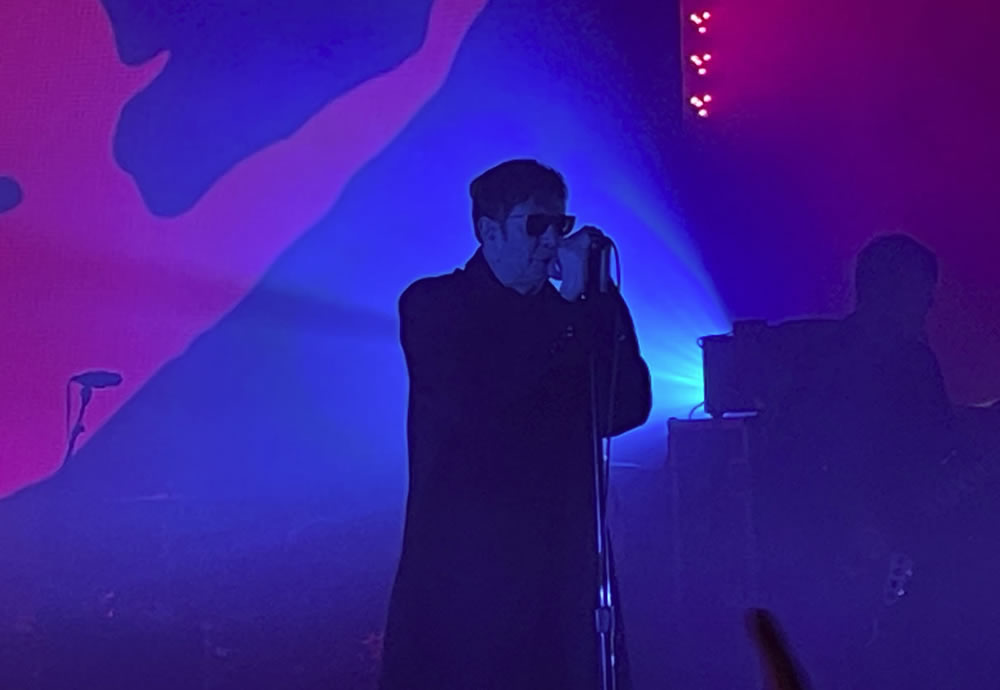 Once inside we were solidly entertained by McCulloch and crew for the best part of an hour and a half. The set was comprised of a barrage of hits with a single new track, Brussels Was Haunted, sitting neatly in the middle. Upbeat and in keeping with the flow of hits, it sat well and didn’t dampen the crowd’s enthusiasm.

I am no Bunnymen fan, for no other reason that when I was a kid, I’d kind of fallen on the Joy Division/Wire side rather than the poppier sounds coming out of Merseyside. So you’re not going to get a blow by blow review of the set. Safe to say the marquee was rammed and the crowd loved it. Will Sergeant owned stage left shooting electrifying pulses from the stage, punctuating and underpinning these great tracks.

After a short break the band closed with The Cutter and of course The Killing Moon, and absolute classic that saw the crowd walking away, singing into the night.

A great festival, a great day out with some truly memorable performances, expertly delivered. Thanks to Focus Wales for the invite – we will be back!