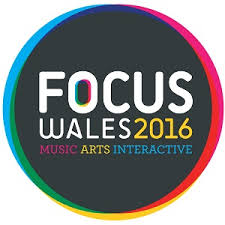 Another great line up in Wrexham Festival. Louder Than War’s Dave Jennings previews.

Arriving a little further into spring than usual, Focus Wales nevertheless promises the usual array of music, comedy and interactive events. With over 200 bands and a range of other events, the expanded 4 day extravaganza in Wrexham, May 12th-15th, is not to be missed.

The headline acts are pretty special this year, including The Joy Formidable, Los Campesinos, Gwenno, The Sunshine Underground and The Magic Numbers. Also appearing are the likes of H Hawkline, Meilyr Jones, The Roseville Band and The Anchoress but as always, the real joy is also in the discovery of a new act, whether it is from Wales or any of the many nations represented.

The comedy element includes performances from Gary Delaney, Pete Firman and Sean Hughes while interactive talks will feature Viv Albertine and John Robb in conversation with Peter Hook who will later be DJ’ing in Central Station. Alongside these will be a great programme of lectures with panels representing all aspects of the music business.