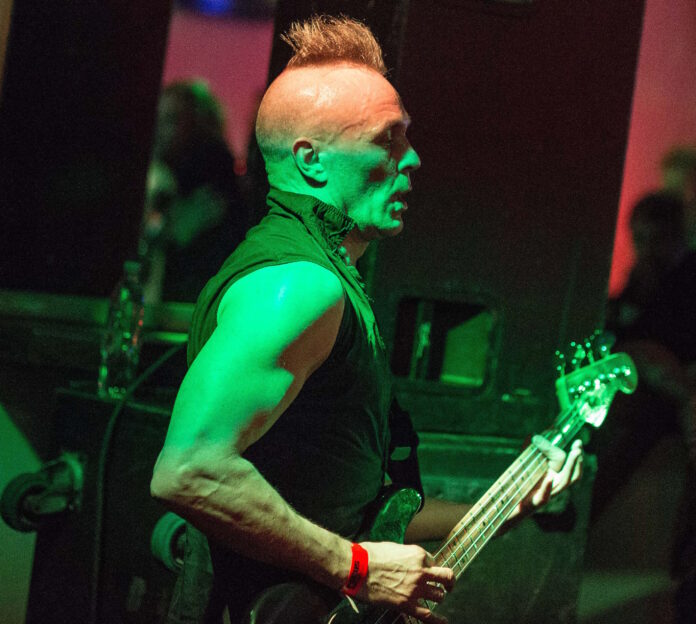 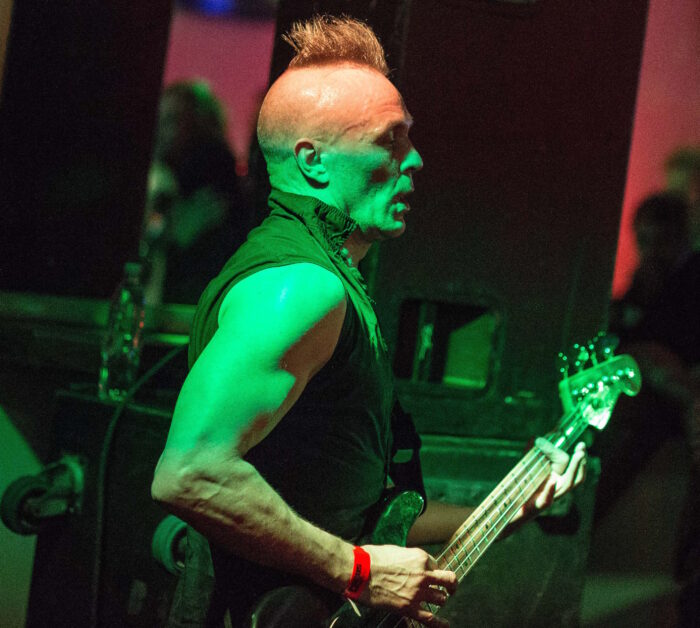 Membranes capped off a superb evening in Wrexham last night, one which seemed to be wall to wall Louder Than War favourites with sets also by Future of the Left, Sweet Baboo, John Mouse and Seazoo to mention just a few.

It’s one of those spring evenings you dream of through winter’s bitter rage. The end of a sun-kissed day, with birds singing their evening peace and all well in the world, well certainly in the Fair Parish. However, all round the town, something is stirring as the various venues, all amped up and wired to go, are springing to life and the annual dash between stages is well and truly on.

The range of talent is spread far and wide so tonight will be as challenging as ever, but first stop is St Giles’ Parish Church and perennial Focus Wales favourites Golden Fable, fresh from their visit to the USA. This venue inevitably provides a certain, hushed type atmosphere and requires the right music to work and Golden Fable are ideal. Ambient music in an ancient yet stunning setting with tracks from the outstanding new album, Ancient Blue, mixing with established favourites made for an excellent start to the night.

And so the race was on, the next stop being Wrexham Legends Terminal in South. It’s a long way from the late ‘70s and early ‘80s but these guys are still more than capable of turning it on and tonight was no exception. A good crowd of locals had made the pilgrimage to this ‘upper room’ but Phil and Ady Heym, the Peter Pans of Wrexham rock were ensuring no one would be disappointed. The rest of what happened during Terminal will stay during Terminal but suffice to say I’ve never seen a Tango performed quite like that before, and the day Phil Heym fails to successfully mount a speaker stack could well be the day the Kingdom falls.

From here we were not going to miss the Mighty Mouse himself in Central Station. John Mouse released one of the albums of 2014 in The Death of John Mouse and he was certainly holding nothing back tonight. Towering riffs and driving melodies (and massive credit to the stand-in drummer who had just met up with the band tonight) were delivered and this Mouse was not going to be caged on any stage as he worked and mingled with the crowd. We were treated to a manic version of Ilkely Moor, and I was a Goalkeeper before the set was rounded off with Corney Island, an ode to crap seaside towns everywhere and Bell it Tolls. Unable to hang around, John was into the car to head back to South Wales and work this morning.

A swift dash from there back to St Giles’ to enjoy some of Sweet Baboo, North Walian Stephen Black who was performing an acoustic set which whetted the appetite for his forthcoming new album Boombox Ballads. From here however, there was only one place to be and that was South for the hugely anticipated Membranes slot and on arrival it was clear a number of crowd were out tonight for this band only.

This was a superb set for two reasons. Firstly the performance was electric with John Robb prowling the stage -and the crowd- from the off, getting the audience involved until the entire gig became a shared celebration. Once music of this power and visceral quality has you in its grasp, it’s easy to lose yourself completely in the experience and many of us did, with handshakes, hugs and a tap from the big man’s bass ensuring that we were all participants. Secondly, was the sheer quality of the songs they played. New album Dark Matter / Dark Energy really is shaping up to be a classic and that was the consensus from people who’d never heard any of the songs before. Do The Supernova, Space Junk and Money is Dust were outstanding live whilst In the Graveyard is one of those infectious tracks that stay with you well beyond the show. Called back for an encore, the band delivered a fantastic rendition of The Hum of the Universe, made all the more impressive by it being the first time they had played it live.  Dark Matter / Dark Energy drops in June and is highly recommended on this showing.

We were lucky to catch the last few songs of Cowbois Rhos Bottwnog in Un Deg Un. From the Llyn Peninsula in North Wales, who delivered some exquisite country / folk / rock. From here it was back to Central Station for Houdini Dax, the Cardiff-based three-piece who have played the last three festivals and certainly appear to be going places. It was great to see them here at all after they suffered the theft of around 10 grand worth of equipment from their van a few weeks ago and are currently fundraising for replacements. However, the tune is the thing with this three and their infectious, power-charged melodies, alongside a great stage-presence ensure the crowd are soon dancing along to favourites like Get Your Goo On and Found Love in the Dole Office.

Main act for Thursday was Future of the Left who delivered a performance that brooked absolutely no argument and was lapped up by an appreciative crowd who got exactly what they hoped for. The night was rounded off by the excellent Seazoo, part of last year’s Horizons (some of Wales’s most promising new artists) and a DJ set by Huw Stephens.

Photo above courtesy of Brent Jones who is covering the festival for Louder Than War.