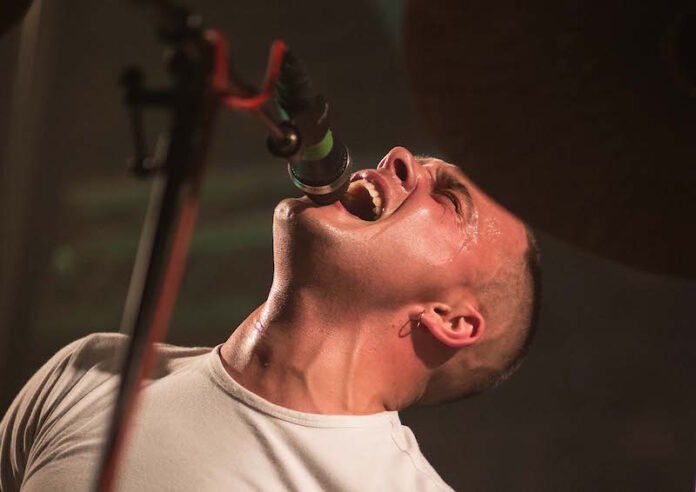 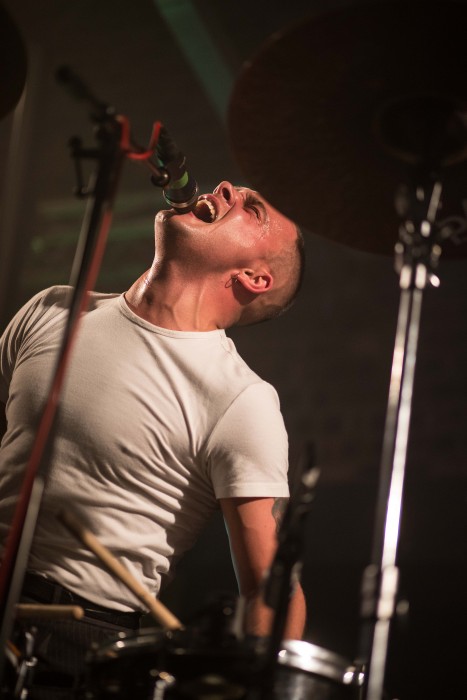 Slaves headline first day of Wrexham-based festival. We report back.

Headliners Slaves were undoubtedly the major talking point on the first evening of this increasingly popular festival, but there was plenty to get excited on the undercard too. Concentrated in one venue, Central Station, for tonight, punters were treated to a non-stop diet of in-your-face rock power.

The first band we caught, Blood Lips, are a new band who made quite an impression last year and were holding nothing back with single Heartbeat being particularly ear-catching.

One of the stand-out performances, though, was delivered by Gobow, formerly known as Orient Machine. With music this good, and frontman Dave Morait (formerly Gallops drummer) who is obviously right in the zone, we can’t go wrong and we don’t. What we get is almost thirty minutes of adrenalin-drenched bliss, driven by Jason Williams’ drumming of a frightening intensity. The set climaxes with the simply brilliant Hector, which was originally intended for release earlier this year by their former incarnation and is now the new single. Apparently the band, who feature the exact same line-up, decided none of them liked the old name so decided to change it to Gobow. New name, new album due and definitely not to be missed if you ever get the chance.

Likewise Doppelganger, Wrexham-based purveyors of power with some very interesting time sequences. This lot certainly had the crowd up and dancing and look destined to do so many more times.

Mother of Six were making a welcome return to live action with new bassist Gaz Holmes and delivered an outstanding set. It’s probably an age thing, but the sight of a diffident lead singer nonchalantly prowling the stage with a background of some of the finest noise-grooves you will hear this side of Prestwich, is enough to warm the heart. Let’s hope we see more of them live soon.

With that the stage was set for the main act, Kent’s finest, Slaves, This is undoubtedly a real coup for Focus Wales and huge credit is due to the excellent organisers for securing the booking months ago. The anticipation was tangible as Laurie took the stage first in a pristine white boiler suit, obviously meaning business. When Isaac appeared and immediately attacked his drums like a lion tearing at his prey, the place erupts. You cannot help but be drawn in and then flung back by the energy and brutal simplicity that is emanating from the stage as they rip through songs of angst and humour.

Tracks like Beauty Quest and She Grew Up take on a whole new power live (not that they particularly need it), and help to explain why these two likeable lads have been anointed by some as the possible forerunners of a reborn punk movement. Who knows, but as they deliver Where’s Your Car Debbie, She Grew Old and Bad Machine does anyone really care? This is so good let’s just enjoy it for what it is, stripped down, rock ‘n’ roll garage riffs that are impossible to resist. Cheer Up London is a bouncing classic while the dark power of The Hunter amply demonstrates the potential that lies with this duo. Not content with simply having their finger on the pulse, Slaves have got their boot on your windpipe and you won’t want to move. They even bring their own cooling spray for the audience as well as them – what more can you ask?

Photo above courtesy of Brent Jones who is covering the festival for Louder Than War.