FOCUS Wales, the Wrexham based festival which “places the music industry spotlight firmly on the emerging talent that Wales has to offer the world” is back again next month. Here’s a brief preview of the festival which this year takes place over the weekend of April 23th to April 26th 2014.

“The trumpet of a prophecy! Oh Wind! If Winter comes can Spring be far behind?”

The question posed by Shelley (Percy not Pete) as he pondered change and revolution has only one answer, “no it can’t”, and thoughts of Spring have sustained us as Winter has bared its’ teeth for what seems endless months. The evidence that Spring is upon us is never more convincing than the final touches that are currently being applied to the excellent Focus Wales Festival line up and if he could, there’s no doubt the old romantic himself would be heading to the fair parish of Wrexham to indulge in this cultural feast.

By April the 24th, spring will be in full bloom in Wrexham. So, however, will be the fantastic range of music, comedy and interactive forums as Focus Wales delivers some of the finest all three have to offer. Playing in a range of venues across the town centre, some more unusual than others, will be established and even legendary talent, alongside some fantastic up and coming artists. 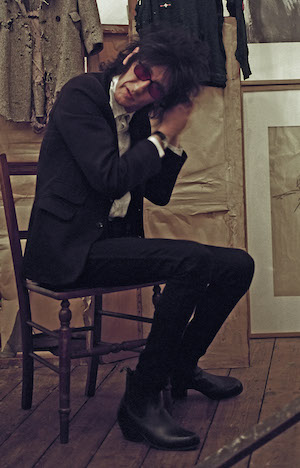 This is the 4th year of the festival and over four thousand festival-goers are expected to visit the area during what is sure to be the finest yet (and that is saying something). There is a great range of headline acts, not least the great John Cooper Clark, punk poet, broadcaster and hilarious raconteur, who will be performing in the William Aston Hall – a must see for all. However, such is the quality across the line-up, careful balancing will be needed to ensure the optimum is made of the time available as during Focus Wales, being in two places at once is a required skill. Most however, will feel the need to spread themselves much more thinly than that, and there are definitely some periods where all the guile and cunning of a Timelord will be required to avoid missing a great act.

Other established acts include Damo Suzuki, former frontman for the hugely inventive and influential German pro-rock combo Can whose live performances are often more like spontaneous conversations. Poltergeist are the instrumental side project of Echo and the Bunnymen members Will Sergeant and Les Pattinson while Gulp is the latest project by Guto Pryce (former Super Furry Animals) and promises a dream-folk electronica feast. Another must-see will be North Wales’s very own Golden Fable, no doubt performing tracks from their soon to be released second album. South- Wales stompers Keys, recommended by the likes of Jonathon Ross, Mark Lamarr and Laurene Laverne are essential viewing while no one can seriously be planning to miss the performance of Wrexham legends Terminal in The Commercial on Friday night. Once favourites of John Peel, this enduring post-punk act came so close to breaking through in the early ‘80s and still deliver a power-packed set of classics today.

Local heroes, Heal The Last Stand will be performing material from their hugely anticipated new release in the Catrin Finch Centre on Thursday and other outstanding local acts to see include Orient Machine, Sparrowhawks, Baby Brave and The Maydays. Throw in more emerging Welsh talent like Casi Wyn, Danny Gruff, Houdini Dax, Georgia Ruth and Aled Rheon and your eyes will be spinning like a fruit machine. Possibly the real joy of Focus Wales however, is the discovery of a band you’ve never heard before, but are unable to live without again. You could be in St Giles’s Parish Church, or Wrexham County Museum, or even at the free performances at Queens Square on the Saturday, and the band could be from Sweden, Germany, Brazil or Canada to name but a few of the countries that will be represented, and a sound will hit you that you’ll never forget.

This year stand-up comedy will be included for the first time including shows by Gary Delaney of Mock the Week and Norman Lovett of Red Dwarf which will undoubtedly prove popular. Add to this three days of conferences with panels including former Creation Records boss Alan McGee, Huw Stephens of Radio 1, Will Sergeant, Bryan Johnson from Spotify and Louder Than War boss John Robb, and you have a feast that is difficult to ignore. ‘Oh, to be in Wrexham now that April’s there’; tickets are still available from the link below so do yourself a favour and head to Wrexham where the welcome’s always warm and the music’s always cool.