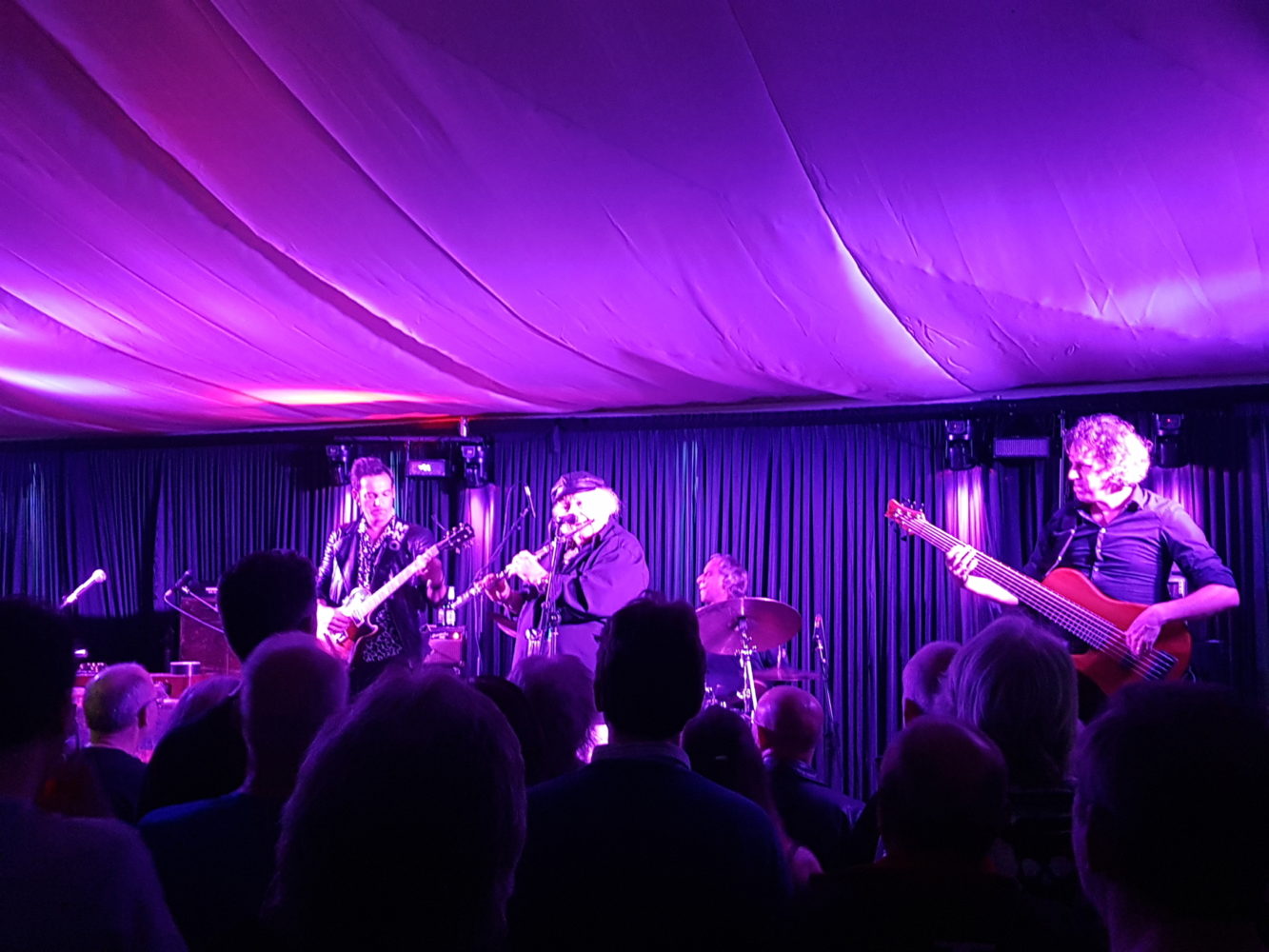 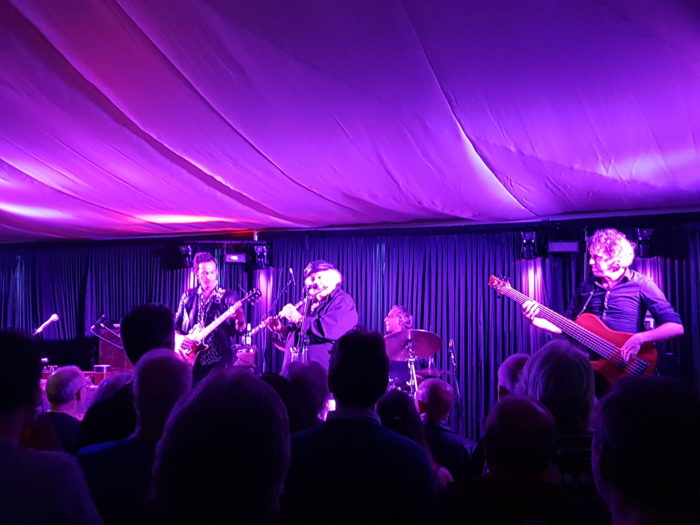 Focus are criss crossing the UK to promote their latest album Focus 11. Louder Than War’s Craig Chaligné caught up with them at their stop in Chislehurst.

Before the Dutch prog-rock legends hit the stage, we were treated to an excellent set by the Steve Eggs band, operating (for one night only) in duo format. Having just released a new LP titles “We Humans”, Steve Eggs and guitarist Jon Kershaw reworked several tracks from their new LP as well as a few oldies to suit this acoustic format. A very energetic performance that certainly won them new fans.

Focus have just released an album of new material and are going to be celebrating their fiftieth anniversary in 2020. Still led by the avuncular Thijs Van Leer, the band contains in its rank original drummer Pierre van der Linden who returned to the fold in 2004 after a lengthy sabbatical, guitarist Menno Gootjes (who has the daunting task of filling in Jan Akkerman’s shoes and does so with brio) and new bass pkayer Udo Pannekeet who joined in 2016. Focus still have a massive following in the UK and it’s a packed Beaverwood that greeted the quatuor as they took the stage. One of the must maligned aspects of the prog rock genre is its tendency sometimes to take itself too seriously but one thing is for certain: Focus have never fallen into that trap with the genial Van Leer displaying a healthy dose of self depreciation and continuously praising the chops of his bandmates during the performance. The band always remained melodic and accessible throughout their career and even in their most adventurous moments (the “Eruption” suite) remain easy on the ear. Our hosts chose to stick to the tried and tested during their show in Chislehurst starting where it all began with “Focus One” followed by their first single “House of King”. Van Leer was in fine voice and van der Linden’s drumming was particularly powerful throughout the set. Focus II remains the band’s magnum opus with the title track and “Hocus Pocus” being firm hits with the audience. “La Cathedrale de Strasbourg” penned by Van Leer when he was sixteen years old channels impressions his eight year old self experienced by visiting the said cathedral with his parents and his fascination with its bells. The excellent “Who’s Calling” penned by Pannekeet was the only track from Focus 11 but provided a nice taster for what is an excellent album.

The band are back in the UK this summer and will be stopping at the Boom Boom Club in Sutton on the 28th of June for an intimate show.