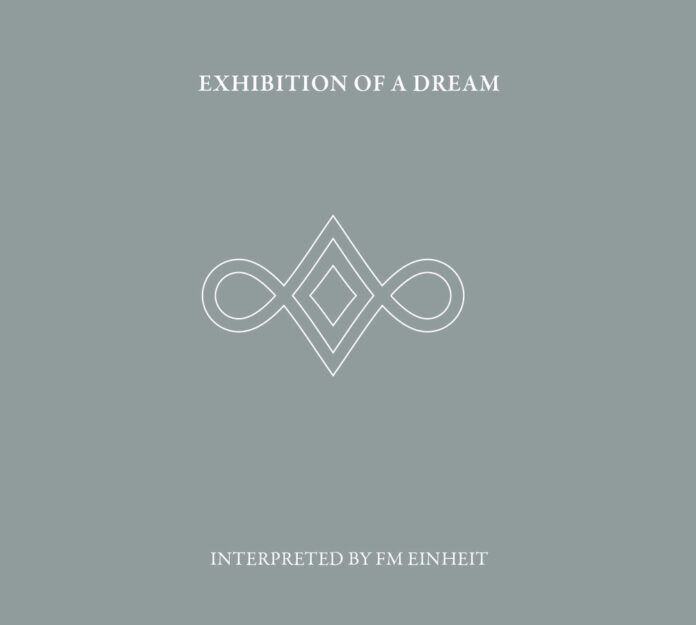 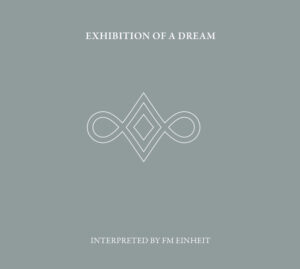 Exhibition Of A Dream

Exhibition Of A Dream consists of twelve dreams of musicians, artists and filmmakers, interpreted by FM Einheit and told by an eclectic range of artists. Ian Corbridge steps into this world of dreams for Louder Than War and finds a great deal to celebrate and inspire from the unconventional sounds and provocative narrative.

I could so easily have let this album pass me by, but I am damn glad I didn’t. After all, I am a product of the John Peel generation of the late 1970s and have always embraced a wide range of musical culture, resulting in what is commonly described as very eclectic taste. However, there is little doubt that rock ’n’ roll is at the heart of everything I hold most dear, alongside the influences of blues, folk, jazz, glam, punk, alternative country and almost any other labels you may care to mention.

Of course, the music of whatever label is something you either get or you don’t get and from my perspective, there were emerging forms of experimental music in the early 80s, championed by the likes of Einstürzende Neubauten, that really just did not speak to me in the way that other musical forms did at that time. Its trademark was a harsh, unconventional and unorthodox sound commonly described as rough punk or industrial noise. So how did I find myself drawn to this latest collaborative release by FM Einheit, a former member of those leading lights of the experimental revolution? After all, this body of work does not sit as an easy or natural companion to what I commonly listen to.

I guess thinking back to those earlier days, the likes of Bauhaus, who were right up there on the top shelf of my own pedestal were already dabbling in various forms of musical experimentation, so maybe some early seeds were sown there. But stepping forward to more recent times, I have been consumed by the sombre and sobering tones of Nick Cave’s recent albums through which many of his expansive soundscapes cross over into more challenging and experimental boundaries with compelling and transfixing outcomes. So maybe I was ready for this shift in listening experience away from the more conventional. And that’s where I found myself in the company of FM Einheit and many of his contemporaries.

Exhibition Of A Dream was originally released as a 3xLP set and was only made available for the duration of the exhibition. This fully remastered 2xCD reissue is presented in a 6-panel matt-laminate double digipak and so will now be more widely available for the first time.

The press release describes the conceptual project as follows:
“Exhibition Of A Dream (L’exposition D’un Rêve) is formed of a dozen dreams interpreted as songs. Exploded in time, these are played as temporary and evolving patterns of shapes and forms in an otherwise empty gallery following the drawings of mandalas. ‘Exhibition Of A Dream’ highlights the complex beauty of how to generate a dream in the mind of the spectator. A shared experience to be lived within our own personal inner space, these dreams are an invitation to listen to a sensitive architecture of words and music.

Every piece was created in 2017 and recorded both in public in the amphitheatres and the garden of the Fondation Calouste Gulbenkian in Lisbon, as well as in private at Einheit’s own studio, Steinschlag. The full list of dreamers were: Apichatpong Weerasethakul, Lee Ranaldo, Émilie Pitoiset, Susan Stenger, Susie Green, David Link, Pierre Paulin, Alexandre Estrela, Tim Etchells, Gabriel Abrantes, Genesis Breyer P-Orridge and FM Einheit himself.”

As I worked my way through the album from beginning to end, there is little doubt it took me on a journey which provided an enlightening and enriching experience. Thoughts and dreams are exposed and analysed through the ongoing narrative which is set against a background of ethereal sounds with an often mesmerising quality. I found my mind drifting back to visits I made with my daughter to some of the art exhibitions in Hamburg which seek to challenge, provoke and often destabilise the mind. And this album certainly does all of these.

Through the overtly sensual imagery of Death Progression, the haunting and sinister tones of Dungeon and Dark Dream In D, the choral overtones of The Seven-Year Dream and the challenging narrative offered by Genesis in Creation Recreated which provides an epic climax to the album, I experienced a whole series of emotions throughout this body of work. The sense of mood shift throughout is palpable as euphoria quickly shifts to a more meditative state with a deep sense of reflection.

To further illustrate the contrasting styles, Dream 17 February 2017 has an almost jazz fusion feel about it with a baseline that would sit easily in any Snarky Puppy album. And the climactic brass-driven FFW feels like a natural companion to this piece.

I began to reflect that my self-imposed lack of exposure to such experimental music in the past may have been to my advantage in enjoying this emotive aural experience. Perhaps the lack of such context did not allow any contamination of my own thoughts, opinions or experiences of this collection of unconventional thoughts and sounds which I approached with a very open and unsuspecting mind. Whatever the case, Exhibition Of A Dream, with its thought-provoking and sometimes disturbing narrative, is both a challenging and reflective piece which had the ability to dig deep into areas which I didn’t realise I had.

Exhibition Of A Dream is most definitely a challenge worth accepting and exploring and if you do, trust me, your next train journey from Charing Cross may never be the same again.

All words by Ian Corbridge. You can find more of his writing in his author profile.