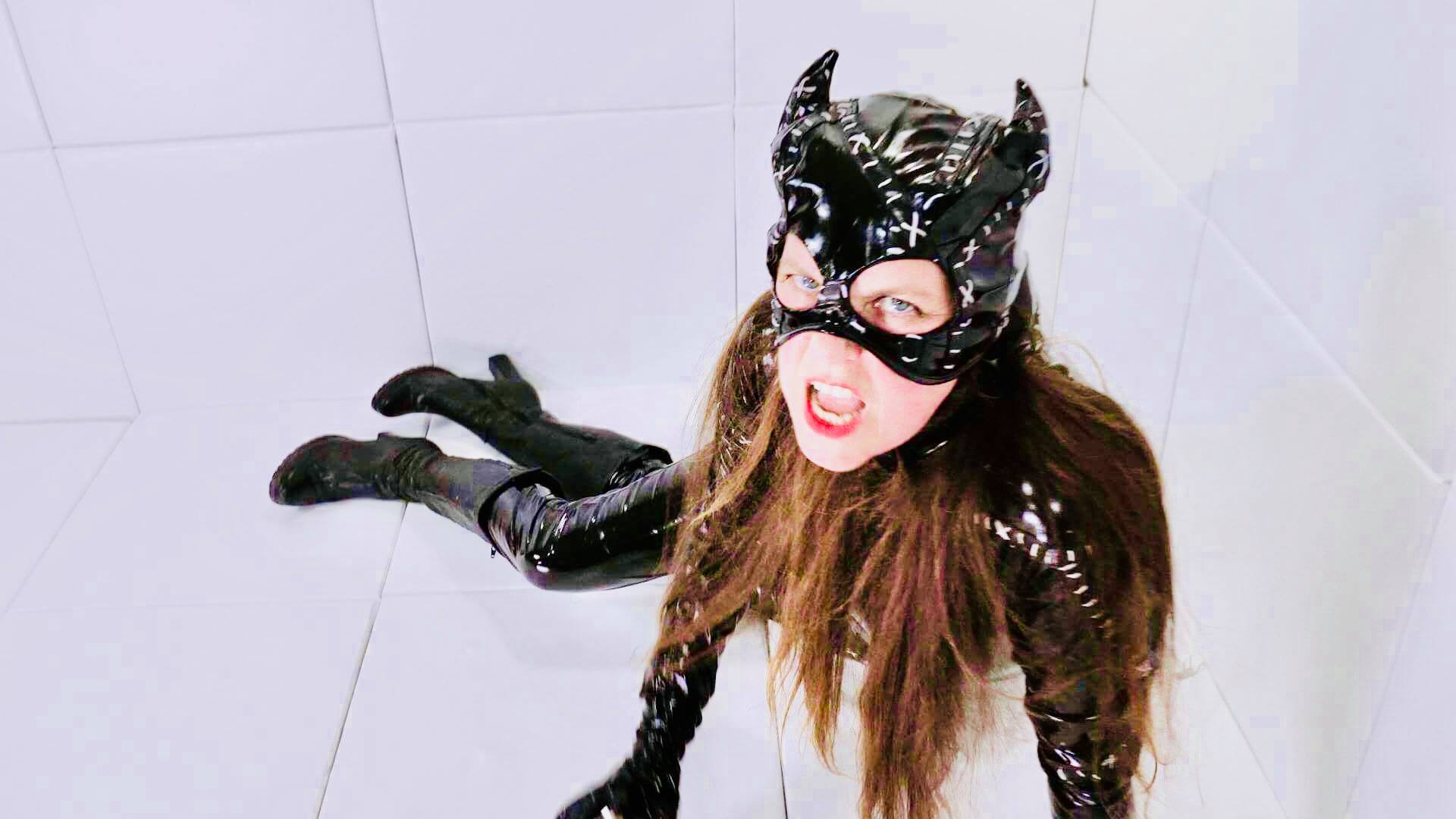 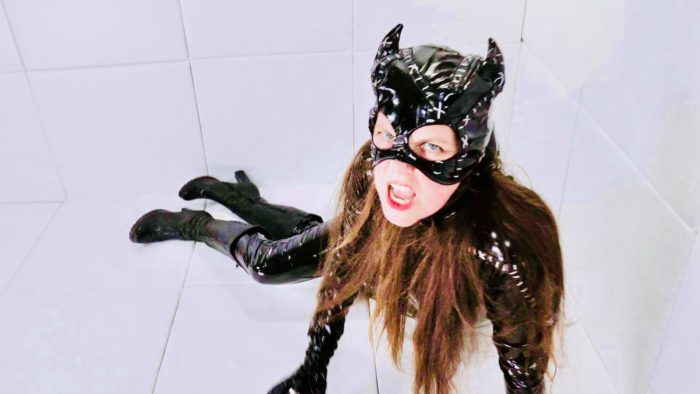 Are suicidal feelings and telephone triage assessments a laughing matter and suitable subject matter for a song?  You’ve gotta laugh says Ged Babey but sometimes it’s impossible until long after the event say The Flux Capacitors.

The Flux Capacitors are from Bristol. Their Courtesan album is a mighty piece of work.  Garage/Surf Punk, female blues poetry, pisstakery, angst and anger …. it’s all there.

Hazel Winter is the co-front person, ‘a more sweary Victoria Wood meets PJ Harvey’ with Commander Michael McNeil her foil, co-conspirator and butt of her jokes. It’s a strange working relationship as she’s old enough to be his batty Aunt and he should be playing with kids his own age.  This is one of Hazels songs -as she lived thru it….survived to tell the tale… and now rips the piss out of it.

I reviewed the album here , where I said;

The centre-piece of the album to my mind is Telephone Triage Assessment. A semi-spoken rap about suicidal thoughts and an NHS assessment by phone.  The musical backing is drums and feedbacking guitar but the gallows humour and laughing-in-the-face-of-it anger at the box-ticking and patronising procedure is darkly comic. Rate yourself, on a scale of one to ten, where one is pink and fluffy and ten Armageddon…  She concludes that despite the Fairytale of Success she was always destined to be just a Courtesan in the court of King Joffrey.  So accepts the occasional suicidal thought as just part of Life’s Rich Tapestry and instead of doing herself in – writes a song about it.   How a song about such a traumatic ‘life event’ can end up being a life-affirming work that is laugh-out-loud funny is a stroke of genius.

And here is the video!  An epic to rival Ben Hur!

I asked Hazel (by type-talk) if I had got it right….

Question: I’m guessing the song is based on actual events in your life ….and what I take from it is the fact that a sense of humour can be one of the best defences against mental health problems (sometimes and for some of us)… ?  Or is it partly a criticism of the way NHS Mental Health services have been automaton-ized due to budget cuts and lead to these stupid phone assessments ….?

Hazels reply came in the form of a poetic analogy rather than the actual clinical details of her mental health history – understandably, she is not gonna share that with a stranger and his readership – even if he did give her album a good review!  Trunky journo scum!

The tsunami had laid waste to everything for a protracted period of time; years and years. But it had proved endlessly complex; after the initial monstrously obliterating wave there were fathomless plunge pools, relentless eddies and whirlpools. Surviving the initial cataclysm was no guarantee of continuing survival. There was no single lifesaving procedure; different things worked at different times.  Avoiding it or planning for it had been impossible. I had no prior training, no wet suit goggles or flippers. Survival was down to luck, grim furious determination, a horrific sort of panicky multitasking, a couple of kindly blokes in lifeboats who showed up randomly and unexpectedly, and other survivors who helped me clamber onto wreckage. One or two of them risked themselves to pull me to safety at different moments of extremitis and in doing so, showed me how to love. Which was life-changing later on

A sense of humour is not possible when you are being tossed about by mile -high, furious, heaving mountains of heavy water. You need your energy for grabbing the odd, gasping lungful of air and coughing up gouts of seawater.  A sense of humour is as absent as empathy; other people exist only in their usefulness/capacity to drag you onto a life raft or bit of driftwood. Love, like the ability to laugh, is only possible an eternity after you’ve finally dragged yourself a long way up the beach.

Years after crawling up the beach, I optimistically went back to the sea on a sunny day for a quick paddle only to be swept away by an invisible rip tide. Remembering that everything is worth trying and that unexpected things can be surprising lifesavers, I gave the official channels a grim wave. They essentially lent me some small child’s armbands, a rubber ring and a snorkel .Not massively impressive , not a state-of-the-art fully equipped lifeboat, but not totally without use. And essentially well meant. Retrospectively it was significant that as I lay pebble-dashed and bloodied on the beach again, an endless time afterwards, my ruminating on my deliverance consisted of spitting out-loud, into the clear air of a new tropical island, That Was A Fucking Arsewipe Of A Snorkel Though!

It’s a great song, a funny video – and not a subject many bands could tackle as successfully.

And Winter? You’re a star. A far better singer than Victoria Wood and you look better in a cat suit than PJ Harvey.

The Album Courtesan is still available from here

All words  Ged Babey except where stated, Hazel Winter.