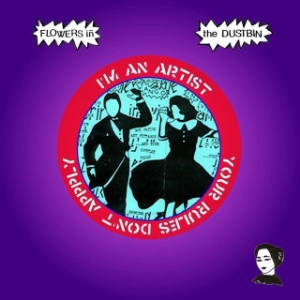 Not to be confused with the Glasgow multimedia collective of the same name, Flowers In The Dustbin passed me by in the 80s.  I was oblivious to their existence despite them releasing music on All The Madmen and Mortarhate – labels I would keep an eye on. Then Ian Glasper’s book The Day The Country Died came along – partly responsible for a recent rebooting of a few bands from the anarcho-punk movement of the 80s – a book which featured our protagnosists among many others.

Whilst they have been associated with anarcho-punk (check out the take on the Crass Records style on the cover), Flowers In The Dustbin aren’t flag waving on this collection of 6 tracks-  their approach is personal-political. For instance, the opener “Pagan Uprising” may be calling for reclamation of what went before – in the spirit of English Radicals through history – but comes across as more a tribute to what they think makes this country great: animal lovers, loving mothers, drug takers, and people who “applaud the cry I’m an artist your rules don’t apply” – from which the EP takes its name. Any song which name checks hunt saboteurs will always get a thumbs up from me! “Brixton tube” is essentially an anti-work song and rejection of being another cog in the machine. Part Thoreau, part Reggie Perryn.  “Temples” flags up freedom of sexuality – something that was always part of the DNA of punk rock but of late has come under attack from homophobic rantings by the likes of the Anti-Nowhere League which, in turn, have been tolerated and even defended by some “punks”. Thankfully a small minority of fuckwits.

Musically, Flowers in The Dustbin fall into what you might call the art-punk/post-punk bracket with a definite indie vibe. At times I am reminded of Zounds, at others there is something of Half Man Half Biscuit in the vocal delivery – falling between story telling and singing. I also can’t shake a familiarity they have to their ex-label mates The Astronauts. They deploy dual male/female vocals, have some quirky and catchy little hooks on the guitar and some good old “woah woah” backing vocals that bring to mind Thatcher on Acid and The Tone. I’d like to hazard there is a bit of a free festival influence with at times shades of Here & Now or Gong seeping out.  It fits with the whole vibe of freedom of thought and freedom from musical pigeon-holing.

One thing I am fairly certain of is that if John  Peel were still alive he’d be spinning this one – there is something about it that screams Peelie!

It is a departure for their drummer, Sonny , who can usually be found playing with crust merchants Constant State of Terror and occasionally standing in for Anthrax – whose Grow Your Own label released this.

The 6 songs come on limited edition red 10″ vinyl, CD or download and are available from the FITD bandcamp which Gerard tells me is at https://flowers.bandcamp.com/ but which didn’t have the tracks available when I last looked . It is definitely available from Grow Your Own! 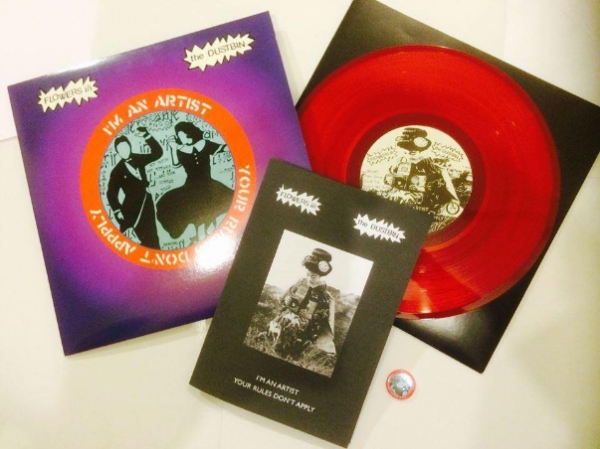