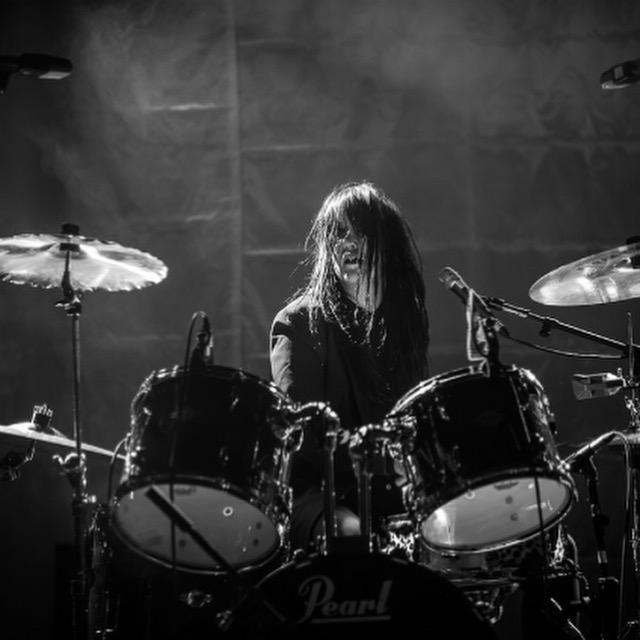 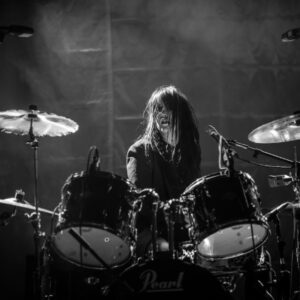 For many people, Fliss Kitson is one of the best drummers out there.

Her amazing polyrhythmic attack with the legendary Nightingales is something to behold. She truly is a remarkable player – power, precision and rhythm and imagination that has helped lift the band up to their new peak.

This month she will be playing with the Nightingales  at the Membranes big festival at the Manchester Ritz on Saturday April 29th.

The gig is the first in a new annual festival and will see the Membranes perform with with their 20 piece choir and special film about the universe. Also on the bill will be Brix and the Extricated, Evil Blizzard, Dub Sex, The Blinders and The Empty Page.

The gig is only £10 and tickets are selling fast. All details from here.

Fliss Kitson
Top 8 drummers
It’s quite rare that I’ll pay attention to a drummer. Something needs to spring out at me to make me think ‘Oh, hang on.. that’s interesting’ otherwise I’ll be focused on the whole thing rather than a drummer.
My inspiration didn’t really come from listening to drummers. I just kinda did what I wanted to do behind the kit.. obviously it adapted and changed from watching and listening to bands and certain types of beats. So this list was actually incredibly difficult to do… yeah, there’s drummers that I dig somewhat but not inspiring enough to put in a top 10.. hence this is a top 8.
Some of these you may not have heard of but this is purely a true a list of drummers I have been mesmerised by or who had some part in my journey as a drummer…. NOT a list of the obviously drool to make me sound hip (see number 8).
1. Daren Garret – Pram / The Nightingales / The Fall
I spent around 6 years watching Darren playing in The Nightingales, from the other side of the stage. It was a mind blower. His ideas, his flow and his passion are enthralling and you can’t teach that stuff.
2. Janet Weiss – Sleater Kinney
I decided I’d go for the drums when me and the girls at school wanted to start a band, but none of us played an instrument. I chose drums because of Janet Weiss… she’s a powerhouse and a singing drummer to boot.
3. Moe Staiano’ – Surplus 1980
The Nightingales recently went on a West Coast US tour and joining us for the (incredibly long) journeys was Surplus 1980. Moe’s drumming is all over the place in the most on it, technically solid, thought through way possible. His use of every part of the drum kit and wood blocks and cymbel bells is genius. I was captured and inspired by it completely.
4. John French aka Drumbo – Captain Beefheart
Robert Lloyd got me into Beefheart. Rob has a plethora of top drummers and passes on his enthusiasm for certain beats all the time. John French is the one who stood out.. his strange rhythmic magic brings everything together.
5. Glitter Band
I’m going to be honest, I don’t have a clue what the original drummer/s of the Glitter Band were called and I’m not going to look it up as that would be lame of me to pretend. Glam beats will never get tired. I use ’em a lot.
6. Palmolive – The Slits / The Raincoats
Pretty much sums it up and I wholeheartedly agree :
” I like drums because I love dancing and I thought the drums were the closest.”
7. Katherina Bornefeld – The Ex
The Ex are a recent addition to my record collection. . I actually only got into The Ex after being on tour with Surplus 1980 (see number 3) as Moe is the biggest fan…. and you can see that influence running through him somewhat. Katherina is a powerhouse with an eclectic mind, her patterns are the unexpected.
8. Dave Grohl – Nirvana / Foo Fighters
Dave Grohl was the first drummer I ever actually took notice of before I ever played. For me, his beats always lifted the music. The drumming is incredibly powerful and its more a nostalgia thing for me but I still love it.