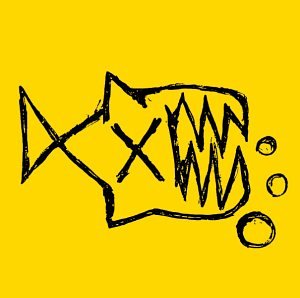 It was the afternoon of Flipper’s Bristol gig & as I was checking my twitter timeline I noticed a tweet from Pinch alerting us to the fact that Guido was playing a secret gig at Mr. Wolfs that very same evening. Not only are live performances by Guido incredibly rare events, this was also to be the first time he’d been seen in public with his band. Guido’s Anidea album ended up as one of my favourite releases of 2010 so I was suddenly wrong footed & super conflicted; do I go see a bunch of ageing rockers most famous for an album, Generic, released in 1982 (30 years ago!) & who are also known as godfathers of a genre (grunge) that never really set my world alight, or do I go see one of the most versatile, boundary pushing artists working in the field of ‘electronic music’? I knew where the cool kids would be going, just didn’t know what I was gonna do.

So anyway I cogitated on the issue for a few minutes before deciding that as I’d already spent Ã‚Â£13 on the ticket for Flipper and as I’d already kind of committed myself to writing this for Louder Than War that I should probably go see Flipper after all & put running with the cool kids on the back burner. Again.

And you know what? I absolutely made the right decision. No regrets the morning after whatsoever. Rather, I spent the morning mentally laughing in the faces of the ‘cool kids’ whilst telling them that this time they’d lost. (Whilst also acknowledging that the ‘cool kids’ probably had a great time too & if they knew what I was doing they’d be doing the same back at me).

Cycling up to The Croft I spotted Big Jeff striding up to the venue with a litre bottle of water tucked under his arm, a sight that somewhat reassured me I’d made the right decision.

Big Naturals were the first band up, one of the many jewels in Bristol’s forever burgeoning music scene. They’re especially good live, good enough to take the breath away in fact. Last night was the fourth time I’d seen them & each time they’ve been better. The longer their sets go on the more caught up in it you get. As there were only two bands on tonight they had free reign to play as long as they liked, although having said that I have no idea if they played longer than normal because when they do play I don’t notice time passing, a feeling that’s encouraged by the fact that there are no breaks in their set, one track rolling straight into another. I’m sure their gigs are all well thought out & planned in advance but when they do play live it just comes over as one long mighty noise jam. Last night’s set wasn’t quite as experimental as I’ve known them to play but it was still bewilderingly, excitingly good. The band members seem to get completely lost in what they’re doing, always a good sign they’re “in the moment”, playing with their hearts & souls.

Big Naturals sound is “big”. “Big” in a room filling, crashing, tumultuous ever expanding sense of the word “big”. They’re essentially an instrumental band who push their sound to extremes by using lots of effects pedals and amplifiers along with clever use of feedback & distortion. And all this from what’s usually 2 people. (They had occasional input from a third musician on Thursday who was moonlighting from The Heads). They are definitely one for fans of extreme noise terror (the concept, not the band).

Usually the whole band set up in the middle of the floor, drum kit an all, right where the audience stands which brings you that much closer to them & makes you feel more a part of ‘it’. Obviously when they become really famous this’ll be impossible as the venue’s they’ll be playing will be packed with punters, so grab every opportunity you get to see them play like this while you can.

Big Naturals have a new album being mastered as I write so hopefully when that drops they’ll start reaching a wider audience – they’re overdue more recognition, as does every band who put so much heart into their “sound”. I think the only place you can keep up to date with them is their Facebook page which is here: https://www.facebook.com/pages/Big-Naturals/139612126053038

So, to Flipper. Got to admit I’d been reigning in my expectations for their set, mainly coz I couldn’t believe a band who were in their pomp 30 years ago could still be good. I first heard of them back in the mid 80’s, leafing through the “US Hardcore” section at the legendary Selectadisc record shop in Nottingham. Those being the pre-internet days & as I was unemployed at the time, I could only buy (& hence hear) about one record / month. Naturally I rinsed each one to bejesus, so I was expecting the gig to be one long stream of Proustian reflections.

Most people, of course, know about Flipper through the Kurt Cobain T-shirt incident & maybe also because Krist Novoselic played with them after their reformation in 2006. They’ve been described as the “godfathers of grunge” which is a bit misleading I feel. For instance they sound nothing like Nirvana. Having said that I’d have to admit that their sound is kind of grungy, just not the sort of grunge we’re familiar with. It’s a kind of long, slow, grind grunge but not in a sludgy way (other people will tell you otherwise). ‘Sludgy’ suggests it’s dragging you down but i feel more uplifted by Flipper.

Prior to the gig I was trying to decide if I thought their “sound” was timeless or whether it was very much dated as a mid 80’s US sound. I came to the conclusion that if you played “Generic” to anyone today who hadn’t heard Flipper the chances are they’d end up bubbling with enthusiasm about what they assumed to be a “new band”, although having said that, to me they seem very much to belong to that whole Butthole Surfers / Big Black / Foetus etc era of American music.

Anyway, there seemed to be quite a buzz at the Croft & expectations were obviously high before Flipper took to the stage.

The band now consist of Bruce Loose on vocals, Ted Falconi on guitar and Steve DePace on drums, all of whom have been playing with Flipper since 1979. Then there’s the newest member of the band playing bass (and telling dirty, dirty, jokes), Rachel Thoele, who fitted right in with the rest of the band perfectly. It didn’t take them long to get into their stride & it quite swiftly became obvious that this was not going to be a disappointment. Despite the fact that people seem to associate Flipper with doom & gloom I experienced quite a few moments of “gig euphoria” & I’m pretty sure I wasn’t alone in enjoying the set so much. By rights, music as slowed down, dirty & bass driven as Flipper’s really shouldn’t make anyone as happy as it was making me & quite frankly I’m at a loss to explain why this was.

Perhaps one of the reasons I was having so much fun was that Flipper seemed to be having a whale of a time themselves, engaging in banter, telling jokes & playing one of the longest sets I’ve seen from a band for quite some time*. They were onstage for over an hour in the end and I’m sure would’ve carried on for longer if time had allowed.

Most of the highlights were, of course, off their 1982 magnum opus “Generic”. They definitely weren’t the most perfect renditions of the tracks, and even at times were a bit shambolic, but that didn’t matter in the slightest. Most of the audience where I was standing were engaged in long, lethargic head forward / head back movements although there was another section of the audience who got a bit more energetic, slowly mauling away during a few of the songs. It wasn’t really the music to slam dance too though & every attempt to get a mosh pit going kind of petered out.

Always a favourite,”The Way Of The World” was definitely a bit of a highlight but “Sex Bomb” came close. It was sung by a very assured Thoele rather than Loose & worked brilliantly rendered this way. There were moments when it felt like the song was never going to end & if it hadn’t I’m sure we’d all still be there now. Aiding Thoele on vocals were audience members number 1 & 2, hollering & growling away into the crowd mike, complementing Thoele as she sung the line “She’s a sex bomb my baby – yeah” over & over. It was a rare occasion when handing the microphone to the audience actually worked, the growling of the audience perfectly complementing the growling of the band.

After they finished I was stood by the side of the stage. My T-shirt was drenched & I had a long cycle home in front of me. So naturally I put down my bag, took out a dry T-shirt & proceeded to strip off & change into it. Looking up I noticed Thoele smiling an “our work here is done” smile as she watched me doing so.

I’m going to leave the last word to an audience member. During the song “Life” this guy picked up the second mike & began singing along. The lyrics of this song include these lines repeated over & over & over:

Slowly though the audience member with the mike became louder & louder till it became clear that what he was doing was replacing every “life” with the word “Flipper”.

And yup, for just over an hour last night, Flipper WERE the only thing worth living for.

*Stop Press. Last night I saw Helmet who played the whole of their Meantime album plus about 10 other songs, it lasted even longer than Flipper, about 1.5 hours & was of considerable moment.