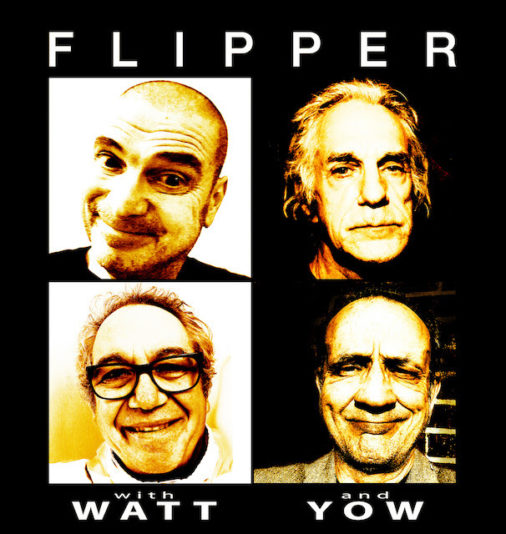 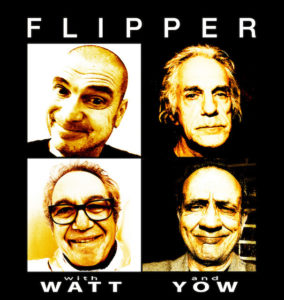 Flipper’s performances are famed for their unpredictable nature, centered around repetitive bass lines, ultra noisy and atonal guitar playing by Falconi with DePace’s tight drumming keeping the tunes together.  In 1979 Flipper debuted on the SF Underground 7” comp with the track “Earthworm”. Followed by their first single “Love Canal / Ha Ha Ha” for Subterranean Records (as SF Underground became known). The single “Sexbomb / Brainwash” was released in 1981, causing excitement within the underground punk scene of that time. “Sexbomb” has now been covered by countless bands over the years. The group’s first album; ‘Generic Flipper’ (1982) is considered a classic, and remains Flipper‘s most acclaimed album of their prolific career with Kurt Cobain being a vocal supporter of the band.