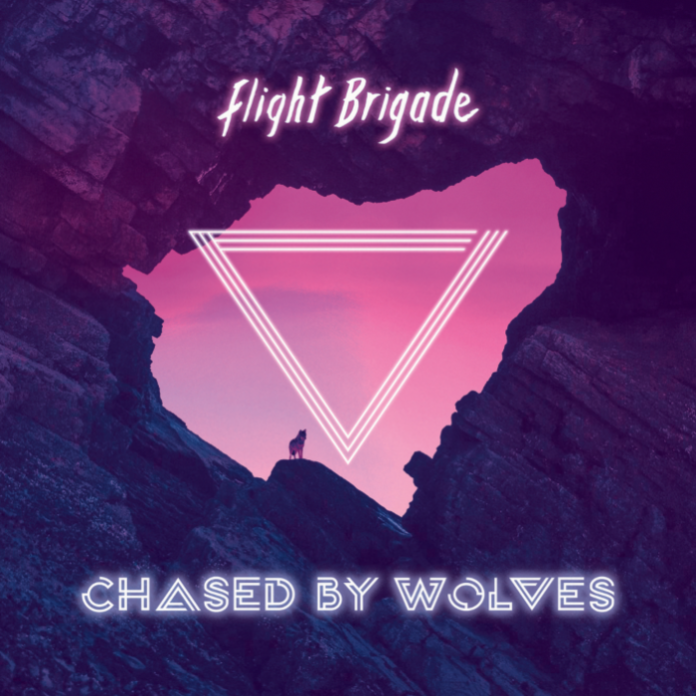 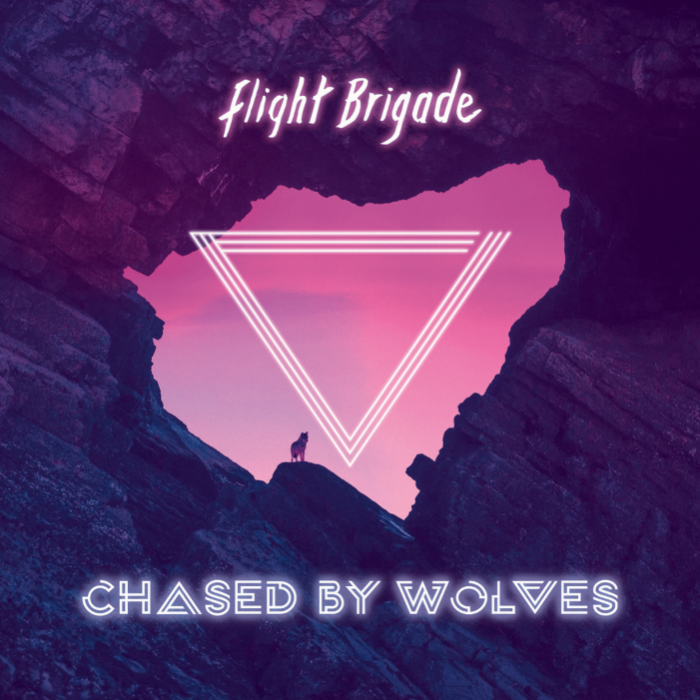 Seven-piece Flight Brigade deliver their second album that combines some of the familiar with a glossier eighties vibe.

Having listened to Chased By Wolves for a few weeks now, I’m plagued (in the nicest possible sense) by earworms about being, erm, chased by wolves and silver bullets to the heart. Don’t be afraid though – this isn’t an album about werewolves and wolf lore encased in a dark gothic soundtrack or anything likely to cause restless nights.

Flight Brigade have been around a few years and, having had the chance to encounter them several time at festivals, they’ve proved a dynamic and absorbing live band. With a series of EPs and their debut album, Our Friends Our Enemies, they’re equipped with a tasty little back catalogue. One of these tracks, Sirens, finally makes a mid-album appearance having been part of the band’s live-set for many years. Three short vignettes also provide links between the songs whose lyrics are, in the main, inspired by the band’s personal journey over the years.

It’s the title track that’s the most telling. The cutthroat nature of the music business and the wolves and sharks that swim its murky waters are the focus of the driving rock number. A handful of songs have already made their bow via the video medium, so you may have encountered the neon day-glo colours of Heartbreaker and Fury Road which are carried along on a pacey new wave vibe. Alternatively, Tinderbox takes the band into dance and club territory and demonstrate the multi-genre vision of Chased By Wolves.

The range and variety continue with the hard rock core that carries Brainwave but, if you’re looking for more obvious connections to Flight Brigade’s past, Where Eagles Dare is much more typical. This track explores the tight bonds and friendships that count in times of difficulty and which is at the heart of Flight Brigade. There’s also Creature that closes the album. A track that the band had in their locker back in 2012. There’s even a video of them on YouTube playing the song at Bakewell Music Festival where I distinctly remember keyboard player Jonny Barker being placed precariously at the edge of the stage.  It offers another branch of the Flight Brigade tree in being the band’s homage to the world of Tolkien

Some of the more epic aspects of the debut album may have been watered down but Chased By Wolves sees Flight Brigade in the position typically known as ‘refusing to be pigeonholed’ and at a challenging junction.