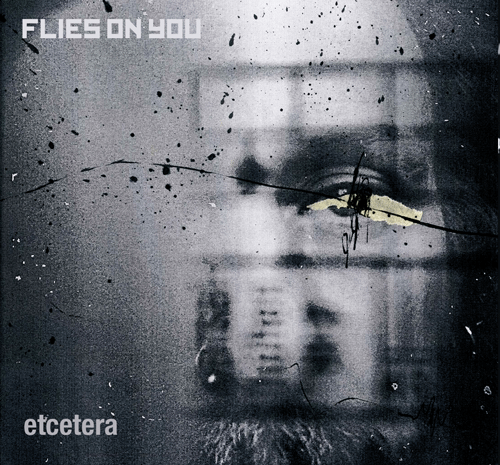 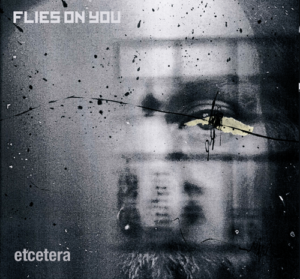 Flies On You – Etcetera (Self-released)

Leeds based post-punk band prove themselves to be “the Dark Version of Half Man Half Biscuit” with their second long-player.  Ged Babey cracks a wry smile.

What with Alternative TV, Wire, Penetration, the Monochrome Set and Nightingales about to release albums in the first half of this year it looks like being boom-time for the so-called old-school ‘post-punk’ sound.

Comparative newcomers Flies On You though have hatched this, an early contender for album of the year, which would appeal to fans of thinking-mans punk.

Recorded on a budget of fuck-all and with a shoestring distribution, this is a DIY triumph by a band (duo) who are old enough to know better but have got their erratic humorous songs down to a fine art. There is a lot of dark and sarky humour in the band’s songs but not so much as to bog it down in novelty.  The music is strong enough to warrant repeated listenings and the humour maintains its appeal. For example, a line like “You’re the Anaesthetist John. You Can’t Have the Face of a Haunted Man” makes me smile every time.

You could call it “Half Man Half Biscuit style Goth” if you wanted to be flippant, but maybe that’s misleading? Much fun can be had in spotting the influences in FOY’s work though. A Strangler’s bassline there , a bit of Killing Joke there, but Swell Maps, the Sound, Spizz and even a synth sound from an old Wasted Youth record all appear. Not on purpose but by osmosis I imagine.

Flies On You are popular with Peel-o-philes Dandelion Radio and have gigged with the wonderful Lovely Eggs – which gives you exactly the right idea about this band’s origins and intentions. Music fanatics who don’t take themselves too seriously. Don’t get me wrong, they take the music seriously, but seem to enjoy the arsing about side too; writing their own press-releases-cum reviews, fr’example, from which the following is taken, and I can’t better!

It kicks off with “Hangdog”, a storming punk rock number evoking the anguish of prolapsed haemorrhoids. But don’t let that put you off. It’s not all doom and gloom. Some of these tunes are pop-monsters,… “Roof-Space” – with its reggae vibe, cute lyric (such pathos!) and an earworm of a chorus – wouldn’t have been out of place on Top Of The Pops. Some would no doubt grumble that Flies On You had “gone commercial”, just as others would hear “You’re The Anaesthetist, John” and suggest the Flies have “gone all Fad Gadget”. And others would decry “Ugly Cousins” as pretentious on account of it being sung in French and sounding like The Stranglers circa “La Folie”.

There was a time when the likes of “Can You Smell That Burning Noise?”, “Action Stations!”, “Katie Hopkins In A Human Form” and “Swine Hero” would have been floor-fillers in the nation’s alternative dance-halls. When nobody thought it untoward for dour northerners to ruminate obtusely on personal troubles and public issues, atop strident post-punk guitars welded to insistent, solid rhythms.

Flies On You are essentially Andrew Watkins and Doug Aikman and yep in 1979 they would have been cult heroes and there’s no reason why they shouldn’t be in 2015; albeit with a smaller audience of music-lovers over 40 who don’t just buy Greatest Hits collections or the same old stuff again on Vinyl.

Their 2011 Debut album ‘Nothing To Write Home About’ whilst containing some moments of genius ( like Josephine) had too many “eccentric digressions” of clever-cleverness to make it a coherent whole.  This time they almost succeed in making a more cohesive album. There are still two tracks which personally I tend to skip;  The diversion into cod-reggae I find annoying and the voice of Thatcher on another track -despite its poetic burying of the witch -is another frustrating distraction.

‘Katie Hopkins In A Human Form’ is great, simply because from the title alone it works on the assumption that she is not human. A self-evident fact to any right-thinking person. Some great wordplay linking the ‘great unwashed’ to the showers of Auswitch.  Yeah, it is dark, nay Gothic humour.

“Action Stations” too was an immediate favourite and a song that any parent of teenagers will appreciate with its infuriatingly catchy chorus of:

Please bring down the forks and spoons,

Please bring down the plates and bowls

Please bring down the dirty clothes

And pleeeeease…… bring down the government

The darker songs which close the album cover subjects like the police and the cover-up surrounding Jill Dando’s murder.

The production is as slick and yet beefy as it could possibly be on a limited budget and overall this is an album you can return to time and time again for smiles and tuneage, laughs and riffs.

Flies On You have the following live shows coming up…

All words by Ged Babey. More writing by Ged can be found at his author’s archive.