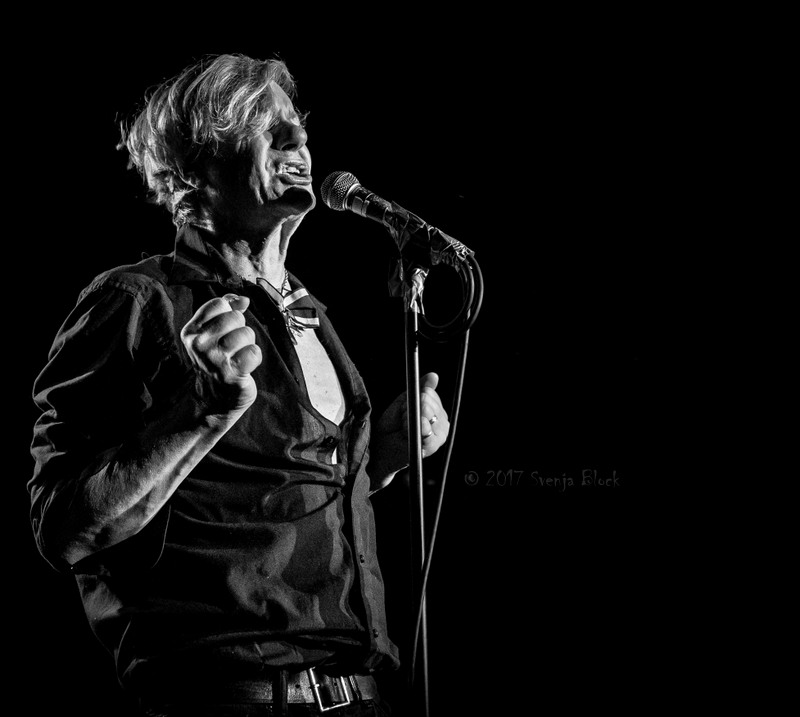 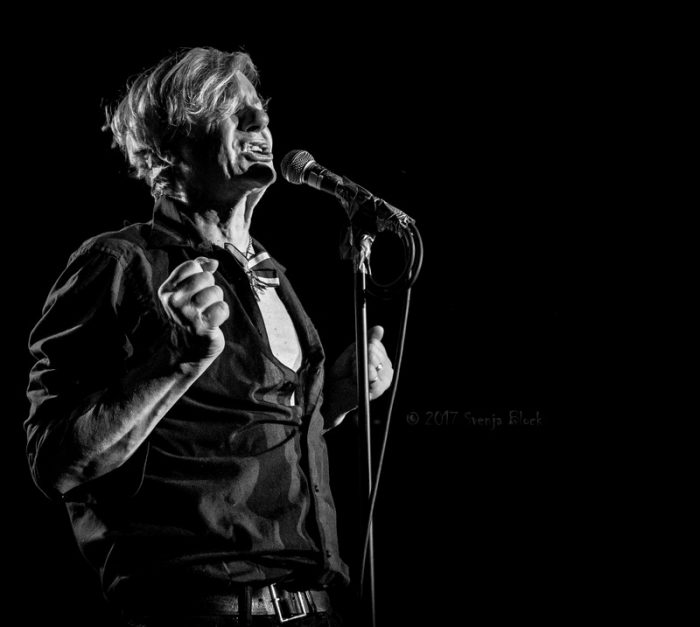 The kings of super rock return to London headlining for the good folks of Dirty Water. Photos by Svenja Block, words by Craig Chaligne.

The Fleshtones are definitely making up for all the years they didn’t tour the UK. With four uk dates, this Blighty jaunt is quasi biblical in proportion by the band’s past standards. Dirty Water had made a mini festival of the evening with with sets by The Kurt Baker Combo, The Embrooks and Sir Bald Didley and his Ripcurls. As said by the great Sid Griffin on twitter after the show: “The Fleshtones at Nambucca as brilliant, as vibrant, as life-affirming in live performance as ever”, the band simply refuses to slow down and as long as the audience is up for it, the party atmosphere in the venue can skyrocket through the roof.

The band chose a few recent classics to start the evening with a killer run including “Bigger and Better”, “Going Back To School”, “Feels Good To Feel” and “Let’s Go” (where bass player Kenny Fox took lead vocals). Peter Zaremba shed his cape early in the set (a wise move considering the temperature in Nambucca that night) and switched between centre stage and his Farfisa organ on the left. Exhorting the crowd to take part in the “wheel of talent” that saw all the band members spinning on stage, Zaremba spent as much time in the audience as he did in the crowd. The band are currently promoting their latest LP “The Band Drinks For Free” and the setlist showcased several new tracks including the excellent “Suburban Roulette” and the stomping “Love My Lover” sung by guitarist Keith Streng. They paid homage to their peers with “Remember The Ramones” and “Dominique Laboubee” (lead singer of French combo Dogs who passed away in 2002). Fan favourites “Pretty, Pretty, Pretty” was a definite highlight of the evening while the return of “Shadowline” in the setlist was an excellent surprise. The band called it off with “Alright” and their 1984 “should have been a hit” “American Beat”. Long live The Fleshtones !!!!