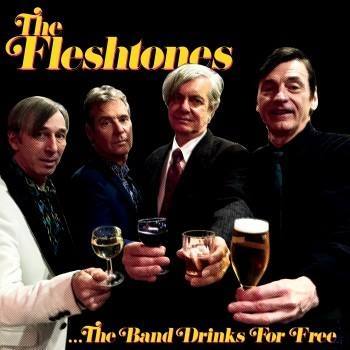 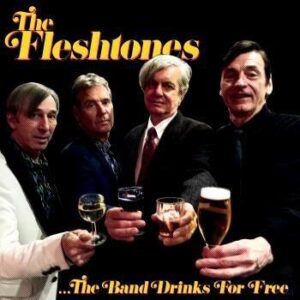 The Fleshtones: The Band Drinks For Free

The apostles of Super-Rock returned with their most polished album to date. Louder Than War’s Craig Chaligne reviews.

After a bit of a fallow period from the mid eighties till the mid nineties, the band’s 1998 LP “More Than Skin Deep” marked a return to form that has been confirmed by a series of excellent records. The band are celebrating their 40th year  in 2016 with the release of “The Band Drinks For Free” and  have decided to try something a bit different. Their last efforts were rooted in a mix of Farfisa and garage power chording, a tried and tested formula that they managed to keep alive by their enthusiasm (and their songwriting chops). “The Band Drinks For Free” is certainly their most produced album in a while. Opening safely with the party infused “Love Like A Man” with its playful Farfisa, the band follows it with a jangly power pop number sung by Keith Streng entitled “Love My Lover”. With The Fleshtones, a good joke is never far as proved by the lyrics of “Rick Wakeman’s Cape” (“You’re a real fine critter, you’re the pick of the litter. You’ll be my special date. Wrap you in Rick Wakeman’s cape and you’ll never escape”). Clever social commentary on “Suburban Roulette” is wrapped in a frantic tune . “Respect Our Love” showcases the band in a more mainstream attire with carefully layered guitars and shared vocals between Peter Zaremba and Keith Streng. “Living Today” could have been taken from the band’s IRS years and contains a great harp solo. The slightly psychedelic “Too Many Memories” sees the band jump from Nuggets I to Nuggets II and “The Gasser” sees them go all Dukes Of Stratosphear on us with blasts of Farfisa, weird organs and trebbly guitars. The more classic rock-ish “Stupid Ol’ Sun” contains yet another great Ken Fox bass line and a catchy-as-hell chorus. The 12 bar blues of “The Sinner” sees the band try its hands at a genre they never attempted with success. “How To Make A Day” would have been a hit on american college radio if it had been released in the eighties and the goofy “Before I Go” closes the record on a typically Fleshtonesque track with the Farfisa high in the mix. Another solid effort from The New Yorkers proving that the legendary Blue Whale cocktail must have lasting effects on the band’s creativity.