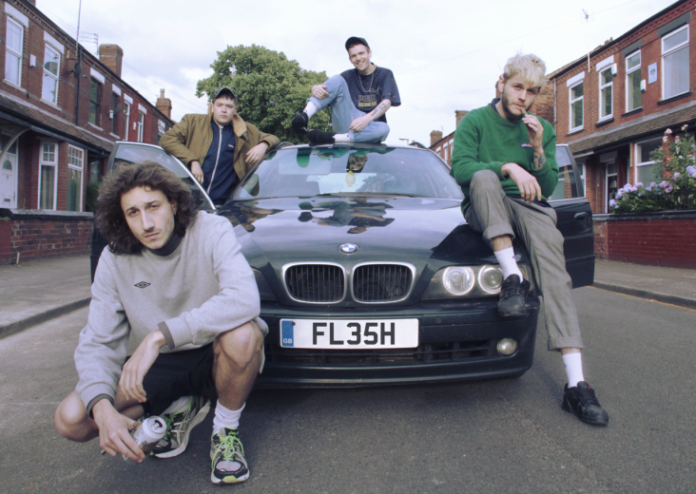 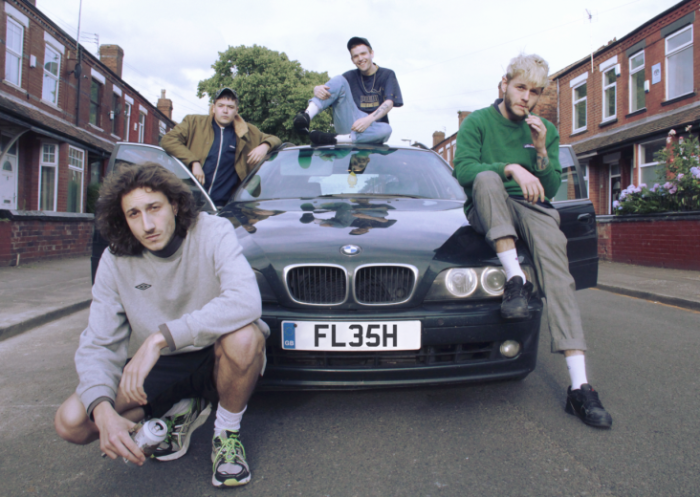 Currently on tour in support of their recently released EP ‘W8 4 ME’ / ‘Dead Lonely’, Fallowfield’s finest FLESH have just dropped a brilliant new video for one of the lead singles off said EP which you can check out below, along with more info about the band who provide the answer to the question “what do you get when Stone Roses meet Nirvana”.

Full of hooks and swagger the sound of FLESH may shriek “90s bands”, but the combined sound of these four lads from Fallowfield is very much of today as well. It’s ballsy stuff with guitars to the fore and a “fuck you” sneer in the vocals. Riding the wave of new Manchester bands, we first covered the self-styled “snotpop” band almost exactly a year ago with a piece that lauded “…their sneering combination of Madchester-esque debauchery, earth-quaking riffs, and feel-good Britpop.”

New songs ‘W8 4 ME’ and ‘Dead Lonely’ were recorded in FLESH’s home studio in Fallowfield Manchester. The past few months have seen Robbie, Haz, Cozza and Jon making waves across the UK with loads of radio play and their self-produced videos which have all reached 10k+views on YouTube.

Along with their first headline tour in September the lads will joining the fellow socially observant Rat Boy on two of his headline dates and support The Enemy in November. Expect some seriously raucous shows.

W8 4 ME / DEAD LONELY EP was released via RIP Records last week. You can listen to at W8 4 ME below and Dead Lonely Soundcloud and purchase the single digitally on iTunes.