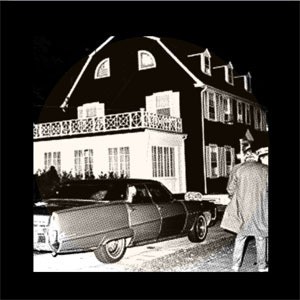 Flats made their live debut in the summer of 2010; they erupted onto the punk scene unleashing a sound soaked in sheer anger ”â€œ drawing influence from both UK and US hardcore; think Discharge or Rudimentary Peni car crashing with Black Flag, Flats were that sound but with an extra experimental edge added for good measure, front man Dan Devine variously antagonised and entertained those brave enough to witness their live shows”Â¦ I was fortunate enough to see them a couple of times, what was apparent was that the level of energy on display could not be sustained, particularly if the rumours of accompanying rock ”Ëœn’ roll excess were to be believed.

As such I was delighted to get my hands on ‘Better Living’ the bands first full length release ”â€œ not only did it signify that the band had both survived the initial flurry of attention and the rock ”Ëœn’ roll games, but having listened to the album it ably demonstrated that they have continued to experiment with their sound.

A cavernous bass opens ”ËœFoxtrot’ and we are deep into extreme metal territory ”â€œ this is heavy, and loud, very loud”Â¦ past the opening it’s like a battle between the drums and the guitars, but then Devine begins to wail, an agonised screech ”â€œ the song does not build; it opened, it continues, it ends ”â€œ no respite and ”ËœTango’ is delivered, a sludge encrusted noise and yet more noise, however, deep beneath the waves of melt your face thrash there is clear structure to the song, and its Flats understanding that songs, no matter how visceral, require structure that sees them succeed with this release.
This evolving of Flats sound no doubt came about as they supported sludge legends Eyehategod and clashed with Metallica at Sonisphere.

Says Dan Devine, their singer, “I wouldn’t even call us a punk band anymore. There’s two ideas of punk: people either think of John Lydon, he’s the prerequisite, or they think of piss-heads with pink mohicans sitting on Camden Lock. I’m quite glad to say, I don’t think we ever fitted into either of them.”Â

These experiences have clearly benefited Flats though they have not deserted their initial hardcore roots; tracks such as ”ËœSlam’, and ”ËœMoonwalk’ both have frenetic bursts of energy, and even a groove just to remind you of the bands recent history. ‘Crucifixion’, is a cover of the Hellhammer track ”â€œ this is brutal, but then that entirely fits the title.

Initially I didn’t notice but four of the tracks are titled after dance steps ”â€œ Foxtrot, Tango, Shuffle and Mambo, if anyone could dance to Flats let alone score points from Len Goodman than that would be as worth seeing as this album is worth hearing.

”ËœBetter Living’ sees Flats moving forward; this is by no means any easy listen – wave upon waveÃ‚Â of unrelenting venom;Ã‚Â but there is easily enough inventiveness on display to keep you interested and hungry for more