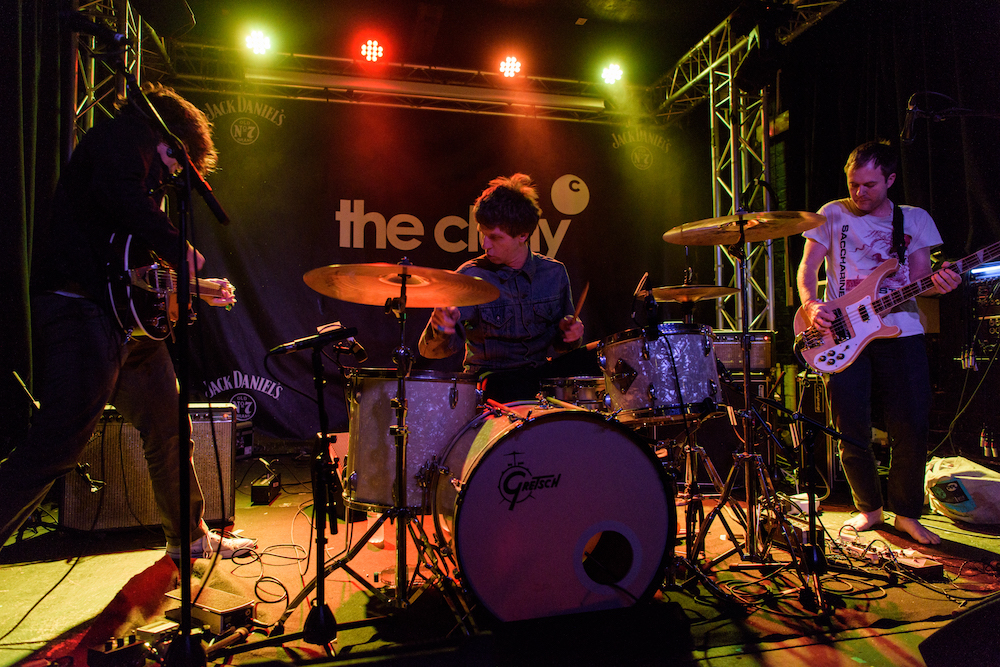 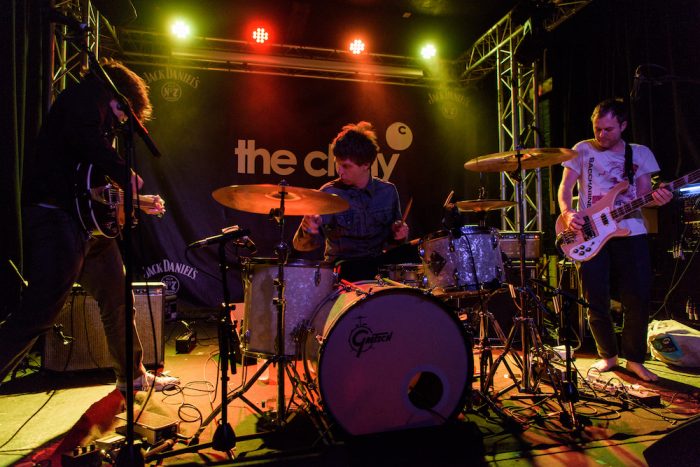 A tirade of riffs befall us as Flat Worms set about slaying Newcastle with their impressive garage rock, as the trio blow the roof off the Cluny.

On paper this show really couldn’t be much better, with members of three of the finest garage bands around at the moment, joining forces to create a seething melting pot of garage rock. Flat Worms features members of Oh Sees, Sic Alps and The Babies and tonight they’re amply supported by two of Newcastle’s finest new bands. First up is Japanese TV Club and despite their singer resembling Mac Demarco they possess a more excited tone.

Their upbeat tracks carry them through this short set, which wins them a number of new fans. Between songs their daft banter doesn’t really do them many favours, as they appear to come across a bit naïve and immature but that aside its an intriguing set and we’re sure that there are good things to come from these lads in the not so distant future.

Next up are Human Tooth who appear to be an amalgamation of a variety of local bands all coming together in a cacophony of sound. Seething feedback and roaring guitars is the tone of this set alongside snarled lyrics, they tear through their set effortlessly. The only way to fault this set is that its not long enough.

However, Flat Worms are quick to eclipse both bands tonight, with the drummer moved up front the battle lines are drawn. They set about tearing the roof off and in quick succession they succeed, they open with a rousing rendition of Motorbike. With the likes of Jam and 11816 following quickly behind it.

It’s a consistent onslaught of exciting tracks, with the crowd visibly enthusiastic they continually feed off of their excitement. As they turn to playing tracks from their debut EP their set takes an even more frenetic turn the likes of Petulance and Red Hot Sands are firm favourites. Particularly the latter, this visceral tirade of riffs and angst is lapped up and rightly so.

Red Hot Sands is by far the highlight of the night, that EP is one of the finest in its genre for the last few years though. That said Flat Worms have an exceptional pedigree and tonight it really shows through, they have the intensity, the ferocity and the power. You really cannot ask for anymore, there are certainly big things to come from Flat Worms!

~
Use of these images in any form without permission is illegal. If you wish to use or license any images, please contact LeeHammond@Louderthanwar.com.