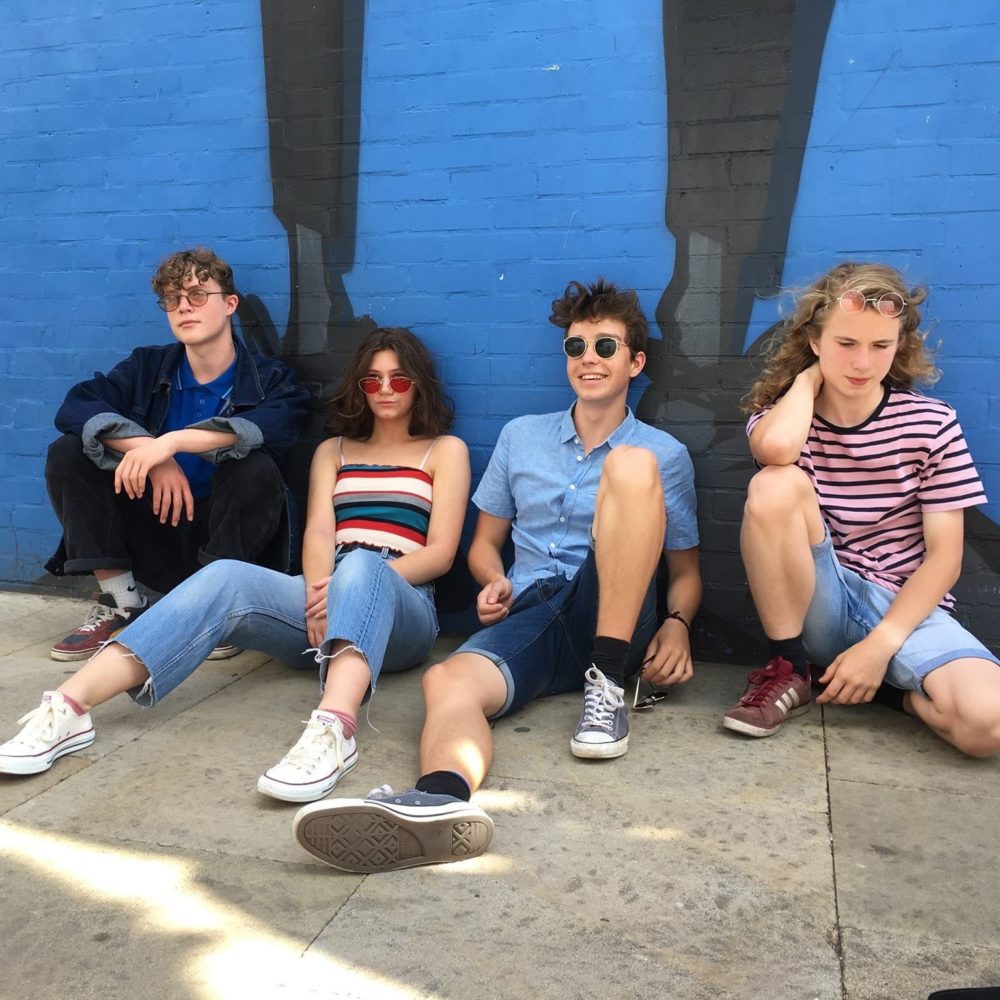 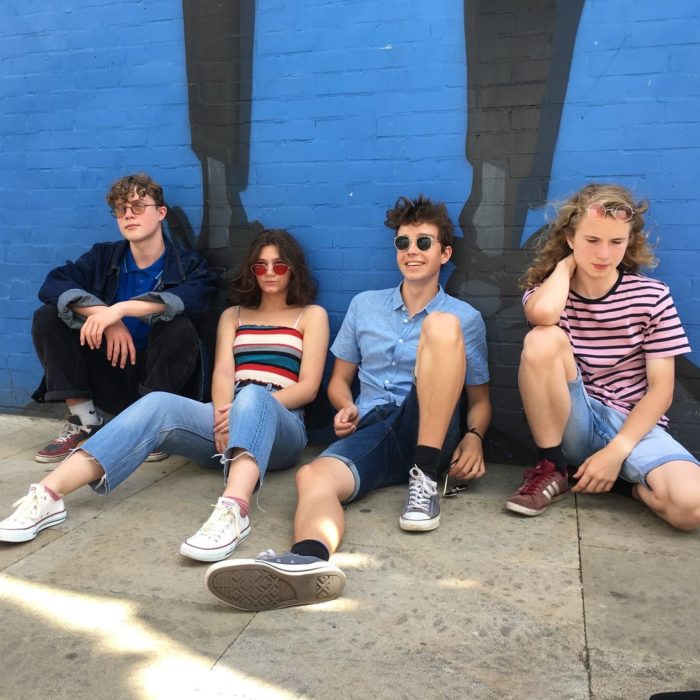 From the moment Flares fire up the intense moshing starts.

Kids are fiercely hurling themselves at each other as the beaming band’s sonic maelstrom takes hold. I wanna join in but I’m twice the size and over three times the average age of the churning mass of bodies.

This is a freezing cold January night at the Hare and Hounds in Birmingham and Flares single launch is sold out. With an average age of (just) sixteen Flares have already played some major festivals and gained a fervent young following.
cThey don’t know it but they’ve somehow channelled the Pixies skewed pop, (bassist Edie like a young Kim Deal), welded it to Nirvana’s intensity, (Guitarist Leo channelling Cobain, hurling himself around like it’s life or death) and then added an infectious Pop charm all of their own.

The last time I saw a band grin at each other this much was Undertones playing Teenage Kicks on Top Of The Pops light years ago. The band pause and launch into a gleeful re-working of M.I.A’s Paper Plane and suddenly it sounds like a Power-Pop classic. The sweaty audience run at each other again and the intensity continues. Castle of Cards closes the set with its glorious ascending chorus. One clattering, instrument-swapping (and just as good) encore later and it’s over. For now. The crowd head out to steam in the frosty air. A perfect start to 2019