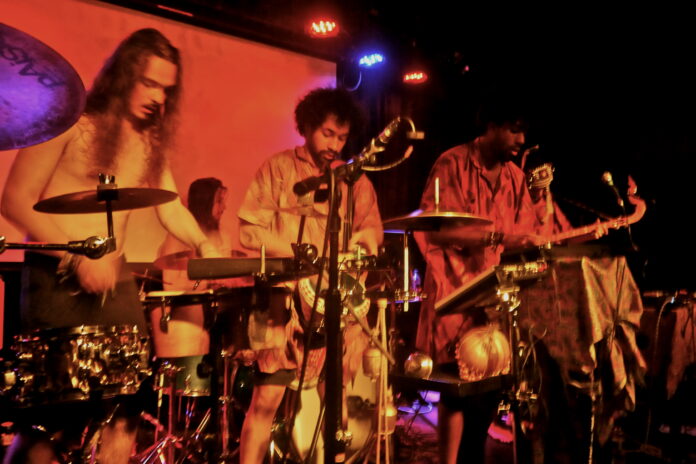 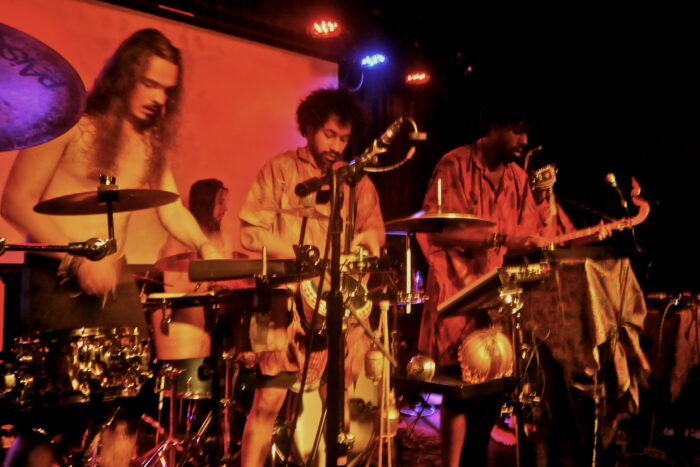 That Flamingods purvey a sound that is “impossible to pin down” is no original observation, and not just because The Guardian’s Paul Lester said exactly that in a profile of the band eleven months back. To laymen’s ears, listening to an album like Hyperborea, last year’s follow-up to debut LP Sun, and attempting to decipher any kind of recipe from the innumerable instruments and strange rhythms it employs is about as easy as transcribing an interview with Mark E Smith. You know the noise you’re hearing is that of a human being, and yet putting it into words seems to require some alien language yet to be discovered by humankind (or perhaps, more specifically, amateur music journos a touch out of their depth).

Tracking down the colours of their musical palette takes some research. In an interview with The Quietus, founding member Kamal Rasool reveals ‘mountain province Filipino music’ as an influence, while bandmate Charles Prest name-checks exotica and Bollywood funk. If that doesn’t leave you asking more questions than have been answered, walking in on them playing live certainly will.

As a reviewer, witnessing Flamingods in full swing forces you to park the urge to analyse everything you’re seeing and hearing to the bone, and instead submit to the fact that the five guys onstage (six with additional saxophonist) know their craft infinitely better than you ever will. They create an atmosphere that is distinctly carnival-like, despite playing in what is essentially the upstairs room of a pub, without a shred of gimmickry to be seen. Sure, there’s a whole lot of patterned shirts, paisley rugs and obscure instruments on display, plus some fantastically trippy projections from The Kill Shop, but it all somehow feels quite incidental.

As a photographer, it’s nearly impossible to capture the band in a way that resembles anything other than complete chaos. They appear to play no less than seventeen instruments each, sometimes in the space of one song, with each demanding a whole new position and physicality. It’s almost the story of recording their second album in microcosm. (Owing to an unexpected change in Britain’s visa laws, Hyperborea was recorded in several different countries, with band members exchanging tracks via email.) That their music originates from no one place, in terms of neither location, culture or musical influence, seems just as ingrained in their live show as it is in their discography.

Mastering the art of appropriation, or creative plagiarism, is one thing, but to rework, reassemble and repackage as many reference points as Flamingods do, without watering any of them down, is a much rarer feat. You don’t have to get deported in order to make great music, but it helps.