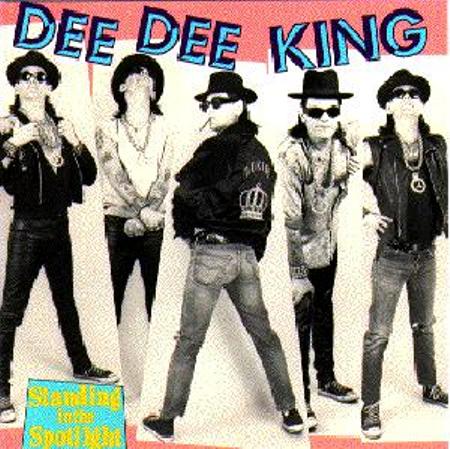 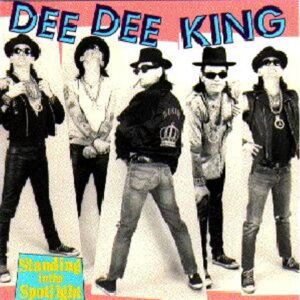 US footie player Clint Dempsey is to release a rap album. To mark this occasion Louder Than War’s Carl Stanley brings you five more unlikely rap records. Oh, and if you can think of any obvious ones we’ve missed and should add just let us know in the comments section.

International footballer Clint Dempsey released his first rap track back in 2006, Don’t Tread, for sports wear giants Nike. Since then the American footie star has released the odd freestyle along the way but the news coming out of America is that he’s planning to drop a full album after the World Cup.

But he’s not the first well-known personality to have a go at rapping. If you dig about you’ll find a whole host of unlikely faces who’ve all had a go at rhyming to a beat, producing a pretty far-out list of crazy hip hop releases.

Below are what we feel are the best…check em out.

Though Dee Dee was obviously an established musician and artist in the world of punk rock, his foray into New York’s growing hip hop scene still serves as a crazy-cool move and release today. Inspired by the rappers from his home city he renamed himself Dee Dee King and released the album Standing in the Spotlight. The most well-known track from the album Funky Man is as simple as it gets and watching the video you might wonder if everyone in it was high, but if anything it pays respect to Dee Dee’s punk roots and the spirit of ‘having a go’. Though its understood that The Ramone’s guitarist and chief, Johnny Ramone, wasn’t too impressed by his bassists rap move he probably still thought it was better than Marky Ramone’s self penned romance novel.

The nerdy guy from Ghost Busters actually started out as a musician playing in the same group as fellow Canadian Geddy Lee of rock group Rush. He was also a two time Grammy nominated musician as well who, over the years, released five albums with the last being My Mothers Brisket & other Love Songs. But it’s his rap take on The Girl from Ipanema which makes this list.

After striking up an unlikely friendship with legendary LA rapper Ice-T, David Hasselhoff went on to make a rap album with the gangster rapper producing. Though releasing music seems to be one of the Hoff’s passions, including his solo 1994 album Du as well as other releases along the way, I still can’t imagine how he and Ice T ended up making ‘music’ together. But check out his cheesy rap about kids TV character Pingu, which could have you thinking that maybe drugs were again involved in the making and releasing of this record.

Jay Z wrote the bars for this Bug Bunny rap for Space Jam, which came as a bit of a surprise as I thought he wrote all his own stuff.

Just when you thought you couldn’t dig him anymore than you already do Joe Pesci turns his cool up to 11 with this bad-ass Italian style gangsta rap record ‘Wise Guy’. There’s actually a 40 second video on YouTube taken from the official music video, but I’ve picked this brilliant Grand Theft Auto inspired music video. Rhyming to the beat from the Blondie hit Rapture Pesci sounds as cool on the beat as he does in the films with his good-fella inspired lines, such as…

…not forgetting his little bit of advice in the hook with his “It’s the bitches that’ll get ya”.

Wise Guy is both funny, funky and backed up by Pecsi’s smooth flow and nice timing makes it one of my own fave unlikely rap records ever.