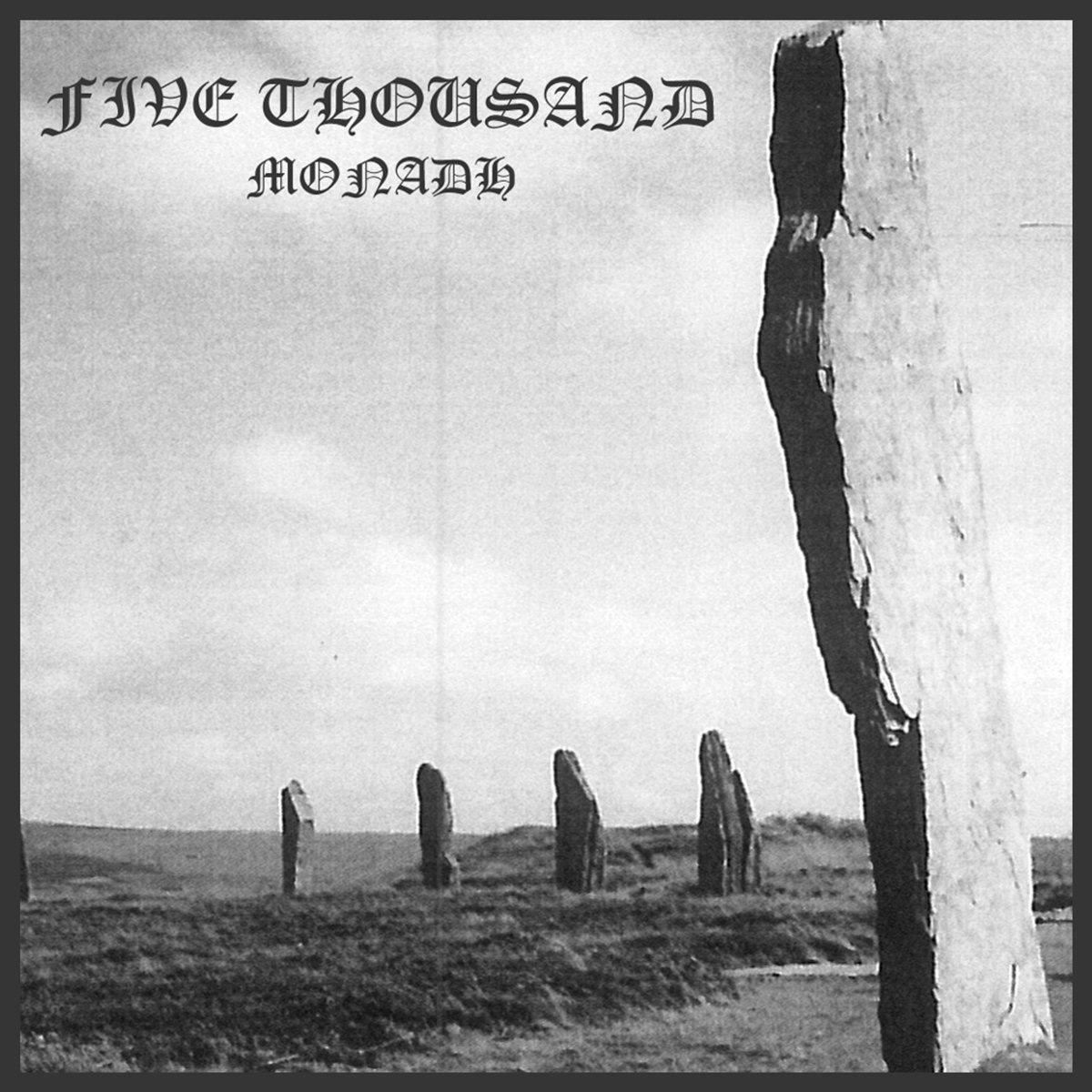 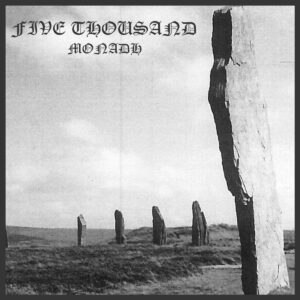 A bleak trip onto The Moor reveals a host of hardcore punk and metal influences on this crust concept EP.

One song in 4 parts clocking in at just under 12 minutes, but sounding to me like 2 songs. 5000 are not the first even in the world of punk.  Back in the 80s, Saw Throat released a song that was the length of an LP (Indestroy) and this bears some similarities to that: a bleakness and an orchestral level of complexity. You could call it “classical crust” but there’s not a violin in sight! This is what you might call a concept EP, not being long enough for a concept album. But it’s no chirpy Rick Wakemen ode to the Tudors or Jules Verne or even the trials and tribulations of punk rocker Joey on Sham’s That’s Life.  The Moor – dark and brooding, ominous, looming and powerful – is our anti-hero, harnessing nature’s power to devastate the puny humans below.

Monadh is the Scots Gaelic word for moor.  Actually to be fair, it’s not the moor’s fault.  And neither is nature or the weather the wrong do-er here.  The essential message from this release is pagan in origin: we disrespect nature at our peril. For, while the devastation caused to communities such as Hedben Bridge (pictured on in fully flooded mode on the insert) can be blamed on water, the real enemy – as the insert explains – is human kind.  And a particular type of human. The very rich, arrogant, type who maintains an artificial environment on the moors for the sole purpose of them shooting grouse.  This creates the conditions for something known as run off, and a landscape that can no longer absorb the water when we get downpours of the magnitude we saw in 2015.  Extreme weather caused by climate change plus a moor stripped of ability to absorb water equals devastated upland community.  Man’s efforts destroyed by man’s own hand.

Monadh Pt 1 is an instrumental intro. Eerie guitar, apocalyptic thunderous bass and tribal drums paint a bleak pre-historic picture placing you on the moor. It segues into Monadh Pt 2, during which Anti-Sect’s “Out from the void” and fellow Scots Sedition and Scatha are all clear influence.  While it can be annoying for reviewers to constantly say “sounds like”, the PR from Our Future records lists them so I’ll use that as my Get Out of Jail Free card. Vocals draw on Discharge and all the bands since who have growled their way out of a pile of dirty black t-shirts.  The spoken sections and discordant metallic solos are hugely reminiscent of Amebix’s Arise (which of course features a track called The Moor). Some more trad metal style solos also pop up but they are not overly indulgent so fit well with the general feel.

Monadh Pt3 sounds to me like another atmospheric intro, but is technically a bridge between parts 2 and 4. Rushing water ushers in some noodley bass work. Thunder strikes signal the arrival of the storm but the sound effect was just a little bit OTT so unfortunately I couldn’t help but think of wizards rather than weather! (Rick Wakeman in his cloak?) No matter.  Nature is coming, and you cannot stop its downpour.  So Monadh Pt4 kicks in. A slow pounding song with a melodic clear guitar hook – an approach which works so well for Wolfbrigade and others of their ilk. It is complemented by the tormented vocals struggling to make themselves heard.

The fold out A3 poster insert uses Crass imagery and fontwork to combine a serious message with a swipe at celebs co-opting punk style. Actor Jared Leto in a ridiculously expensive “crust” leather, complete with Avskum patch is the centre- piece. “5000 for a leather jacket”. Round the edge we read of 5000 fed by bread and fishes (another nod to Crass), 500,000 in extreme poverty in Scotland and 5,000,000 Syrians living as refugees.  In that context, 5000 for a leather jacket ceases to be something to laugh at and becomes obscene.

By now you have probably got a good enough mental image of this to know whether or not it interests you, so head on over to the Our Future bandcamp if you want to seal the deal.

Our Future records are on bandcamp  and have a website.

Review by Nathan Brown. More from Nathan can be found over at his Louder Than War Author Archive.