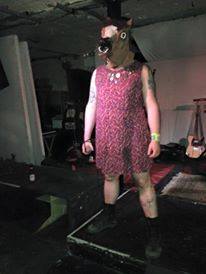 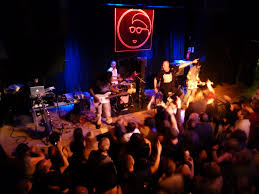 Manchester is often celebrated through its discography – considering the legacy of ‘Madchester’ and the sounds of years previous such as New Order and Joy Division. Yet although tuning into the past is an experience, what also matters is all that you can experience NOW – in the form of live music across the city. Rather than in tribute to times gone by, Manchester has a kind of sound with diversity and dispute at its core – often odd, unsettling and incredibly immersive. I’d encourage anyone to get along to some gigs, after all, it’s a learning curve….

1) Fanchester! You can meet your idols

It seems that Manchester is the place that people can get up close and personal with the performers they love; in more ways than one! Take the recent example of Kendrick Lamar collaborating with members of the public at BrighterSound and having a chat with fans in the subterranean bar TwentyTwentyTwo. It seems that the city inspires a humbling quality in musicians; something perhaps not seen as much when playing big, often impersonal venues in other cities. Another example is the city’s own Slow Readers Club who took to social media to excitedly announce that they will be supporting their own musical idols James in their latest tour. So it’s a place which puts performers as well as people in touch and there are a number if venues where gettubg up close and personal is possible – consider The Whiskey Jar and The Night and Day Cafe.

2) People play in some weird places

People squeeze into some quirky urban spaces to play in Manchester; making their live sets even more electric. Forget the ever-changing face of the Manchester Arena, it’s in the city’s sprawling streets that music takes real shape. Whether it’s an intimate acoustic set in The Temple – a gritty underground bar which used to be a public toilet (also known for its amazing Jukebox), or in the basement of the NQ Soup Kitchen (with a great recent live set on the 12th from Scruff of The Neck Records featuring Lake Komo), you could say that there are plenty of places to get down and dirty with the music.

Islington Mill, just over the water in Salford, is another favourite – an old converted warehouse with an unusual 24-hour license where parties go on at all hours of the day (An upcoming event there is A-Bound, a collaborative festival of alternative music set to take place on the 26th-28th March organised by Fat Out Till You Pass Out). Another inspiring venue (with a name just as enigmatic) as the Antwerp Mansion close to the student hub of Fallowfield, known for its resident club nights Rum&Bass; with recent DJ sets including Hyphen and J Plant. It’s a place proving that there is so much more to venues than centres and stages.

3) You need a strong stomach

A gig where you get a free vomit bag on arrival, courtesy of SADO-VISION™? That’s right! Islington Mill was the venue guilty of showing a shot-on-VHS gore fest complete with creepy music from a number of live bands. The event? Kurt Dirt, filmmaker and musician screening his hand-made film ‘Life is Cheap’, with help from IMPATV. Not only was it a whole host of homemade horror… but there were some of the most bizarre bands I have seen in a long time. Petrol Hoers dominated the stage complete with naked chests and plastic horse heads, whilst St Lucifer followed, serving up edgy electronic noise. Only in Manchester is some of the sickest horror served with a real live soundtrack. No wonder Anthony Burgess, author of the twisted tale ‘A Clockwork Orange’, was born here…

4) It doesn’t just push boundaries, it breaks them

Manchester has it’s very own version of the Riot Grrrl movement, if some of the city’s recent live action has been anything to go by.. The Band on the Wall highlighted this by welcoming a showcase of acts for a female-fuelled Saturday night; Wall of Sounds Beth Orton residency musicians including Natalie McCool, Elizabeth Vince, Becca Williams and Avital Raz. A brilliant ‘Here Come the Grrrls’ programme was also rolled our as part of Manchester’s Wonder Women Festival and International Women’s Day; celebrating female breakthroughs in the music industry– and there certainly is so much in the city, right now. The programme has already engaged with over 500 musicians , with the one-off showcase being a particular treat!

5) It’s got some of the best festivals, and not just for summer

Manchester likes to do things differently. Unlike Leeds and Reading, it doesn’t sell itself through a headline or wield names of ‘upcoming acts’ like a weapon. It doesn’t limit itself to summer either. Here the festivals are rebellious, raucous and brilliantly random…  Cosmosis being one such example. Blasting into Manchester on the 12th March and organised by Remake Remodel and Interstellar Overdrive, it was event set to override the speakers at the Victoria Warehouse. It brings together the best in alternative, rock and roll and psychedelia; diverse and international acts across four stages. It proves that this is a city where you can be an underground artist/creative and still have been given the chance to stand out. Acts such as The Brian Jonestown Massacre, The Ravonettes, Uncle Acid & The Deadbeats and Manchester’s very own PINS all made powerful impressions – just part of a long line of artists. There were also DJ sets with names as rad as Acid Box Brighton and Perfect Prescription – proving if anything, that music is the medication we need here in Manchester. Why not have a dose at the upcoming A-Bound – five days of up-and-coming promoters putting forward some seriously inventive acts?