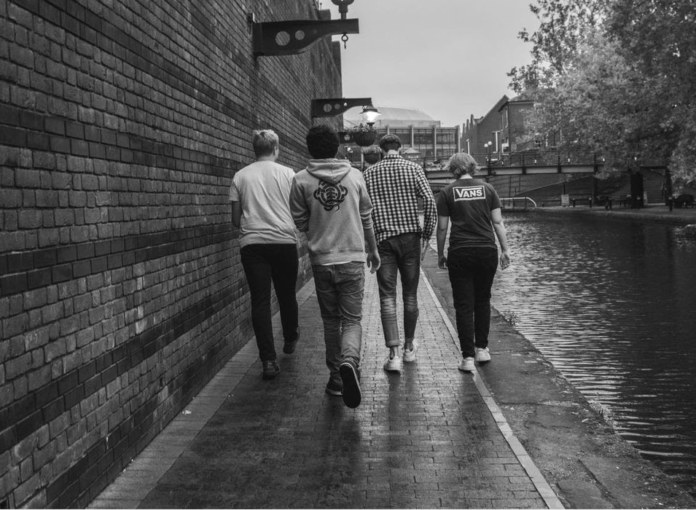 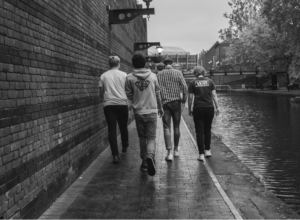 The Five O Fives introduce themselves to the world with a classic, crunchy lament to coming out of university. Sam Lambeth looks through the darkness to review.

“The next year’s a blur,” Alice Bloor tenderly cries on Five O Fives’ thunderous debut single. “I can’t return to that place.” Anyone listening would put these uncertain emotions down to lockdown, but nope – Through the Darkness is in fact a chronicle of the confusion one faces after leaving university. It’s certainly a watershed moment in many people’s lives – all of a sudden, the bubble of security and sleeping in is pricked, in favour of stumbling into the cattle market of career seeking.

To their credit, Five O Fives articulate this feeling of dashed optimism and adolescent longing perfectly. “Days pass, sick of always coming second to last,” Bloor sighs, sharing a feeling many aspiring young graduate must feel after yet another rejection. As debut singles go, Through the Darkness is a wonderful introduction. Tight, clattering drums give way to a needling guitar riff, before the chorus erupts into a jagged ride of rollicking distortion, pounding bass and Bloor’s silky smooth vocals.

Equally as appealing is the dynamic middle eight, which shifts gear into something more sensual and serene. “I’ve wasted all my younger years,” Bloor sighs with the tear-inducing regret of a person double her age. Five O Fives are another band managed by Indie Midlands, led by the wise and experienced Richard ‘Morph’ Morgan.

With him on their side – and plenty of new music promised for the future – it’s fair to say they’re already looking through the darkness to something much brighter.