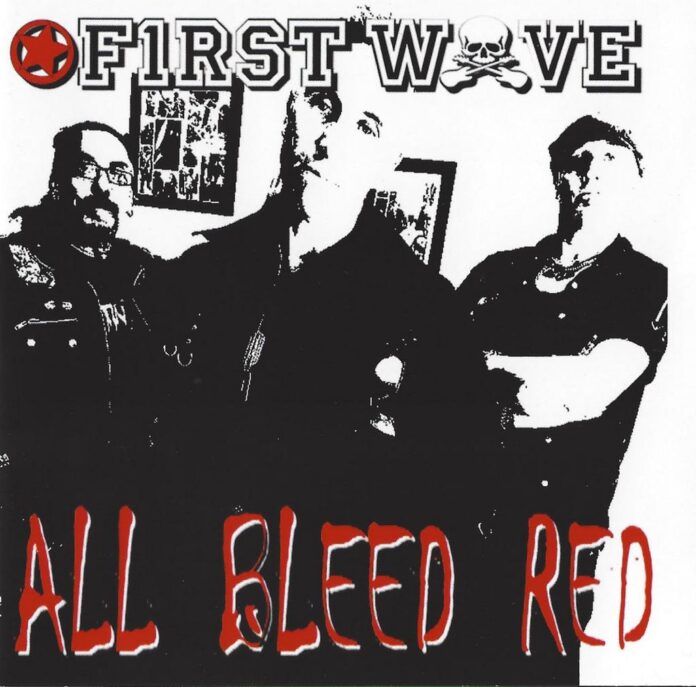 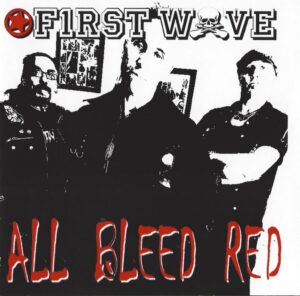 Second album from the Leicester based old school punks First Wave; the album is a tribute to murdered teenager Sophie Lancaster and from the opening rallying call of “Stamp out prejudice, hatred, intolerance…everywhere” it’s obvious exactly where First Wave’ roots lie; this is a direct link to the first murmurs of 77’ punk rock, the unbridled energy, the urge to create , to be heard overriding any notions of guitar virtuosity…the pace is pure UK punk, that moment when after The Ramones played and everyone bar the Pistols sped up…yob chants, simple, yet effective song structures all built around the timeless guitar, bass and drum structure.

‘Heretic’ displays a flash of modernism, with a momentary ska tinged breakdown, before hurtling into a pogo inducing, amphetamine fuelled maelstrom…’Gaza’, ‘Dancing With The Dead’ it’s like being transported courtesy of Dr. Emmett Brown’s DeLorean back to every punk venue and record store in the summer of 77, you can almost smell the vinyl that the band hand bundled into a Xerox sleeve before hoping Small Wonder would take a dozen copies.

‘Iris’ is less of a rage, though remains a strident call to arms, whilst ‘We Love’ having half inched the opening ‘Neat Neat Neat’ riff rightly declares First Wave’s affection for The Damned – the similarities between the two bands, certainly at the point of The Damned’ inception are obvious, unabashed energy, the chaos, simple, raw abrasive tunes hammered out at a blistering pace; this is then followed up with a straight forward cover of the Clash classic ‘Jannie Jones’…for me First Wave actually let themselves down with this one, I personally see no point in taking on the Clash at least with such a faithful rendition; closer ‘We Are The Wave’ a boisterous self-eulogy just to remind you who they are.

First Wave make no claims to musical invention, the name loudly declares quite where they position themselves; if unadulterated nascent punk is what you are looking for then First Wave are certainly worthy of your attention.