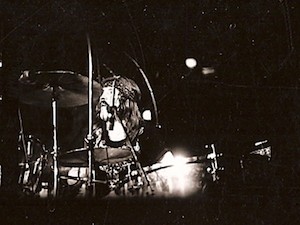 The first trailer for Led Zeppelin reissues has gone up, feel free to use and share.

The clip is previously unreleased, live from Paris, October 10, 1969. It is included on the Led Zeppelin album companion disc…..press release attached and pasted below.

The band have posted the link to their Facebook page and have tweeted it.

John Bonham, John Paul Jones, Jimmy Page and Robert Plant came together in 1968 as Led Zeppelin. Over the next decade, the band would become one of the most influential, innovative and successful groups in modern music, selling more than 300 million albums worldwide. Their songs are some of the most celebrated in rock ‘n’ roll history that, to this day, resonate with fans young and old around the globe. Still, no matter how many times you may have listened to their music, you’ve never heard Led Zeppelin like this before.

With the June 3 release of deluxe editions of Led Zeppelin, Led Zeppelin II, and Led Zeppelin III, the band will launch an extensive reissue program of all nine of its studio albums in chronological order, each remastered by guitarist and producer Jimmy Page. Led Zeppelin will also open its vaults to share dozens of unheard studio and live recordings, with each album featuring a second disc of companion audio comprised entirely of unreleased music related to that album.

“The material on the companion discs presents a portal to the time of the recording of Led Zeppelin,” says Page. “It is a selection of work in progress with rough mixes, backing tracks, alternate versions, and new material recorded at the time”

The Led Zeppelin legend began in January of 1969 with the group’s eponymous debut. From the opening salvo of “Good Times Bad Times,” on through to “Babe I’m Gonna Leave You,” “Communication Breakdown,” and “Dazed And Confused,” the album introduced the band’s unmistakable sound and left an indelible mark on the music landscape. Led Zeppelin has been certified diamond by the RIAA for sales over 10 million and was inducted into the Grammy® Hall of Fame in 2004.

The companion audio for Led Zeppelin features a previously unreleased performance recorded on October 10, 1969 at the Olympia Theatre in Paris. The nine-song set features seven tracks from the album, including an epic 15-minute version of “Dazed And Confused,” as well as “Heartbreaker” and “Moby Dick,” which would debut on Led Zeppelin II later that month.

The band wrote and recorded nearly all of Led Zeppelin II while touring relentlessly to support its debut album. Incredibly, the album was released just seven months after Led Zeppelin in October of 1969. Led Zeppelin II features some of the band’s most beloved tracks including “Ramble On” and “Heartbreaker” as well as “Whole Lotta Love,” considered by many to be one of the greatest rock ‘n’ roll songs of all time. The album is certified diamond by the RIAA with sales of over 12 million copies.

The Led Zeppelin II companion audio gives fans the first peek into the band’s recording sessions, with alternate mixes of five songs from the album, backing tracks to “Thank You” and “Living Loving Maid (She’s Just A Woman),” and the previously unreleased track “La La.”

Following the whirlwind success of their first two albums and near constant touring, Page and Plant took to the now famous Bron-Yr-Aur cottage in Wales in 1970 to start the early composition of Led Zeppelin III. They later convened with Bonham and Jones for rehearsals before entering London’s Olympic Studios to begin recording in May 1970. Fuelled by classic tracks such as “Immigrant Song” and “Since I’ve Been Loving You,” the album soared to the top of charts worldwide upon its release in October of 1970 and has since been certified 6x platinum.

The nine tracks featured on Led Zeppelin III’s companion audio continue to offer a window into the band’s recording process with seven studio outtakes of songs from the album as well as three previously unheard compositions: “Jennings Farm Blues” (an instrumental forerunner of “Bron-Yr-Aur Stomp”), “Bathroom Sound” (an instrumental version of “Out On The Tiles”), and their take on the blues classics “Keys To The Highway/Trouble In Mind.”

Led Zeppelin continues to be honoured for its pivotal role in music history. The band was inducted into the Rock & Roll Hall of Fame in 1995, received a Grammy Lifetime Achievement Award in 2005, and a year later was awarded with the Polar Music Prize in Stockholm. Founding members Jones, Page and Plant – along with Jason Bonham, the son of John Bonham – took the stage at London’s O2 Arena in 2007 to headline a tribute concert for Ahmet Ertegun, a dear friend and Atlantic Records’ founder. The band was honoured for its lifetime contribution to American culture at the Kennedy Center Honors in 2012. In January of 2014, the band won their first ever Grammy award as Celebration Day, which captured their live performance at the Ertegun tribute concert, was named Best Rock Album.