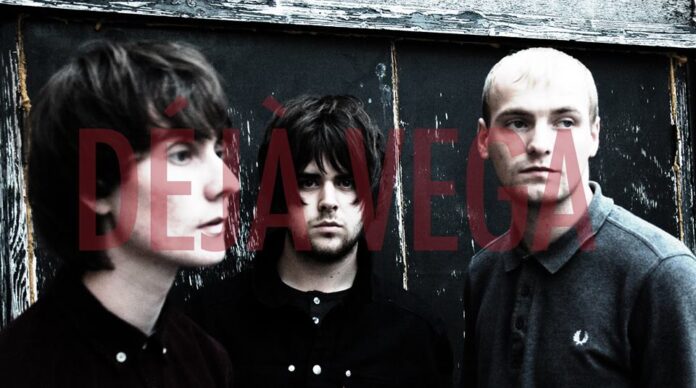 Great north west three piece Deja Vega have released a new live track and you can get your first listen here on Louder Than War.

In a previous incarnation they were Deadbeat Echoes (Louder Than War records released their ace debut Surge of Youth / Forces) but having reconfigured late last year the early material from Deja Vega indicate the band have only benefited from the evolution.

The live track, currently listed only as ‘untitled new song’, gives a feel for the spiralling, garage rock the band are producing. The track hits another level altogether around the four-minute mark as the repeating refrains give way to tumbling riffs and full on psych rock two minute outro.

We’re excited to hear what this band does next and we think you should be too – ones to watch for 2014.

Catch Deja Vega on one of the following live dates: