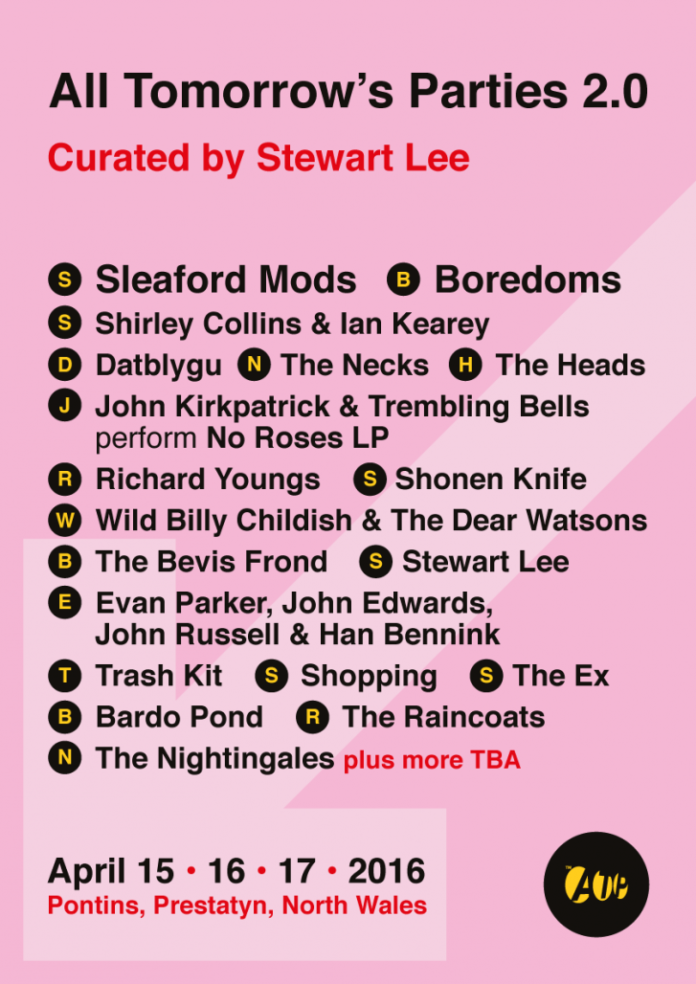 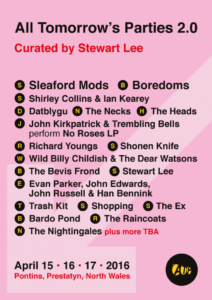 Stewart Lee has announced his first raft acts for ATP festival in Prestatyn next year and it’s a great line up.

All Tomorrow’s Parties 2.0 curated by Stewart Lee tickets are on sale now: https://www.atpfestival.com/events/atp042016/tickets

Ordinarily overseen by musicians, 2016’s All Tomorrow’s Parties line-up is hand-picked by acclaimed comedian, writer and renowned music enthusiast Stewart Lee, who joins the few alternative cultural figures who’ve curated the festival in the past including the Simpsons’ Matt Groening (2010) and visual artists Jake and Dinos Chapman (2015). Stewart Lee will also be performing stand-up comedy, interpreting John Cage and hosting panels over the festival weekend.