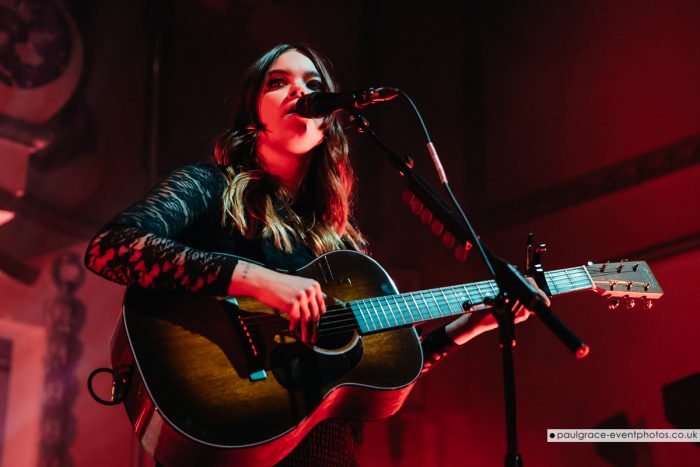 First Aid Kit recently put on an intimate show in Shoreditch Town Hall and stunned the crowd with an incredible performance. Paul Grace reports for Louder Than War.

Hot on the heels of new single It’s a Shame, First Aid Kit are in London for an intimate show in the uber-trendy Shoreditch Town Hall. The venue, normally the home of the National Centre for Circus Arts, oozes Victorian grandeur with high ceilings, Italian marble panelled walls and a Matcham style balcony.

Support comes in the shape of American folk singer Van William who sets the scene perfectly for the Swedish sisters. His songs are shuffling feel good tunes with fabulous singalong choruses. Between tracks there’s plenty of banter with the audience and the First Aid Kit sisters make an appearance towards the end of his set to provide backing vocals to his latest release Revolution. 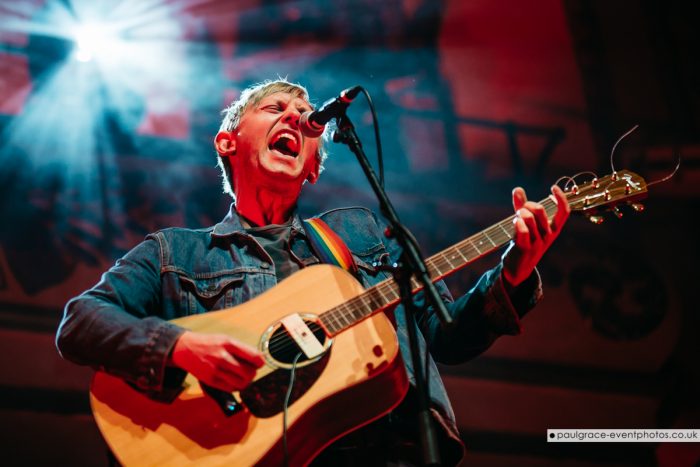 The Söderberg sisters are all smiles when they hit the stage for their headline set accompanied by their backing band and receive a rapturous welcome from the crowd.

Kicking off with the Jolene influenced Wolf, singer Klara’s vocals are simply breathtaking – note perfect and fully convincing and her shimmering guitar is underpinned by sister Johanna’s thunderous bass.

The set is a mix of familiar songs together with a selection of newer tracks offering a taste of what’s to come when new album Ruins is released in January next year.  To introduce new tune Fireworks the girls comically sing the chorus to the Katy Perry song of the same name. The new track is full of familiar folk swagger with searing vocals shared between the two sisters.

The mood takes a serious turn for You Are The Problem Here, the song penned in response to a rape case in which the perpetrator was handed a ridiculously lenient sentence due to him being drunk when he carried out the act. The girls scream the lyrics with absolute conviction, “I hope you fucking suffer”. 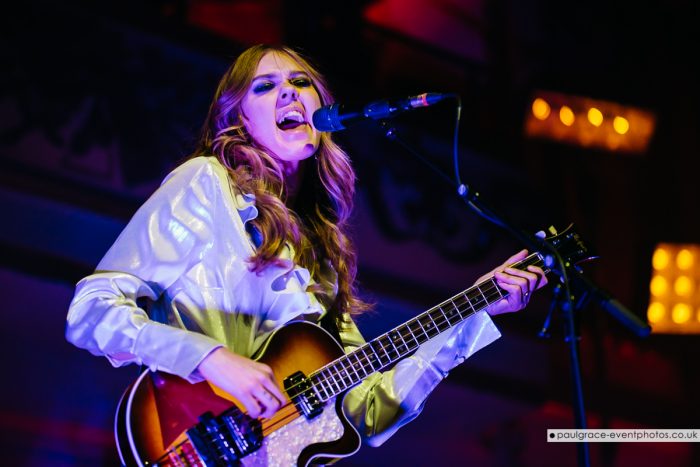 The lighting throughout the show is dark and moody and weirdly more goth than folk but very fitting for the vibe all the same. The set comes to a close with Emmylou and its euphoric chorus fills the room with light, love and hope.

The girls return for a three track encore. First up it’s Ghost Town; a spine-tingling rendition sung without microphone and with a simple spotlight to illuminate the girls. The night finishes with personal favourite My Silver Lining, and the fans scream the lyrics like their lives depend on it.

Johanna humbly admits at the very end that despite the show being sold out, she was anxious that no one would turn up. But she needn’t have worried for tonight was one of those very special occasions where everything just clicked and it actually felt like there was magic happening in the room. The girls and band were on fine form, the venue appropriately quirky and the crowd full of enthusiastic support. A very special show and strong contender for personal gig of the year.