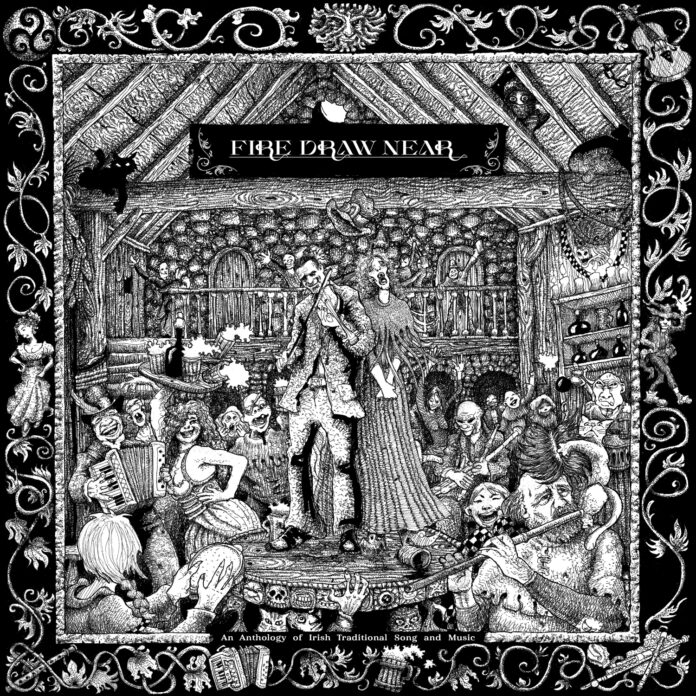 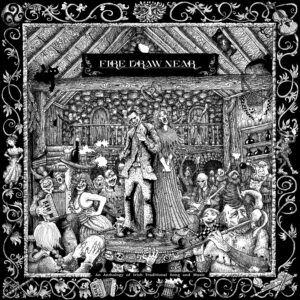 Mesmerising collection of Irish traditional music, resonating on many levels.

Selected by Ian Lynch, a founder of the folk collective Lankum, Fire Draw Near seems to be a result of diligent research. The idea for the compilation came from an eponymous series of podcasts on Irish traditional music. In the recent episode, Lynch draws the line between this form and folk as a broad term. “There is no European classical tradition in this country, there is, on the other hand, a highly developed traditional music which is because it is orally transmitted must be considered essentially as folk music. For example, in the Orient, you have music that is orally transmitted but is still highly developed […]. Here we also have highly developed traditional music, very complex, very sophisticated but it is more oriental than Western.”

One of the gems of the compilation is emblematic of the implicit East-West connection. Recorded by Peggy Seeger and Ewan MacColl (playwright, folk song collector also known as James ‘Jimmie’ Miller), Amhrán na hEascainne recounts the story of Lord Randall. Although having Anglo-Scottish origin, the ballad was translated into Irish and became a popular song on the neighbouring island. The traditional music of Ireland often relies on storytelling and quite a few poetic texts have been adapted for singing. Defined by casual field recording quality, the song is preceded by a brief conversation between the performer Joe Heaney and MacColl. “You know the story better than I do,” says Heaney to the collector, apparently hinting at his English origin. Singing in an a capella style known as sean-nós, the performer produces a hypnotizing harmony whose undulating nature alludes to Indian ragas.

Although aimed to define heritage belonging to a particular place, traditional music evenly sums up processes on a global level. One more example of how distant cultures might echo one another is the opening Woman of the House by the Raineys. Chirping fiddles produce celebratory tunes which equally remind of traditional Estonian and Danish dance instrumentals. Gently delivered through layers of muffled sound, their trills seem to be similar to archival photographs whose reluctant characters mysteriously smile at or give a shy look to a contemporary spectator.

Recorded in various venues and performed by artists of different backgrounds, these songs reincarnate the energies that have contributed to the layers of sounds and meanings. In the words of Rob Young who quoted Cecil Sharp in his book Electric Eden, “don’t seek the ‘original’ copy […]; focus on the transformations themselves – for they are the substance of the song”.