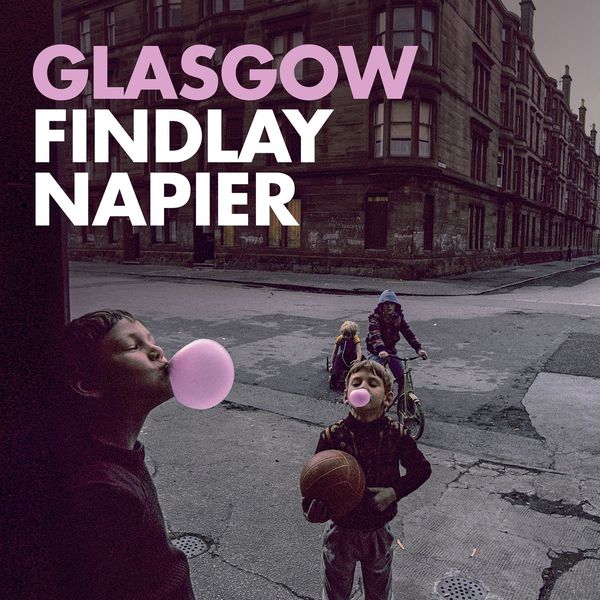 His recent release, VIP: Very Important Persons and the EP of follow ups, Very Important Extras were fascinating collections built around the theme of interesting yet unconventional characters. Maybe no surprise then that Findlay Napier has stuck to a model which offers offbeat similarity as he sticks close to home.

Born in Glasgow, observing Glasgow from a distance and returning to live in Glasgow, Findlay Napier has amassed enough material to create a set which encapsulates the city. None so more so than in the opening lines of the record that follow the church bell chimes that call us together: “Up there in the graveyard where all the weirdos go.” You guess that, yes, the off kilter quality is going to be a strong feature along with more astute and poignant reflection.

Through a kickstarter campaign, he’s gathered 11 of his own songs, some written in partnership with Boo Hewerdine and some covers of his favourite Glasgow songs. Once again the record finds him teaming up with the low key, huge impact presence of Boo Hewerdine; the duo just on acoustic guitars (Hewerdine’s the ‘high strung’ version) and some BVs from Donna Maciocia. Glasgow feels a suitably intimate and reflective collection.

From the outside in, the cover shows a typically washed out image – an almost deserted tenement street corner, a tarmac patched road in need of some council attention and a small group of kids blowing bubblegum and carrying an old lace up football (or casey as we called them). A sign of the times.

Subject matter ranges from the homeless to the shipyards, from Glasgow chip shops and onto the Old Firm derby in Julia Doonan’s Glasgow (“Streets get ready for another fight”). And gravedigging; for trivia buffs, St Anthony is the patron saint of gravediggers. Inspired by a Radio 4 documentary on the subject, the routine and the mundane are coated with a daydreamy fancy and irreverence.

The Hamish Imlach cover of Cod Liver Oil And The Orange Juice is quintessentially Scottish juxtaposed with a Blue Nile cover that evokes memories of easy halcyon student days and there’s the empathy in the perfectly match of Anna Pollock’s Marchtown (Napier notes, “I walk through Marchtown every day”). Packed with references to Glasgow locales, perhaps the most convincing are the Napier/Hewerdine period piece The Locarno, Sauciehall Street 1928 and There’s More To Building Ships. Originally a contribution to the Shake The Chains project. The customary Napier humour and contemplation tempered by a tinge of uncharacteristic, well not quite anger or rage but more of a controlled passion.

Glasgow is a mind map of an album that belongs in a ‘Scottish culture for tourists’ pack. Aside from all the usual streaming, downloading and retail outlets, it should have pride of place on the local interest shelves of all good bookshops.

Watch Findlay performing in Songs From The Shed here: