Home Blogs Film Review – The Last of the Unjust 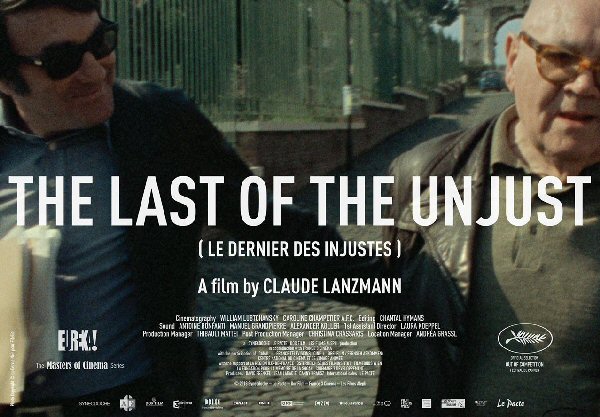 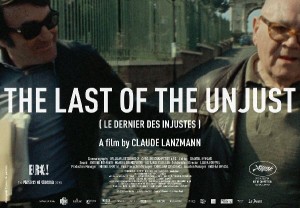 Released theatrically in the UK and Eire: 9 January 2015

Soon available as part of the new Masters of Cinema blu-ray collection, The Last of the Unjust is the story of Hitler’s ‘model ghetto’. Louder Than War’s Jamie Havlin reviews.

This time last week I wasn’t aware of the story of Rabbi Benjamin Murmelstein, the final and only surviving president of the Jewish Council in Theresienstadt, the so called ‘model’ ghetto, set up purely for propaganda purposes by the Nazis during World War II and portrayed by them as ‘Hitler’s gift to the Jews’.

Now his story is one that I will never forget.

Murmelstein is a fascinating man, loquacious and larger than life, fiercely intelligent, complex and contradictory too. He describes himself as a ‘calculating realist’, a man who decided that an element of cooperation with the Nazis was his best chance to save fellow Jews from being sent to the death camps.

In the film he vehemently denies ever abusing his powers but interestingly, at times, he seems to almost boast about his ability to fulfil the directives of his SS bosses such as Adolf Eichmann, the man responsible for the setting up of Theresienstadt and a key architect of the Holocaust. Murmelstein also defends certain actions that helped uphold the deceptions of the Nazis, such as a propaganda film where the Jewish residents are shown enjoying playing chess, taking evening classes and watching organised football matches, justifying his stance by pointing out that keeping the camp in the public consciousness helped ensure it would not be liquidated.

Murmelstein remained a controversial figure until his death in 1989. Accused and tried as a collaborator in the years following the war, he was acquitted of all charges against him although many continued to castigate him; indeed, the historian Gershom Scholem called for him to be hanged, a fate that a bemused Murmelstein reveals he somehow deemed inappropriate for Eichmann after his famous trial in Jerusalem. ‘He was a great scholar, but he’s a bit capricious when it comes to hanging.’

The subject of the documentary may be Murmelstein but the presence of the director also looms large. Best known for his epic and haunting nine and a half hour documentary Shoah, Claude Lanzmann here uses previously discarded footage that had at one point been considered for that masterpiece.

This might sound like the kind of material more suitable as extras for a future box set edition of Shoah (and The Last of the Unjust will also become available shortly as part of the new Eureka Masters of Cinema Blu-ray box set ‘Shoah and Four Films After Shoah’) but it’s easily strong enough to work as a stand-alone film too.

During the course of the documentary, Lanzmann appears both as a robust looking, though heavy smoking, fifty year old man interviewing Murmelstein in Rome over the course of a week in 1975 and then frail and grey in his late eighties, as he visits key locations in the story such as the Bohušovice train station where tens of thousands of Jews would ‘be disembarked’ by the Germans to Theresienstadt, and the spot in the camp where SS officers erected a gallows where residents would be hanged for the most minor of offences.

Along with Murmelstein’s long and detailed descriptions of life in the ghetto, Lanzmann employs footage of the aforementioned Nazi documentary along with paintings and drawings created by artists from the community that describe a far different world to the cruel fiction of that film. These artworks, which had to be hidden deep underground, portrayed the real Theresienstadt, such as the carts piled high with the corpses of the Jewish inhabitants who died due to overcrowding and the atrocious sanitary conditions as well as starvation.

The most compelling part of the documentary however is when the two men are locked in conversation: Murmelstein laughing off Hannah Arendt’s famous ‘banality of evil’ depiction of Eichmann; Murmelstein speaking of the impossibility of being an Elder and likening the experience to being a marionette, ‘a marionette that is that pulls its own strings’ and also admitting he had several opportunities to emigrate himself but despite inevitable reservations, decided to stay on in Vienna after the Anschluss, feeling that there was much that he could accomplish there. ‘Maybe I thirsted for adventure.’

Lanzmann is no fawning interviewer. ‘How come you’re alive?’ is one early question and later Murmelstein accuses him of ‘playing the prosecutor’.

During the documentary, viewers will ask themselves what was the moral way to behave in the truly desperate circumstances that Murmelstein found himself placed into.

Would a more obviously heroic stand against Eichmann and the Nazis have achieved more?

As the interview proceeds though, it becomes apparent that this man improved conditions for many; particularly the elderly and undoubtedly saved countless lives. It’s heartrending to discover that he wasn’t considered trustworthy enough to be called to give evidence at Eichmann’s trial, where his direct participation in the Kristallnacht couldn’t even be substantiated, although Murmelstein himself had witnessed him the Vienna synagogue where he officiated with a crowbar vandalising religious artefacts.

This isn’t quite the classic that Shoah was. Some editing could have tightened up the film, without necessarily rushing a subject matter that should never be rushed. It certainly requires some patience on the part of the viewer, for instance, the film opens with some lengthy scrolling text explaining the creation of Theresienstadt and many scenes consist of Lanzmann reading key documents such as Murmelstein’s memoir from sheets of paper.

Those who persist with it, though, will be deeply rewarded and today, when Holocaust denial is still far too common, this enthralling and highly illuminating film deserves as wide an audience as possible.

For more information on the release and screening click here.

All words by Jamie Havlin. More from Jamie can be found over at his Louder Than War Author Archive.