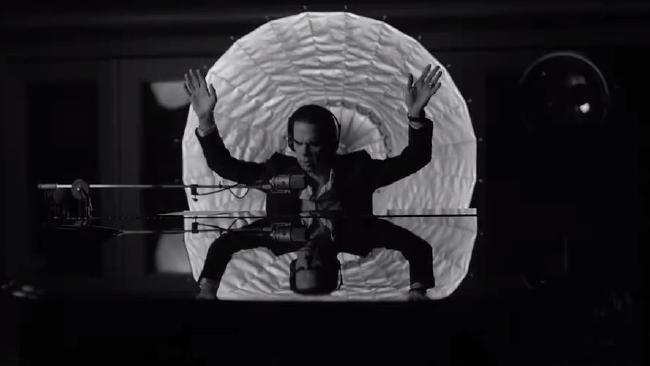 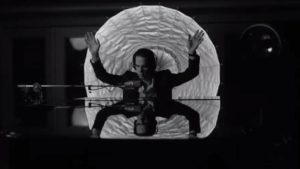 Grief comes in various forms, stages, manifestations… there’s no rulebook that’ll get you through it. For some, religion suffices, for others, it may be throwing themselves into their work.

Certainly opening up to people helps, and in this case it’s opening up to whole cinemas full of them. Nick Cave spends much of One More Time With Feeling questioning what he’s doing.

Making a film so soon after such a catastrophic event could be considered a risky endeavour, and yet perhaps after such a loss, one might not feel there’s anything left to lose.

Certainly the need to reach some kind of catharsis through art is logical for the artist, and it’s credit to Cave and the Bad Seeds that they undertook this most intimate of processes at such a difficult time. As Cave says himself, words are inadequate; “words are bullshit”.

One More Time With Feeling is an extraordinary film that offers an insight into the darkest emotional recesses of the human condition. In many ways it’s a lot to ask of the viewer, and while you’re likely to be filled with compassion, you watch nervously for what might come next, and you wonder if you should be allowed to get this close to the raw grief of a family that isn’t your own.

Cave, who is usually so sure footed, stumbles and stutters uncharacteristically as he tries to make sense of what’s happened, and of what’s happening to him as a result. At one point he recounts being in a bakery in Brighton and somebody saying “we’re with you man”, with all eyes then turning and focusing on him.
Everyone’s “nice” about it, he says, “but when did I become this object of pity?”

We’re more than an hour in before Susie Cave mentions Arthur – their son’s name. She’s the first to say the word as she shows the camera a painting he did that depicts the scene near where he died.

Arthur is not so much the elephant in the room as the spirit that drives the picture, and yet even addressing his name still seems too painful.

Cave says there is no comfort in “greeting cards platitudes” of the “he lives on in your heart” variety either. Cliches in the face of grief can be maddening, though perhaps it is not the time for others to become creative when people are plunged into their darkest hours.

Platitudes are set pieces for those who find it difficult to express themselves, certainly in situations of such gravity, and the idea that a spirit lives on is comforting to some. Not to Cave it isn’t. He’s not angry but bewildered.

One More Time With Feeling is a beautiful film that deals with grief in a very adult way. It also repudiates the nonsense about tragedy being the fuel of creativity. The Bad Seeds singer says himself that the event was so seismic that there’s no room for the creative muse to manifest.

However, if the music is almost a sideshow, then the tracks played from Skeleton Tree – surely the most difficult album the band has ever had to make – are beautiful, inventive and heartbreaking. It’s difficult to appraise the record in the usual way one might critique a new album, but with time it’ll be easier to assess its worth.

At one stage Cave dismisses the longevity of his own work, but you sense this will be judged as something truly important, perhaps when the pain subsides to the point where it’s no longer unbearable to breathe. There’s no correct way to get through loss, and one can only hope these creative endeavours will provide some succor for everyone involved.