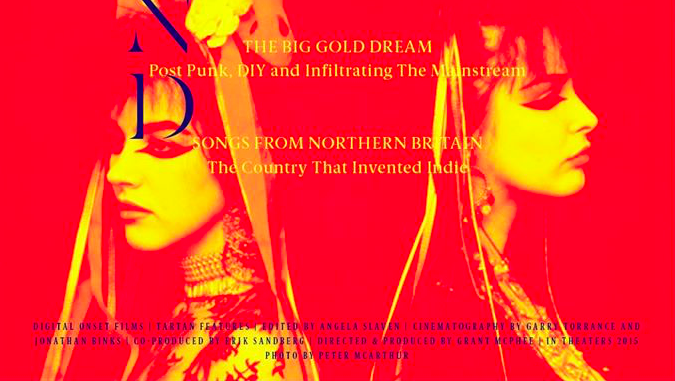 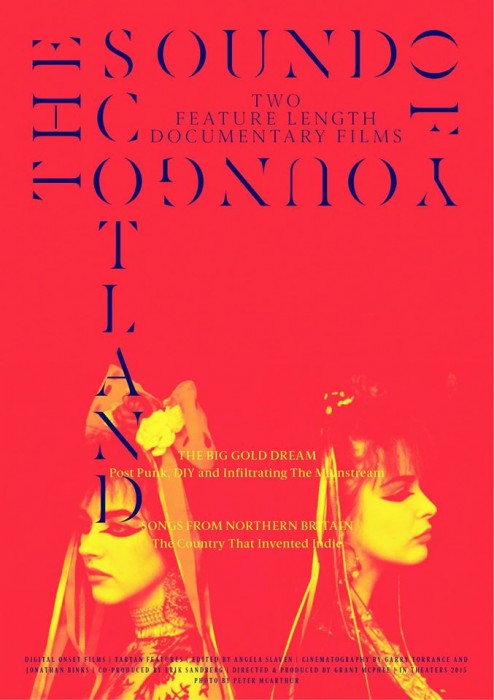 This coming Friday, as part of Edinburgh International Film Festival, a documentary titled “Big Gold Dream: Scottish Post-Punk and Infiltrating the Mainstream – 1977 – 82″ will be receiving its first ever screening. Gus Ironside provides us with a little more information about a film that documents what was a vital and influential time for Scottish music.

Scotland’s post-punk music scene in the early to mid-80s is one of the last great untold stories in rock ‘n’ roll. The scene seems to be undergoing somewhat of a resurgence in interest and influence at the moment, so now is the perfect time for director Grant McPhee’s documentary film ‘The Sound of Young Scotland’. More accurately, the film comprises of two separate documentaries, ‘The Big Gold Dream: Scottish Post-Punk and Infiltrating the Mainstream- 1977-82’ and ‘Songs from Northern Britain: The Country That Invented Indie Music’. ‘Big Gold Dream’ is being premiered at Edinburgh International Film Festival this Friday, with ‘Songs from Northern Britain’ being released at a later date.

Scotland’s influence on the development of the indie scenes throughout the UK, US and beyond is perhaps the more widely acknowledged part of the story, yet it is the earlier Scottish post-punk scene which yields an embarrassment of riches, with the likes of Scars, The Fire Engines and Josef K, producing thrilling, ground-breaking music, that is much-respected even though it never really broke through to a wider audience.

McPhee has assembled an astonishing array of interviewees for the films. Davy Henderson of The Fire Engines -a Puckish Captain Beefheart obsessive with a mischievous smile never far from his lips- lights up the screen; with a quick wit and natural charisma, it’s hard to understand why Henderson remains a cult figure, known only to a few. Similarly, Robert King of Scars is a fascinating character who continues to make compelling music with the criminally overlooked Opium Kitchen.

Henderson, meanwhile, is still producing great, intellectually-stimulating music with buckets of wit and charm in the form of The Sexual Objects. Band-mate Douglas MacInytre- head of The Creeping Bent Organisation record label, which has released records by New York electro-punk pioneer Alan Vega- is also interviewed.

McPhee has packed so much into these films, it’s almost too much to take in in one sitting. The story is rich and fascinating, with interesting characters and musical innovation. James King (AKA Jimmy Loser) emerges as one of the most perceptive commentators on the scene, in spite of his reputation for having been one of the more hedonistic and abrasive of the prime-movers in the scene. There are surprises aplenty here.

Certain bands, notably Orange Juice, Aztec Camera and The Jesus and Mary Chain, were to break out of the scene and enjoy chart success. Continuing the lineage, Teenage Fanclub and Belle and Sebastian would later become mainstays of the UK indie scene.

Both films are essential viewing for anyone interested in post-punk and the late 80s /early 90s indie scene; don’t miss them.

‘Big Gold Dream’ has its world premiere at Edinburgh International Film Festival, Edinburgh Filmhouse, Lothian Road, on Friday 19th June. There will be a second screening at Odeon Lothian Road on Saturday 27th June and also a screening at The Belmont in Aberdeen on Thursday 23rd June.

More information can be found at the film’s page on Facebook. Also watch the film’s trailer at the top of this page.